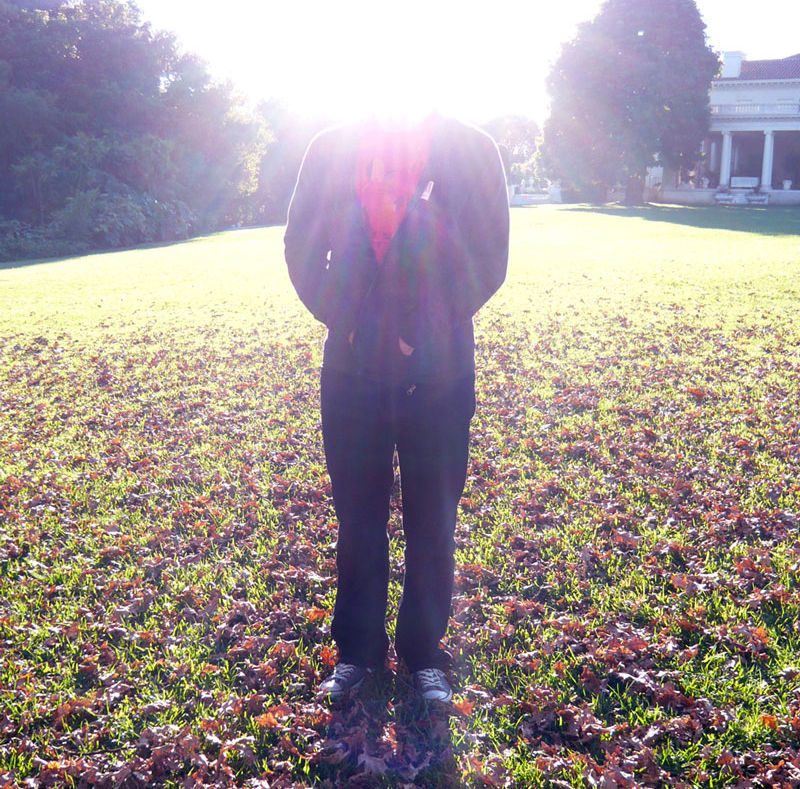 Can weathermen inspire a longtime musician to break out on his own and start his own labor of love project? Well, yes and no. “I felt a kinship to [weathermen] because they perform alone.” Even though the LP The Imaginary Friend Ship was record entirely by himself, Sonnyskyes has enlisted some friends to help him perform his brand of stripped down lo-fi garage pop that ranges from 13th Floor Elevators psych to early 60’s fuzzed out pop live. The debut LP The Imaginary Friend Ship from Sonnyskyes took three years to complete, but has very quickly gathered attention in LA Record, led to shows with Lovely Bad Things and Burger Records agreeing to release the cassette version of the LP.

Who is in the band and what instrument do they play?
Sonnyskyes is my personal recording project.
When I do play out, I have a great backing band: Jonny (guitar) and Kevin (drums) from the Crystal Antlers and Josh Teague (bass).

How did the band start?
I have been recording music since high school. My sketches would be handed over to one of the bands I played in and reinterpreted. I am no longer in a band. So, I decided to really get into the recording process and the concept of Sonnyskyes was born.

Originally the band was called Sonnyskyes & The Telepathics. Why did you decide to drop the Telepathics part?
Sonnyskyes is my weatherman name! I felt a kinship to them because they perform alone. I love the idea that weathermen “predict” the weather. So, the Telepathics was what I called my imaginary band.

Since you have played in bands before, was going solo and recording every instrument yourself liberating musically or far more pressure or both?
Liberating yes! But I had to be disciplined which meant I put a lot of pressure on myself. I had to get in the mindset of each instrument and member of The Telepathics. For example, I would define what the Sonnyskyes bass player would do on a given track.  Then I would pretend I was that bass player, lean against the wall, pretend I had a cig hanging out of my mouth and lay down the bass line. I guess every instrument that was not vocals or guitar I had to define parameters for that member of and stick to the script.

What made the final decision to just go ahead, record everything and self-finance the LP yourself? That’s a big decision and commitment? What was the timeframe of the entire process for the LP from the start of the writing to the first press of the LP?
The project took almost 3 years to wrap up.  I worked so hard for so long I felt just a digital release did not do it justice. It became my baby and I only wanted the best for it!
It is a piece of art to me.

At any time during the writing process, did you miss the collaboration that does happen with a band?
Actually no! However once I started rehearsing the songs with friends to play a few shows… I realized how much I missed it! Collaboration through music is kind of unique as opposed to other art forms… not many people get together and abstract paint.

I was reading on the Let’s Die Friends blog, that you were recording bass and drum tracks at lunch? If this is true, how did you not get in trouble? Also that’s pretty cool that there is an available room at your job to lay down tracks.
While recording the “The Imaginary Friend Ship”, I had a band room at work. I would come in early and mic the drums, lay the tracks down at lunch and then eat at my desk.  Sometimes I would record after hours or on weekends too. I also would record vocals there. It was much better than singing in my spare room at home for all my neighbors to listen!

Currently on Bandcamp, Sonnyskyes LP is available in entirety for free. Is there a reason for this? Is a limited time deal?
I actually paid $20 so I have 1000’s of free downloads.
I love this record and I want people who want it to have it.

LA Record wrote, “Sonnyskyes revels in a fresh presentation that eschews predictable and traditionally packaged rock music for a more untutored, irreverent palate. The album wears its lo-fi sensibilities proudly on its sleeve.” Now that the LP is out, how do you feel reading that first batch of reviews that is coming in?
Awesome! I have played in a few bands and feel like I really have not received this level of positive feedback before. My heart went into these songs and I feel that people can hear it!

Sonnyskyes has received some positive praise rather quickly. This has got to be rewarding. KCRW posted on their site about an early show with Lovely Bad Things, good review in LA Record and isn’t Burger Records putting out the cassette version of the LP? Not to mention the LP itself was showcased on the Pirates Press blog. This has got to be great after all the work?
Burger IS going to release a cassette! I pulled the Best Coast cover off the Burger version and replaced it appropriately with my Colleen Green cover. The response has been quite amazing! Pretty awesome considering it is just I recording tracks in my bedroom.

Sonnyskyes have a played a few live shows so far. At this point is this the direction the band is heading?
I am back to writing and recording new songs. This time around I plan on stepping up the production a bit… Maybe recording final drums and vocals at Jonny’s Cathouse Studio. I think it would be cool to record 4 songs and maybe 2 from the “Imaginary Friend ship” with the live band of pals.  All the while see about lining up some great shows.

Where can people hear the band?
Download album(s) on my bandcamp for free!
http://sonnyskyes1.bandcamp.com/

My soundcloud where I post more ideas and demos.
https://soundcloud.com/sonny-skyes

What’s next for Sonnyskyes?
I plan to just keep at it… for whoever cares to listen!


Posted by Audio Ammunition at 2:46 PM