In this, our fantastical debut episode, we talk about how we all discovered punk music, the Netflix Motley Crue biopic The Dirt, Sex Pistol's guitarist Steve Jone's autobiography Lonely Boy: Tales From A Sex Pistol and our love for Drunken Sailor Records. Enjoy! 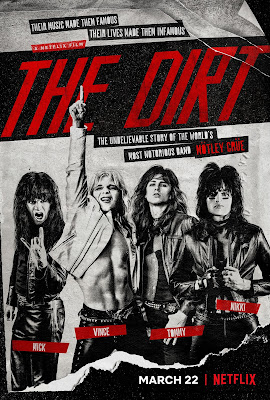 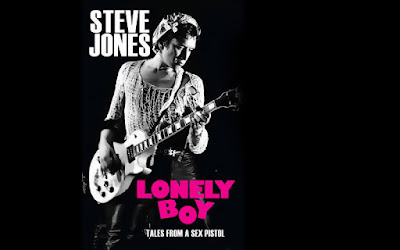 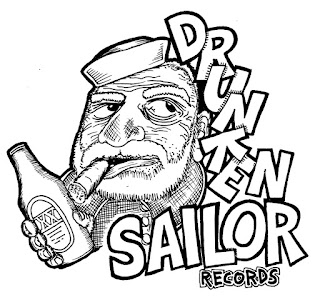 
Audio Ammunition is a monthly podcast that covers music in all forms whether it be in film, TV, digital and/or vinyl release. Audio Ammunition originally started as a blog concerned with giving much needed press to local and smaller bands. We primarily deal with punk, power pop, new wave, garage, indie, and hardcore.

Posted by Audio Ammunition at 11:47 PM No comments:

More Fuel For The Listening Fire 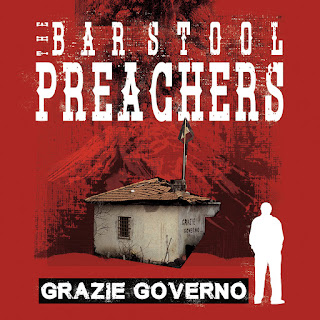 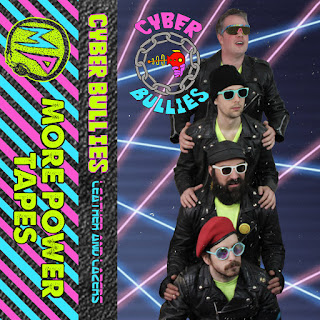 Cyber Bullies – Leather and Lazers Cassette (More Power Tapes)
Cyber Bullies are a fast, sloppy mess. The Bullies hail from Buffalo, NY and feature two members of Radiation Risks. Leather and Lazers is like a lo-fi garage punk with some So Cal influence keyboards added. Cyber Bullies play five songs in five minutes with quirky vocals. I have a feeling there may not be a middle ground on this one.   – Ed Stuart 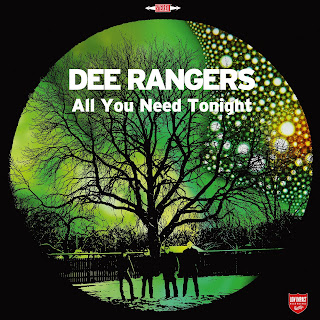 Dee Rangers – All You Need Tonight LP (Low Impact)
This record is such a treasure that it made my Top Ten of last year. Dee Rangers, from Stockholm, Sweden is combination of power pop, ‘60’s garage, R&B and rock n’ roll. All You Need Tonight is a like a shot of ‘70’s era Flamin’ Groovies mixed with Sonics fury. This is the band’s seventh LP, yes, you read this right, and it’s as good as some band’s debuts. Melodic, fun, and upbeat, what more do you want?  – Ed Stuart 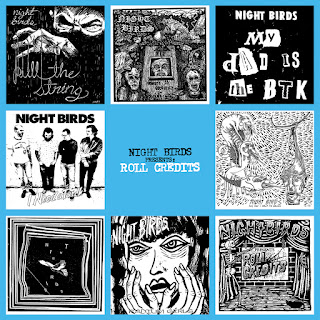 Night Birds – Roll Credits LP (Fat Wreck)
If you have read any of my other Night Birds, you know I’m a fan. This LP is no different. Night Birds are now a five piece since their original guitarist re-joined the ranks. Roll Credits adds a touch more pop, listen to “Radium Girls” and their cover “I Need A Torch” by Suicide Commandos. Yes, Night Birds still has rippers like “My Dad is the BTK” and “White Noise Machine” and overall they still tap into all the classic ‘80’s So Cal sound mixed with their surf sound. Roll Credits is also available as a 7” box set with different songs having the covers drawn by different artists. – Ed Stuart 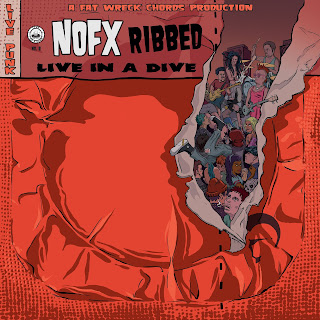 NOFX – Live In A Dive - Ribbed LP (Fat Wreck)
This is the eighth LP in the Live In A Dive series. Live In A Dive is a series that was on hiatus, but gets a rebirth with NOFX’s offering Ribbed. Ribbed, originally in 1991 and this live recording is from 2012, features the NOFX classic “The Moron Brothers.” Ribbed was the last LP to feature Brett Guerwitz as producer and the last LP to feature a different guitarist than El Hefe before he took over guitar duties. What can I say about this LP? Ribbed is more punk/metal than later NOFX records, which might have influenced later Fat bands like Propagandhi and Lagwagon. Ribbed did also help build the NOFX sound which they have stayed with ever since. This live LP has commentary by the band about how hard these songs are to play live, which is pretty funny considering how many years these have been playing these songs.  – Ed Stuart 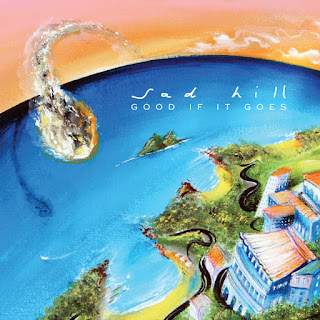 Sad Hill – Good If It Goes LP (Self-Release)
Sad Hill is right on the borderline. Good If It Goes has each foot in different worlds. One being late ‘80s college rock and the other being melodic ‘90’s alternative rock like a Jimmy Eat World meets Everclear. Sad Hill, from Western Australia, definitely employs the melodic verse and crunchy power chorus to good effect, which was featured heavily in both decades.  – Ed Stuart 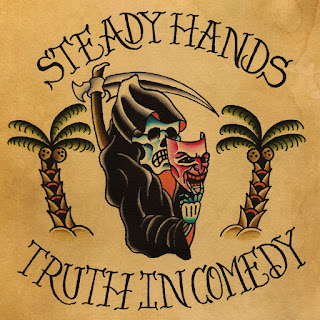 Steady Hands – Truth In Comedy LP (Lame-O)
Steady Hands is Sean Huber’s solo effort. Who is Sean Huber? He was the drummer in the widely popular Modern Baseball. Huber, backed by a group of Philadelphia musicians, wisely did not recreate his previous band. Truth In Comedy is more emo meets Americana with Huber out front and center. Steady Hands is a chance for the drummer to show his stuff and not be behind the kit.  – Ed Stuart 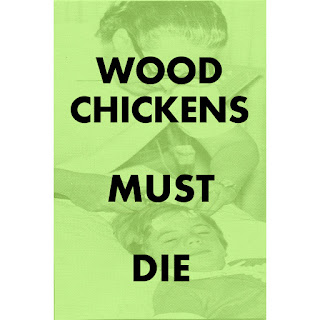 Wood Chickens Must Die – S/T EP (Crush Grove)
“We Skate In Boots,” might be the driver of this EP. Wood Chickens, supposedly cow punks, but sounding more like a skate punk on this EP to me. I’m thinking JFA, early DRI, maybe a touch of early Supersuckers on this S/T EP. “Return of Skunk Ape,” is an answer to the earlier “Skunk Ape,” which is more country punk. I’m not sure. Wood Chickens want to keep you guessing and sometimes that isn’t bad.  – Ed Stuart