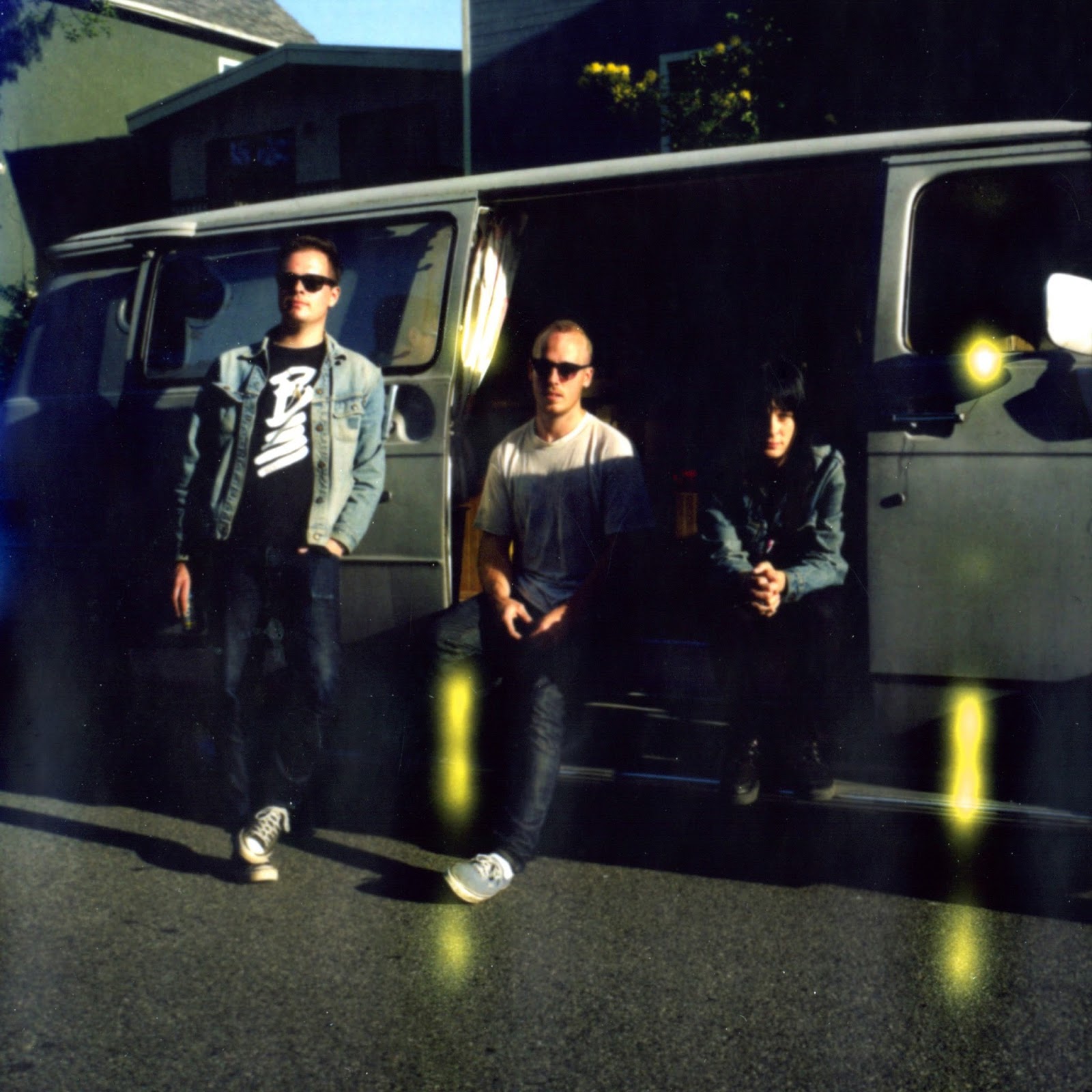 Needles//Pins mix of Teenage Kicks-era Undertones and the underrated Protex has garnered the band a lot of attention and placed them on a few “Best of” 2012 lists. This year the band has two singles being planned for release this summer, one on La-Ti-Da Records. In addition to the two singles, Needles//Pins are writing the follow up to their 12:34 LP, completed a recent tour of the US and are now playing at Ottawa Explosion this year. Not bad for a band that started because two of the members “needed an excuse to get drunk on Wednesday nights.”

Where is the band from?
We are from Vancouver, Canada

Who is in the band and what instrument do they play?
Macey plays drums, Adam plays guitar and Tony plays bass

How did the band start?
Adam and me were living next door to each other, and we needed an excuse to get drunk on Wednesday nights, so we started jamming in my basement. The set up was so shitty, but we had beers so, whatever. After not too long we made Macey let us come over and jam at her place and she’s been stuck with us ever since.

What bands did you have in mind when starting this band?
We wanted to sound like Jay Reatard meets The Pointed Sticks. I think that went out the window pretty quick though, that seems like a pretty lofty thing to shoot for.

Five essential LP’s, EP’s or 7”’s that you can’t live without right now.
The Mandates - S/T
Spectres - Nothing To Nowhere
Warm Soda - Someone For You
Wipers - Is This Real
Big Country - The Crossing

In an interview with The 1st Five, Adam talking about local support for local bands [Vancouver] got to be the best city in the country to be in a band. Three local bands played our record release show [and] 300 people showed up. Is this still the case? That is a crazy number for a shows of only local bands.
It definitely still happens; obviously it doesn’t happen every show. But there’s definitely something to be said for the amount of people that come out to shows in Vancouver, we're really lucky here I think.

In the same interview, it’s mentions that Young Governor in 2012 was drawing 50-60 people, which is a great draw for a local band. What is the reaction for the band if and when drawing a crowd less than that?
I dunno, its hard to say really, I think if you're drawing that many people consistently then you're doing pretty good. Draw is a weird thing I guess, its not always the best bands that draw the most people.

How did Needles//Pins hook up with both La Ti Da Records and Mammoth Cave Records? The band has two releases out on each label.
We met Tim a few years ago when we played in Victoria, then we ran into him at Sled Island and I found a free beer wristband on the ground that Macey used her gum to restick it together around his wrist, so, he owed us. We got together with Mammoth Cave cause we went on tour with The Moby Dicks, and both Paul and Evan were playing in that band, they approached us about doing the LP the second time we ever met them I'm pretty sure, which was pretty cool.

Seems like Canada as a whole is producing a slew of really good power pop bands, Steve Adamyk Band, Sonic Avenues, Needles//Pins. What is going on up there? Is there an abundance of awesome power pop records up there?
Canadians just have great taste probably. Aha, no, um, I’m not sure really, Canada has had a lot of rad punk and power pop bands in the past, so maybe that has something to do with it? It’s either that, or the beer. Probably the beer.

In previous interviews Needles//Pins, the band has a really great attitude regarding the work and band balance. After being on a few “Best of” lists for 2012, does the band still have this attitude especially with more and more people taking notice of the band?
Oh ya, our attitudes are still the same. We're not really a band whos trying to "make it." We wanna do as much as we can with it, touring, records etc. But at the end of the day its what we do to have a good time, we all work so we can go play shows and have a rad time. The best of lists and whatnot are great and its always a trip when people put us in the same regard as some really rad bands, but they don’t pay the rent.

How was the US tour? What were some of the difference between playing the US and playing in Canada?
America was awesome, we had a blast. It was pretty much impossible for us not to have a good time since we were on tour with our good buddies in The Steve Adamyk Band. I think it was a really great first tour in the states; we sold a bunch of merch, met a bunch of new friends, drank a million cheap beers, and even got invited back to San Diego for Awesome Fest. The two main differences touring in the states are the best reasons to tour the states, cheap beer and awesome Mexican food everywhere.

Where can people hear the band?
http://needlesxpins.com/ will show you everything you need to know.

What’s next for Needles//Pins?
We have two 7"s out this summer, one on La-Ti-Da and one on King Fisher Bluez. We're in the process of writing a new LP, which we hope to record in September or so.


Posted by Audio Ammunition at 7:19 PM