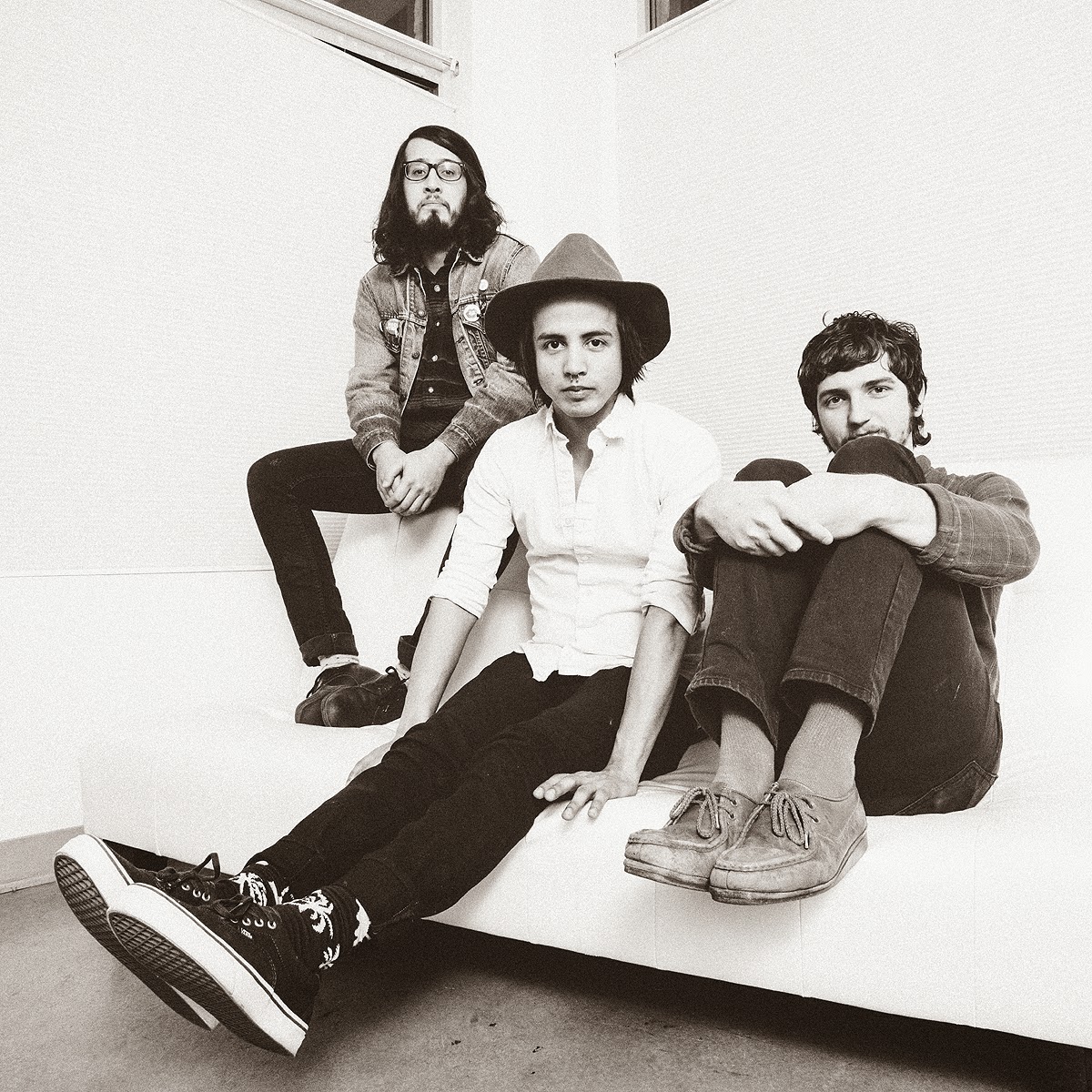 San Antonio’s The Rich Hands sound like early Rolling Stones covering Buddy Holly with a bit more dirt and fuzz collected around the edges, which serves in adding warmth and charisma to the music. What separates these three lads from the rest of the hungry pack is the genuine, hearts on their sleeves style approach to their music. At first listen to their dazzling LP, Dreamers, on Fountain Records, you can tell they take their craft seriously. With all the overproduced electro pop rubbish floating around youth culture lately and things getting worse with each passing year, knowing there are bands forming out there like The Rich Hands help me sleep soundly at night. The future of Rock N’ Roll rests safely in Rich Hands!

Please introduce yourselves and how you give to The Rich Hands.
NICK: I'm Nick and I play drums.

MATT: My name is Matthew and I play bass for The Rich Hands.
CODY: I'm Cody Mauser. I play guitar and do the main vocals.

Where are you all from originally and how did you all meet and decide to play music together?
CODY: Nick, and I are from San Antonio and we met when we were in high school through our mutual friends. We decided to play music together after we found out we all play an instrument and liked the same things.

Where did the band name come from?
MATT: Cody's heart.

CODY: No crazy awesome background just wanted something that sounded good and The Rich Hands stuck.

I detect in your music traces of fellow Texans 13th Floor Elevators as well as Buddy Holly. Are these in fact influences in your music or am I totally off the mark?
MATT/CODY: No you're pretty close too it because we love Roky and who doesn't like Buddy? Although, our dynamic has changed since the first album so expect something a little bit heavier but in a good way!
NICK: We like a lot of music so influences change on a daily basis for us. That also means our sound changes a bit too! It's pretty sweet. 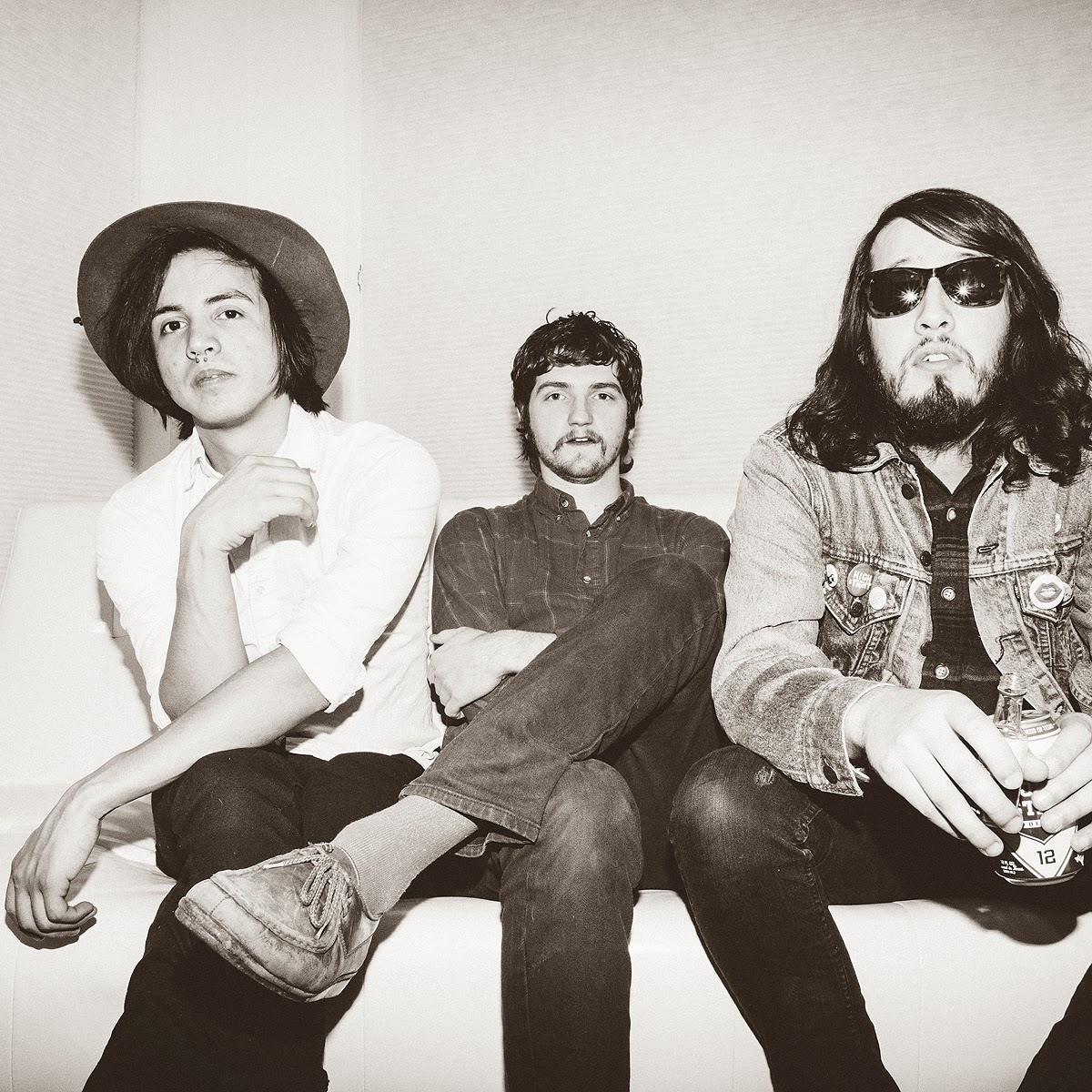 In 2012 you guys told The San Antonio Current that Austin was more welcoming to the band than San Antonio was. Is this still the case or has the San Antonio crowd warmed up to you guys more lately?
ALL: The crowd here has definitely become more solid and I think more and more people want to hear what we have to offer. It's definitely warming up. We try to bring as much as we can to San Antonio to give more diversity to the city. Whether it's from bringing touring acts or friends from out of town to putting on mini festivals, we like to keep things fun and different. We have to remember that Austin is still a great place to be heard because a lot of people in Austin are willing to listen to it once. I think it's hard to be a band in San Antonio that isn't "metal" or anything along the lines of that genre.

In that same article, The San Antonio Current called you guys “Mature and Unified”. These are pretty rare adjectives used to describe young Rock N’ Roll bucks like yourselves. I’ve never seen you guys live, but just listening to your music that description doesn’t sound too far fetched.  Do you agree with that depiction?
MATT: Yea sure. I mean we're pretty stupid and immature when we're by ourselves. You should see our text chain, but we know how to be mature when we should be until we drink too much.
CODY: Definitely we take ourselves serious but not too serious to where we don't have fun.

NICK: We like to have fun. That's why we do this. Then there's the business side where we have to be serious for a bit.


I don’t like using the term “guilty pleasure” just because I don’t think people should be ashamed by anything they really like. With that being said, do you guys listen to anything that some of your fans would be surprised by?
MATT: I still throw on Taking Back Sunday or Brand New. Not ashamed.

NICK: I like Ja Rule and old Fifty Cent. Not a biggie.

What’s been the most unforgettable show you’ve played, good or bad and what made it so memorable?
MATT/CODY: The first time we ever made it up to Caldwell, Idaho was one of the coolest things we done ever did. Look up "The Rich Hands Caldwell, Idaho" on YouTube and you'll see how crazy and fun it was.
NICK: Boise/Caldwell is always a blast but I will always remember any and all our Atlanta shows. Those guys know how to party.
When you guys aren’t causing a ruckus in the San Antonio area, what kinds of things do you enjoy doing, any hobbies or interests outside music?
MATT/CODY: That's pretty funny actually because we don't do anything else but work. We work 5 days a week and pay bills.

NICK: Yup, we just work all the time. I play in another band but that's about all we do.

Where are the best places for people to hear or buy your music?
ALL: The best place would to be from us personally or through Michael Monte at Fountain records. We have tons of merch on us so just ask and we'll hook you up with what you need.

What does the band have in store for us in the near or not so near future?
ALL: We'll be putting our single out hopefully in a few weeks and our new record "Out of My Head" will be released on May 6th! After that we'll just keep writing and touring and trying to get the music out there to those who haven't heard us yet.

Posted by Audio Ammunition at 9:14 PM