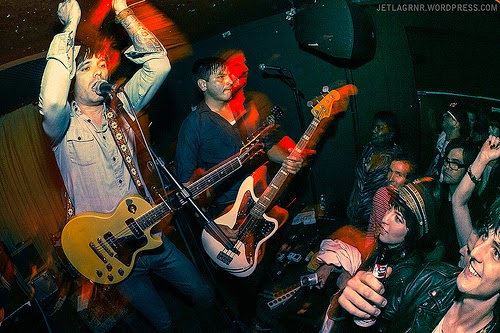 San Francisco’s Richmond Sluts play a blend of New York Dolls style glam, Question Mark and The Mysterians garage with a cut of mid ‘70’s Jagger/Richards strut stirred up and served flawlessly on a shiny silver platter by someone wearing a feather boa. What I like most about this band is they can crank out some wildly catchy party anthems as well as songs that delve deep into the darkness of human emotion. I’m glad some bands realize the importance of not only having great music for when the party’s in high gear but for the mornings after as well.

Please introduce yourselves and how you contribute to the Richmond Sluts.
SHEA ROBERTS - vocal / guitar

Where are you all from originally and how did you all meet and decide to play music together?
SR: I’m from SF and Chris was from southern California, but going to school in SF when we met. We never really decided to play, I didn’t even play guitar at the time. We met at a party and things just kinda went from there.

CB: Shea wanted to sing, but I made him play guitar at the time.

So you guys released a few records in the late ‘90’s and early 2000’s including a full length on Disaster, then you guys took a break for a long time and did other projects like Big Midnight. What led to the decision to regroup The Sluts?
SR: It had been talked about over the years but I guess the cosmos just finally lined up or something.

CB: Shea and I had talked about it over the years, but it never really felt right, but something just clicked over the last year and once Justin signed on and we got in a room together it was magic. 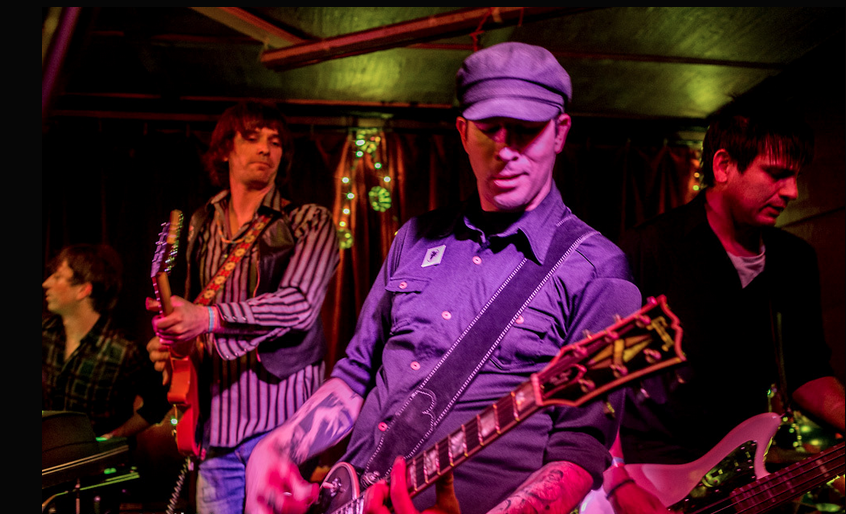 Many moons ago, you played Tempe, Arizona in a tiny venue to about  (me and the other guy that does Audio Ammunition were two of them). Despite the lack of venue size and attendance, you guys tore the roof off that joint!  I was really impressed! Most bands would have given a half ass performance. Do you make it a point to put on the great show despite conditions like that?
SR: We do our best to get things going, but no you probably just caught us on a good night, ha-ha.

JN: When you’re seeing triple, the room is packed.

CB: Most shows I see triple so whether it was packed or not we thought it was! That show was off the map though, I think that was with the Daggers, I drank piss that night.

As a kid, what band or musician made you want to pick up an instrument and play music?
SR: No one in particular; it was more of a driving force. What are you supposed to do if you’re not playing music and fucking around with your friends?

I was reading this interview with Keith Richards and he said that anyone that buys digital music is getting short changed.  Do you agree with that?
JN: Generally speaking “yes”, mp3s sound worse than CD’s, which sound like shit compared to vinyl. Buy vinyl or hi-res digital (if possible). Oh yeah, and pay for it, records are expensive to make.

What is your favorite record to listen to from start to finish?
JN: Right at this moment we’re jammin’ some ‘70’s Turkish Muff Gods called Erkin Koray. 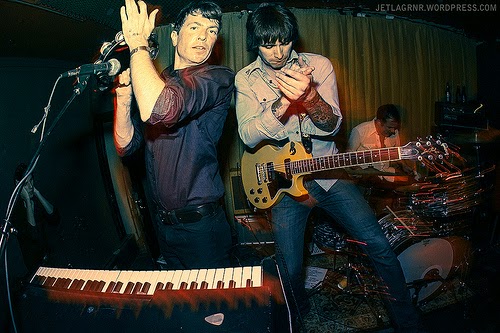 Where are the best places for people to hear or buy your music?
ALL: At the merch table or steal it online.
https://www.reverbnation.com/therichmondsluts

What does the band have in store for us in the near or not so near future?
SR: We are in Los Angeles playing shows as we type this, recording at some point, breakup again.

CB: All things in moderation, is not really our motto so who knows what will happen.  But I would like to see this band plowing through and being a cult-y band forever in the same vain as the Flamin’ Groovies. Thanks for listening and see you at the pub!