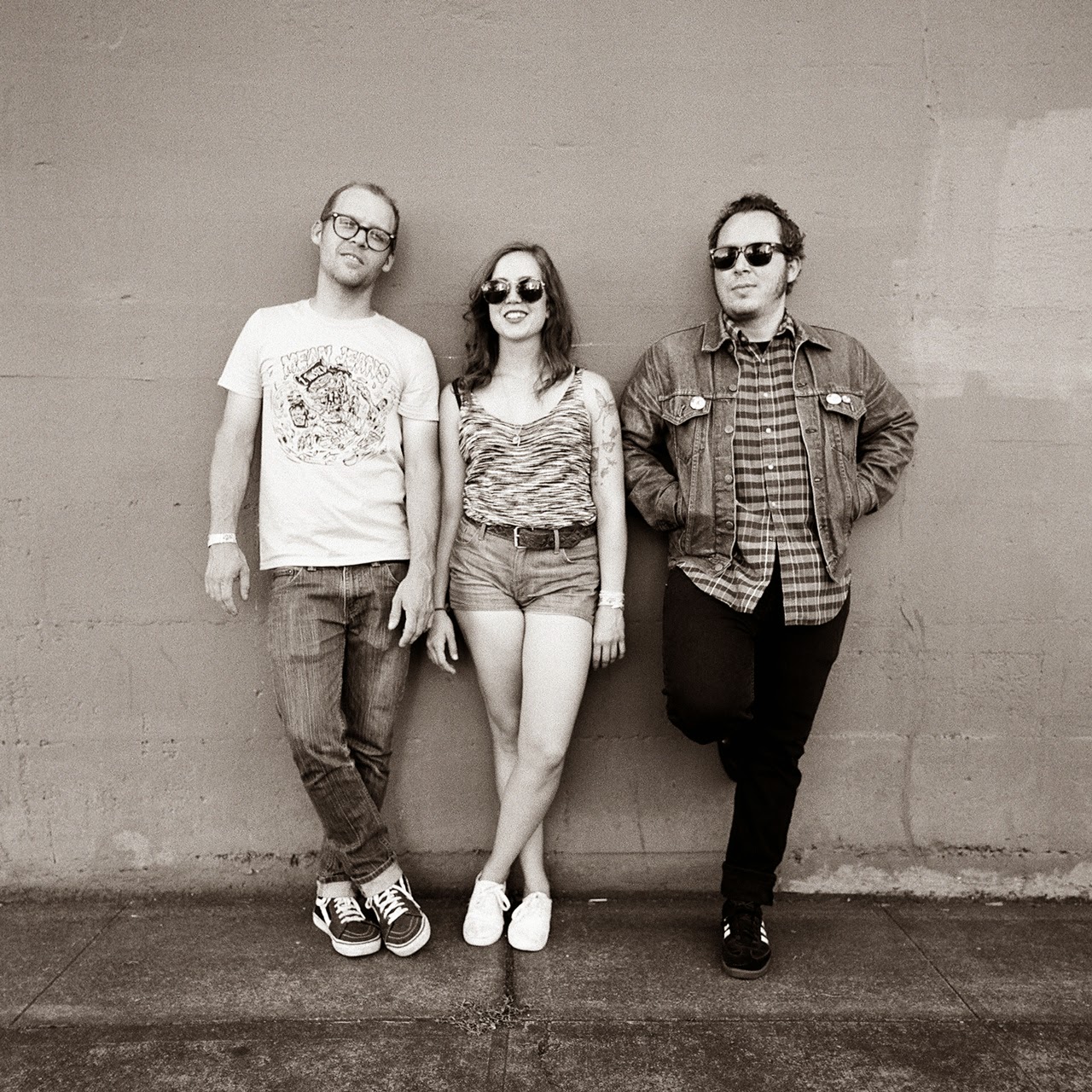 For decades power pop and punk rock have had a history together. However, to successfully execute this merger a band needs to possess a sort of X factor, a certain something that allows a person to open up like a dropped book on a busy street and let passersby to peer into the pages of their lives, their souls. To do this well, there can be nothing artificial, the feelings and emotions that come through those amplifiers must be genuine no matter what instrument is being used as the conduit. Primitive Hearts have raw and sincere reactions to the world around them and they present their findings to you in song form and you’ll soon realize that their hearts are far from “primitive.”

First off Paul, I would like to thank you for taking time and doing this interview; I know you are a busy individual, well…. I’m assuming. Let’s start with names of all in Primitive Hearts.
DANIELLE – Bass and Vocals
PAUL – Guitar and Vocals
TAYLOR – Drums

I know the band started as a two-piece (Guitar & Drums) back in 2010 and you Taylor played a show in Portland as a two-piece. Then Danielle came in and magic ensued.  Do you feel 2 piece rock bands lack a bit in fullness or depth in any way?  What led to the decision to add bass?
PAUL: I think there are some two-piece bands that can sound as big or bigger than even three or four-piece bands. In our case, though, we never intended to be a two-piece; we just couldn't find anyone to play bass! I wrote all the songs with bass parts and backing vocals from the beginning, so when Danielle got on board, we could finally start playing the songs as they were intended.

The new LP High and Tight reminds me of one of the three Ron Swanson acceptable haircuts for men (Buzz Cut and Crew Cut being the other two). Does film or TV shows inspire your songs a lot?
PAUL: Glad you go the haircut reference. The album title is sort of a play on the words “high & tight,” from both the haircut and a high and inside pitch in baseball. In our case, though, it just has to do with feeling good and shit being rad (aka tight). As for TV/film inspiration, maybe not on individual songs so much, but they definitely inspire the band as a whole. We're all big TV and movie fans, Kids in the Hall is the reigning band favorite. Probably about a third of any given Primitive Hearts practice is filled with KITH quotes and references. In fact, in our video for “Falling Apart,” if you look closely in a few shots you can see “Armada” scrawled on Taylor's bass drum head as homage to Rod Torfulson's Armada featuring Herman Menderchuk. It's still on there... 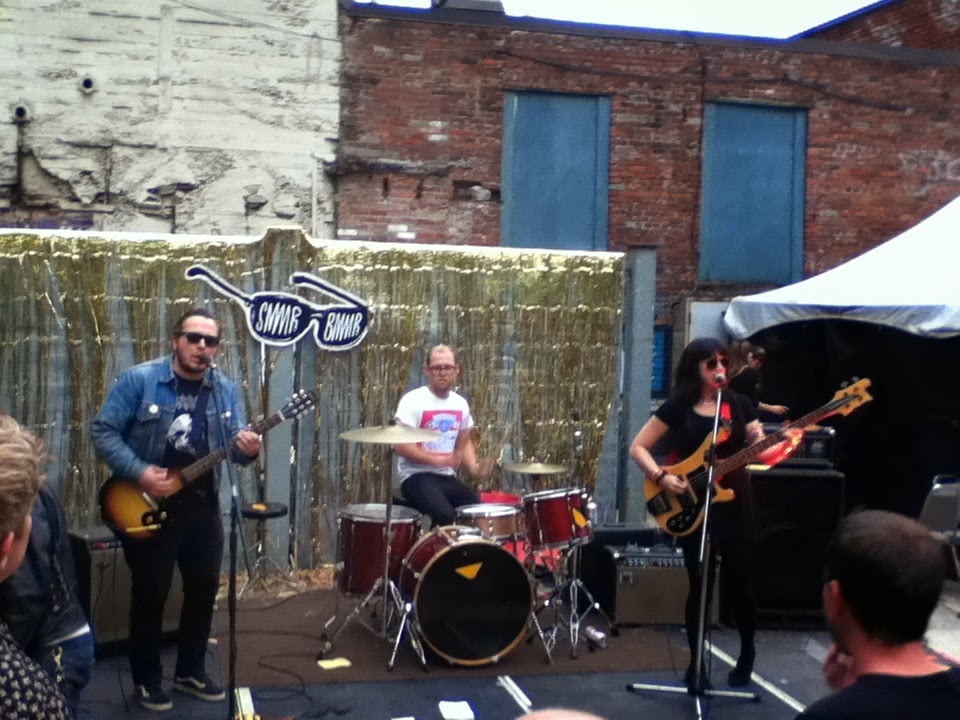 Can you remember the strangest or most unlikely person or event that inspired one of your songs?
PAUL: Actually, going back to your previous question, I guess I was a little off. A TV show did inspire one of our songs: “Lone Wolf.” It was based on Lenny of Lenny & Squiggy/Laverne & Shirley fame. He has the words “Lone Wolf” on the back of his jacket. I always thought that was rad and would make a great song title. I sort of wrote the song from Lenny's perspective; he may be a lone wolf, but he ain't lonely.

The lyrics for the song “Falling Apart” are kind of a bummer but the music makes it one of the catchiest most up-tempo songs on the record. I have heard some say that writing and playing music is like their therapist. Have any of you felt this way ever?
PAUL: Maybe a little bit when it comes to writing, in that you can vent certain feelings or frustrations, but playing music is definitely therapeutic. For two minutes at a time your only focus is the song you're playing, the people in the room, and having a good time. It's pretty hard to beat. 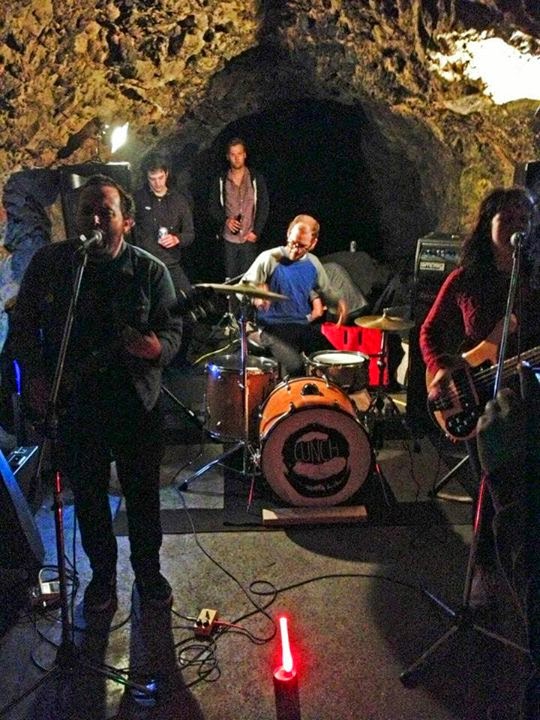 The reviewer from Maximum Rock N Roll said he hears more power pop than pop punk in your music.  I think that’s a huge compliment, do you agree with that description though?
PAUL: Yeah, that's probably fair to say, although it's nothing intentional or deliberate. I can see how some of the songs have that feel, but we listen to all kinds of stuff, so it's all just a mash up of lots of influences. We've never claimed to be a “power pop” band or “pop punk” band or whatever; we just like to play good times Rock N' Roll.

In my opinion I hear both, which is a good thing! Is there any band or musician in either of those genres you feel is grossly underrated and deserves more recognition?
PAUL: Thanks, yeah, there's definitely a little of everything in there! I'm not sure about any “grossly underrated” power pop/pop punk bands or musicians necessarily, but I think the world could definitely use more of both. All hooks all the time!

In yet another write up, Primitive Hearts is described as having influences like The Kinks, Beach Boys, and The Sonics. I got into older Rock N’ Roll by way of punk rock when I was a wee lad. For example, I started paying closer attention to The Beach Boys and The Ronettes because of the Ramones. Was this the case for any of you?
PAUL: I'd say when we were young; it was the opposite for the most part. We all grew up on oldies and whatever our parents and older brothers and sisters listened to. When we got into punk and more obscure stuff, it was easy to see the connections and influences of those older bands. 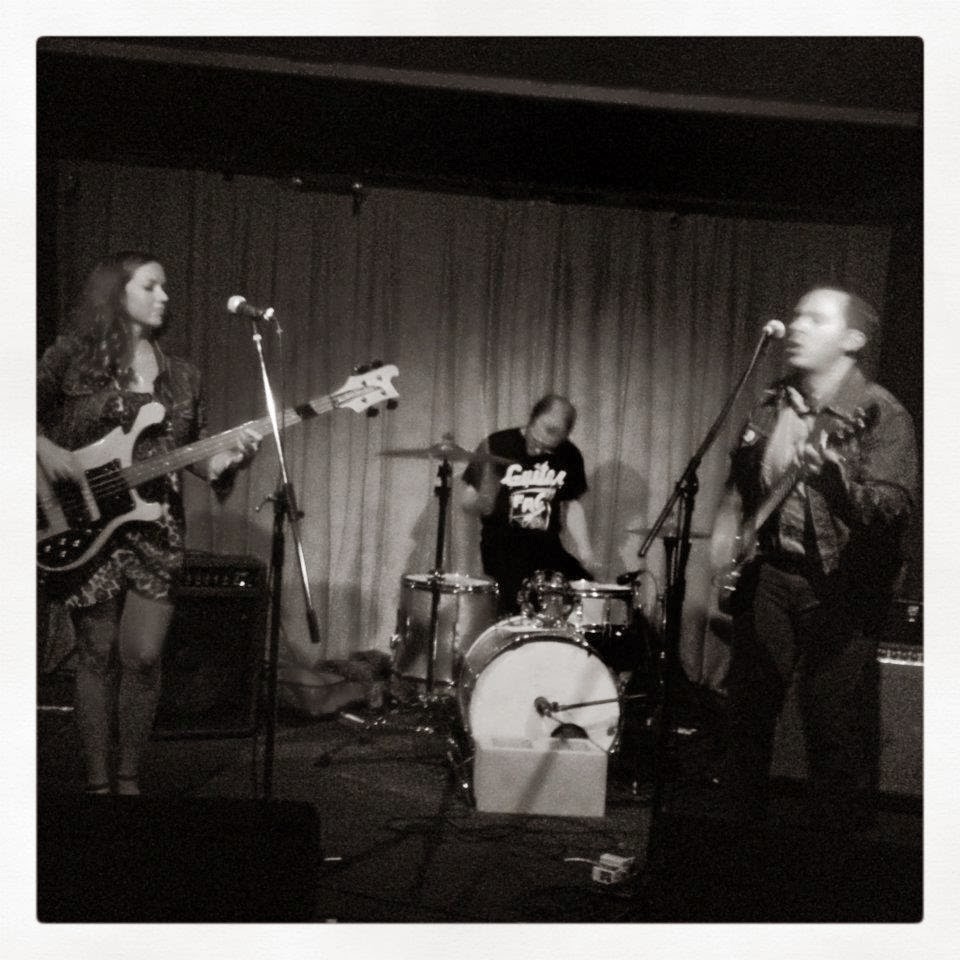 I was reading this interview with Nick Cave and he said something to the effect that out of any of the art forms music has the power to change a person’s mood the fastest. Do you agree with this and if so do any of you have any favorite songs you put on to help you out of a bummer mood or to help you get all riled up on the way to a gig? Other than High and Tight of course!
PAUL: Yes, music can totally change your mood! There are so many good go-to jams when we wanna get pumped, but some favorites in the van would be anything from Chuck Berry, The Undertones, Equals, Slade, LAMF, Stones, and pretty much anything else that boogies.

With all these comparisons to Rock N’ Roll of yesteryear, do any current bands or musicians inspire you and if so who?
PAUL: Some current bands that totally kill it are Bad Sports, Midnite Snaxxx, Nobunny, The Steve Adamyk Band, Pookie & The Poodlez, The Shanghais, Mean Jeans, and Needles//Pins.

Where can people go to hear Primitive Hearts or buy your music?
PAUL: Our Bandcamp page has all our music and merch for sale, so take a peek: 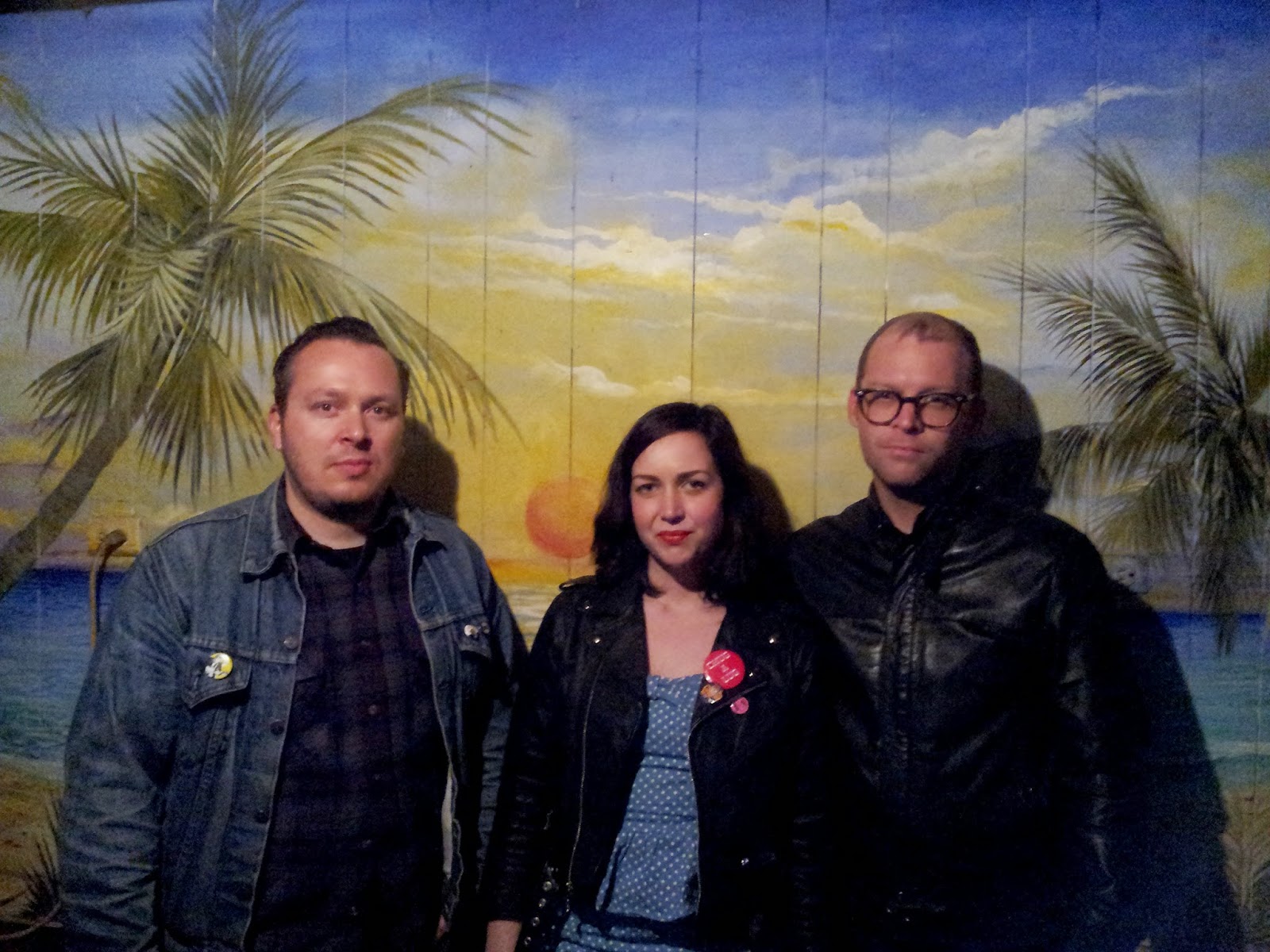 In closing on the behalf of all at Audio Ammunition I want to thank you again and wish you the best of luck. What does the band have in store for the remainder of the year, any tours or albums?
PAUL: We're gonna be doing a month-long tour in June with a couple dates in Canada, too, around the Ottawa Explosion Weekend. We're going out with our buddies Pookie & The Poodlez, which is gonna rule. We actually did a split 7” with Pookie that should be coming out soon on Jonny Cat Records out of Portland, so keep an eye out for that!
Thanks so much for talking with us!

Posted by Audio Ammunition at 1:19 PM