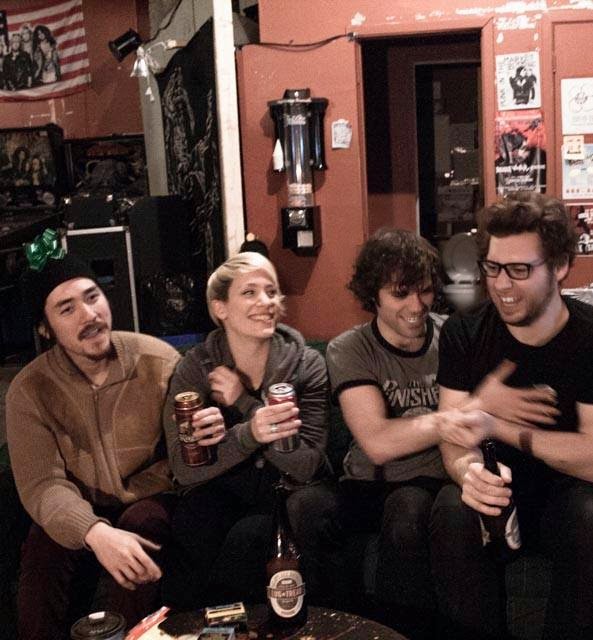 Mere moments into the opening song from Average Times debut album the band quickly and eagerly throws back the curtain and reveals all of the fantastic influences they’ve collected over time. These are sons and daughters of punk from the last 20 or so years, the salad days of Rip Off, Dirtnap, Sympathy for the Record Industry, Crypt Records and many others. What Average Times seems to have done is gone and gathered everything that was great about so many of the bands from that time and the unique sound they created that set that era apart and discard the dead weight. They seize all they have learned and experienced, melt it and shape it into a crude yet sharp prison style weapon and stab you in the forehead with it and after they’re done you beg for more!

Please introduce yourselves and what you throw into the Average Times band?
CURTIS: This is Curtis (Guitar, Vocals)

Where are you all from originally and how did you all meet and decide to play music together?
STEPH: We're all from Ottawa and surrounding areas. I started playing drums as a hobby a few years ago, then jamming with Curtis for practice. Soon after, we started playing with Todd as a three-piece and Seiji replaced our first bass player (Tim) about a year ago.

CURTIS: Well Steph is my better half and we met Todd and Seiji through friends.

Your debut album is out on Hosehead records (or at least it will be by the time this comes out). How did you hook up with those fine folks?
STEPH: Our friends in Ketamines invited us to play a show in Toronto last fall at the Silver Dollar Room. That's where Pat and Mike approached us about releasing a full length based on our tape released on Bruised Tongue.

CURTIS: The first time we met those guys, they were really chill and all of us clicked right away. They are definitely two hard working guys and it shows that they love what they do.

What’s the Rock N’ Roll community like in Ottawa these days?
CURTIS: I think it's totally rad - a lot of awesome bands and super talented people all working together to make the city an amazing place to play music.

STEPH: Ottawa has always been a great city for punk bands and I feel like in the past couple of years, the scene has GROWN. So many wicked places to play and to party with more on the rise! 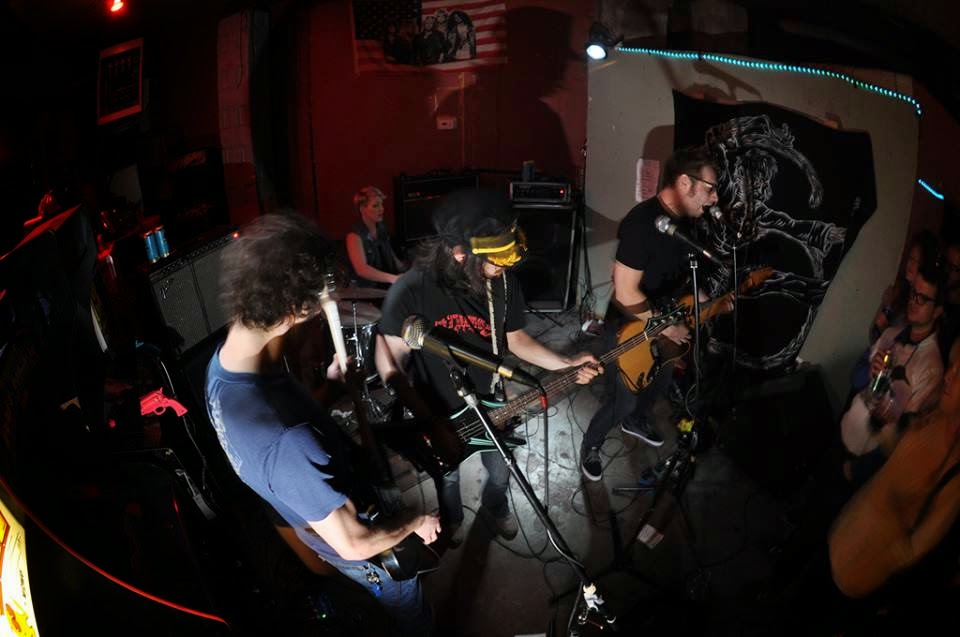 In your opinion, what bands do people need to know and understand in order to appreciate your music more?
STEPH: All of them.

Who are some bands you would like to take with you, or open up for on a world tour?
STEPH: David Bowie

When you aren’t Rock N’ Rollin’ all around Ottawa, what kinds of things do you enjoy doing?  Hobbies etc..?
CURTIS: We never stop.

STEPH: Don't stop the rockin’ (nods head back and forth in a no position).

What’s been the most unforgettable show you’ve played, good or bad and what made it so memorable?
CURTIS: The Death House in the industrial part of Montreal - it was a super wicked punk squat. The front door was 3 feet away from some train tracks. It was also pissing rain and people were slipping on the plywood sidewalks all night.

STEPH: One of my favorite shows was our second show ever - we were opening for Natural Child. The Death House show was also super fun - lots of indoor smoking.

The cassette is making a raging comeback.  Do you think it’s a viable and collectable form of music or just another hipster trend that will soon go hobbling back to its dark cave of obscurity and take a seat next to the 8-Track where in belongs?
STEPH: Tapes were the first format of music that most people our age collected so I think it's pretty rad to be able to collect them again. Maybe one day soon, CD's will make a comeback.

CURTIS: Whether they stick around or not . . . time will tell.

What does the band have in store for us in the near or not so near future?
CURTIS: Just gonna keep on playing shows, and most likely record again this summer.

STEPH: We have a small Ontario tour coming up this June and hopefully Europe in the next year or two!

Posted by Audio Ammunition at 8:18 PM