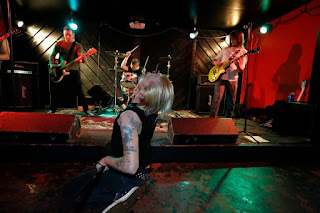 Flash Boys have been slinking and slithering their way around the dusty floors of Austin, Texas since 2006. Snagging their name from the Dead Boys song “War Zone,” these guys aren’t just a flaccid Dead Boys tribute band though. Flash Boys are however a band that is heavily influenced by punk and glam bands from the past. Just from the opening song to their killer 2011 LP Dyin’ For Somethin’ To Live For you can hear Hanoi Rocks strut, Heartbreakers chops, and yes sprinkles of Stiv and the boy’s bombastic style. The guys in this band are all rock n’ roll veterans and have had some time to really hone their craft. Flash Boys write new and fresh sounding songs that are heavily swayed by the music you can tell they so dearly love.

Let’s start off by telling me who are The Flash Boys and what you all do in the band:
Johnny Miller on drums
Mark Douglas on bass
Darren Bond on guitar
Frankie Nowhere on vocals
Frankie will be answering these questions. 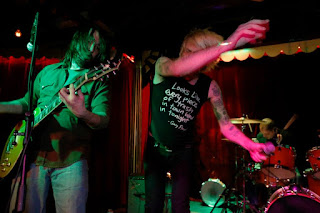 The band formed in 2006 if I’m not mistaken, can you tell me about how you all met and decided to play music together?
FRANKIE: I put the word out in February of that year. I got responses from Mark, Jamey Simms and Mike Dempsey. That was the original line up. I knew all those guys from playing shows with their bands over the years. We locked in our sound pretty quick and recorded a debut CD that we put out ourselves that is now out of print. We’ve had a couple of lineup changes over the nine years. The current lineup is the same formula. We’re all friends that’ve been playing shows together for years.

The Flash Boys are currently based in Austin, TX.  Is it tough playing shows in a town like that where there’s so much happening all the time or does the fact that Austin is such a music town make it easier to draw crowds for you guys?
FRANKIE: You have to be something special to stand out here. There are a ton of bands and some really great bands. We’ve been pretty lucky that people come out and support us. 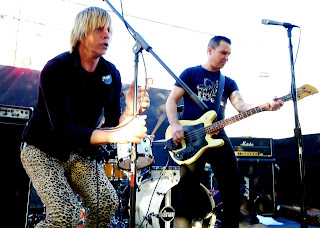 You guys name bands like The Damned, The Germs, and The Dead Boys as influences. Can you remember the first time you heard punk music? Where were you and who introduced it to you?
FRANKIE: I discovered punk through skateboarding in the Mississippi Delta, which was like being on an island, in the ‘80’s before the internet. I really loved what I heard first which was west coast punk. A friend had a cassette tape with various bands on it. On that tape was The Germs “Land Of Treason.” I went on a mission to find out everything I could about the band. In the process I found out that I had to get out of the delta.

You guys have played with some legendary musicians before: Cheetah Chrome, Sonny Vincent, and most recently Dick Dale. Someone once told me “Don’t meet your heroes.” In your experiences, do you find that statement to have any truth?
FRANKIE: For the most part all the legendary guys we’ve played with have been good to us. I personally have shared the stage with many of my heroes over the last twenty years and had good experiences. I hope it stays that way. 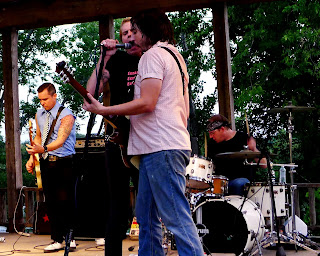 The profile picture on your Facebook page is a great picture of Bo Diddley and Joey Ramone? Can you tell me a bit about it?
FRANKIE: Nick Curran, may he rest in peace, created that when he was our guitar player. We used to always talk about how we didn’t see boundaries in genres of great music and artists. We actually did a small run of shirts with that design. Nick was always doing cool things for us. He did the “Dead at the Bus Stop” video on YouTube for us too.

I was watching this interview with John Lydon and he was saying how much he dislikes Green Day because they don’t have anything original about them and everything they do isn’t their own.  Putting Green Day aside, do you think a good rock n’ roll band these days has to be “original” to be relevant?
FRANKIE: All I know is that when the right group of people come together and make music, a magic happens. I’m not sure what’s original in 2015, but I know what I like and what sounds good. It’s relevant when that magic happens. 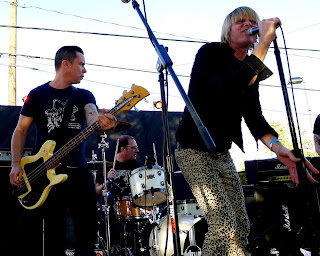 I always hear people saying how many “life lessons” one can learn by playing Golf.  What do you think are some “life lessons” people can take away from being in a band, if any?
FRANKIE: It’s a marriage, so you have to learn how to work together. When to give each other room, cancel practice, deal with their personal issues, etc. There are so many ups and downs in life and in a band. The thing to do is take those experiences and grow and write good music from the heart.

What’s the best way for people to hear your music and where can people find your records?
FRANKIE: We have videos on YouTube. You can get our music on CD Baby http://www.cdbaby.com/cd/flashboys2 and Spotify. Whenever our stock runs out at CD Baby we’ll make some more. We have put out everything ourselves, though that kinda hurts us because no one has heard of us. 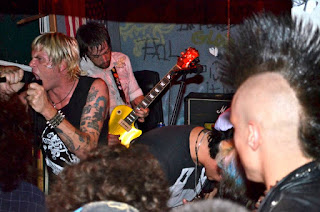 What does the rest of 2015 have in store for The Flash Boys?
We are currently in the studio recording nine songs we’ve had around for a little bit, then taking some time off. Johnny’s playing in Zero Percent. Mark is in The Stabbies, Darren does solo shows and I’m reuniting my old band Eastside Suicides. We’ve had a couple of lineup changes since our guitar player Nick Curran died. We decided to record what we have, hopefully that’s well received and we’ll be back fresh. We just did the basic tracks on 7/12/15 and are pretty excited already.

Learn how to get your music heard at ReverbNation.com