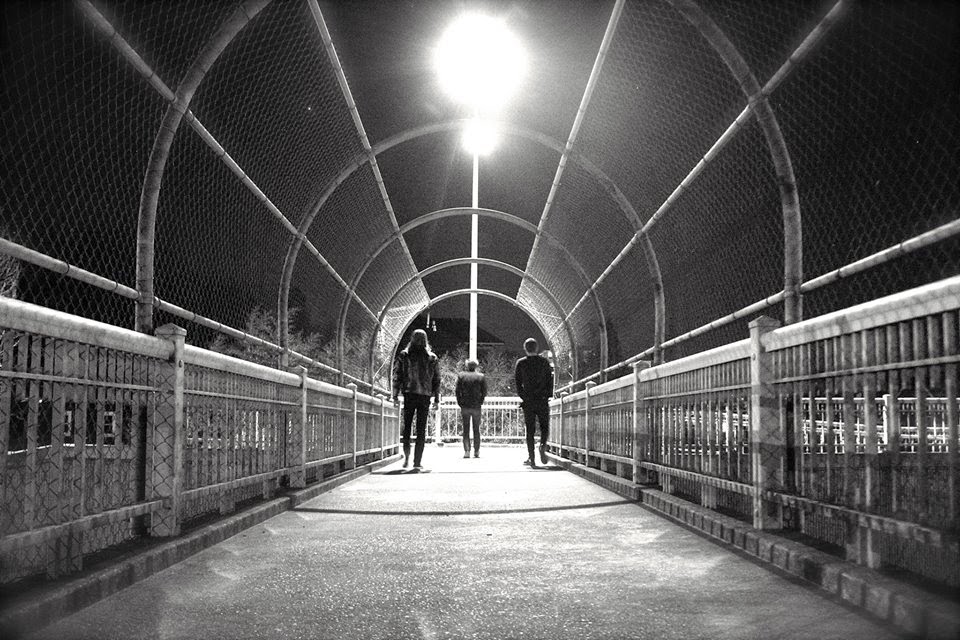 The Estranged have managed to hitch the cold, brooding atmospherics that are associated with bands like Wire or Joy Division to the hard driving vehicle of punk rock. This marriage is, as most may think to the contrary, not an easy task to accomplish. The qualities that exist in punk and post-punk take a certain kindred spirit or a particular frame of mind in a person to fully appreciate what each of these genres has. So the binding of these two sounds doesn’t produce the most palpable form of music for most. It’s not power pop, or bubblegum, The Estranged play a type of music with a seriously dark and unforgiving side to it. I think many people don’t like to be reminded that these aspects are part of the very essence of what makes one human and it exists in everybody, in some more dormant than others. Once you come to this realization and let this band’s music sink into your soul, you’re gonna wonder where they’ve been your whole life.

Let’s start out with some introductions. Can you tell me who is in the band and what they do in The Estranged?
MARK: We just added Evan to our roster this year. So this is our current lineup:
Mark Herman - guitar/vocals
Evan Mersky - guitar
Derek Willman - bass
Keith Testerman - drums

I would like to get a bit of a musical resume from you.  Have you guys been in other bands and/or does anyone have any side projects going on?
MARK: Keith, Derek and I were in a band called Remains Of The Day that existed 15 years ago. It was more of a hardcore punk band. We put out 2 LPs and some 7"s and split up after that. Keith, Derek and Evan have and are currently playing with other bands.

Can you pin point the one person that’s influenced you musically the most? If so can you tell me a bit about him or her?
MARK:  That's probably the most difficult question to answer but if I had to choose I would have to say David Bowie. What is there to say that hasn't already been said? He's amazing. He's been making music prolifically since the mid ‘60’s. I own almost every album he's released. He went through some weird phases in the late ‘80’s/early ‘90’s with the whole Tin Machine side project and Black Tie White Noise album, but I love everything else and I can't wait to hear his next album if there is ever going to another one. It’s kinda weird, but I've even had dreams about him. I once had a dream that I was at one of his shows and I gave him a hug after the show and the pinnacle of the whole dream was smelling his back during the hug and it smelled like a bouquet of flowers. Although, I don't have any preconceived notions about which single musician is going to drive me to write songs. I like to go through phases of listening to artists that suit whatever mood I'm trying to convey in my music and I also think its just nice to keep up with what’s new in the world.

When first starting The Estranged, was this the sound you were looking for and envisioned in your head or did it just take on a life of its own over time?
MARK: I think I would've liked to have been a bit more experimental sounding in the beginning but our first couple of records were recorded really fast and ended up sounding pretty raw instead but honestly, I don't think we even had a clue as to what we were trying to accomplish when we first started writing songs. We all liked a few of the same bands, but that was it really. We never talked about any sort of specific direction our band was going to head into. Also, like I said earlier I tend to drift into phases of listening to sounds of whatever inspires me at whatever present time and I'm glad that we do that because the notion of pursuing a singular unequivocal direction to me seems fairly fruitless. So I'm sure that doing so changes our coarse stylistically but I will say that only until recently has it felt to me that we're actually capturing something coherently that's been in my head, although I may always say that about any of our new material.
You guys have had a long association with Dirtnap Records; they just released your third LP.  How did that relationship begin?
MARK: Ken from Dirtnap came to one of our shows and he must've liked us because he asked us shortly after if we wanted to sign to his label and we said yes. I don't think there's much of an interesting story behind it. 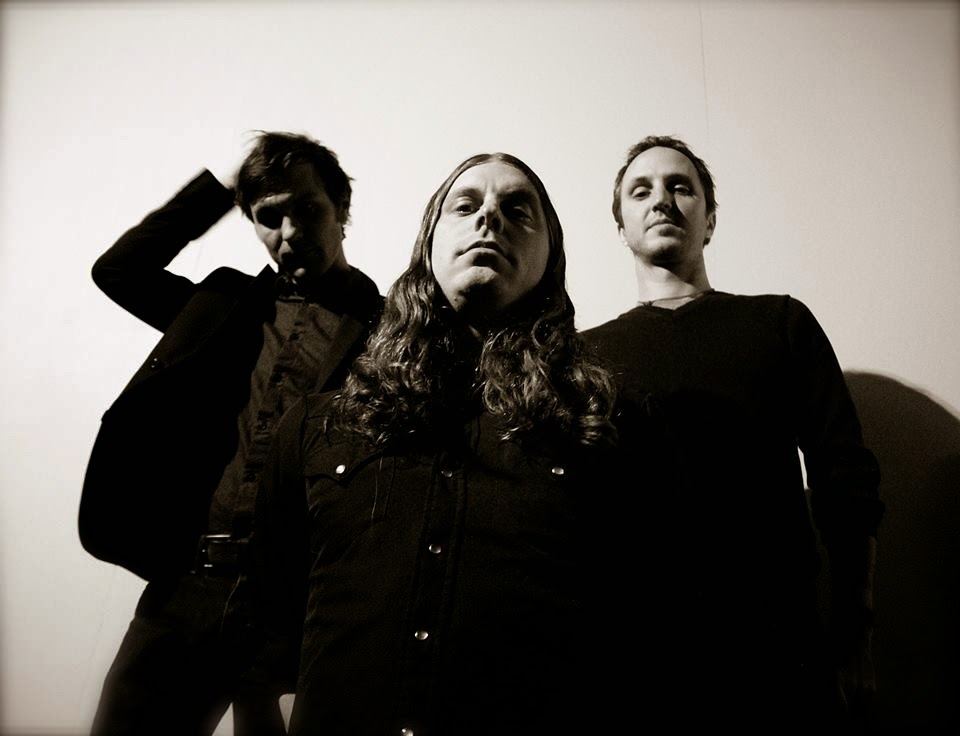 There are a few reviewers that have described your music as being hard to absorb at first but worth the repeated listens to really sink in. What do you guys think of that comment?
MARK: I think that is a good thing. I don't really enjoy listening to a whole lot of one-dimensional spoon fed type music. Their needs to be something below the surface that on first listen you may not be able to understand (or maybe not even hear). There needs to be something in music that is intrinsically linked to you and no one else and that proves your intent wholeheartedly without artifice but that is a very complex goal to achieve and I've heard a lot of bands flail at it but every once in a while you see or hear a band that succeeds at it and that is without end, the most inspiring muse to me. We often choose to play the way we play on purpose. If I'm writing a song and it sounds great by the masses' standards but if I think it’s cheap, I will scrap it. I'm not saying that I won't ever put my heart into a song that is easier for some sort of public to absorb. It just has to have the right context of representing whatever it is that I'm trying to embody in a song.

On your new self-titled album that came out earlier this year, there is a song called “Mark of Sin.” Was this song influenced by Nathaniel Hawthorne’s The Scarlet Letter? Do films and literature often inspire lyrics for you?
MARK: No, it was not influenced by the Scarlet Letter however, we've had a few songs that were inspired by books/films that may a bit too aptly titled: The Subliminal Man and Wicker Man to name a few. I do like to get inspired by films. I think certain moods of soundtracks can be hugely inspiring. Morricone, Francis Lai, and John Barry are a few of my favorites.

Where can people go to listen or to buy your music?
MARK: I would hope that you could find our records in most independent record stores but if it’s not there you can always order it from any of our labels. (Dirtnap/Sabotage)

What lies on the horizon for The Estranged, any new releases or tours coming up?
MARK: We have an Australia tour that we're currently setting up for sometime in February and
we have a few 7" singles coming out in a few months as well but aside from that we're probably going to start working on writing material for our next album. Thanks for the interview!