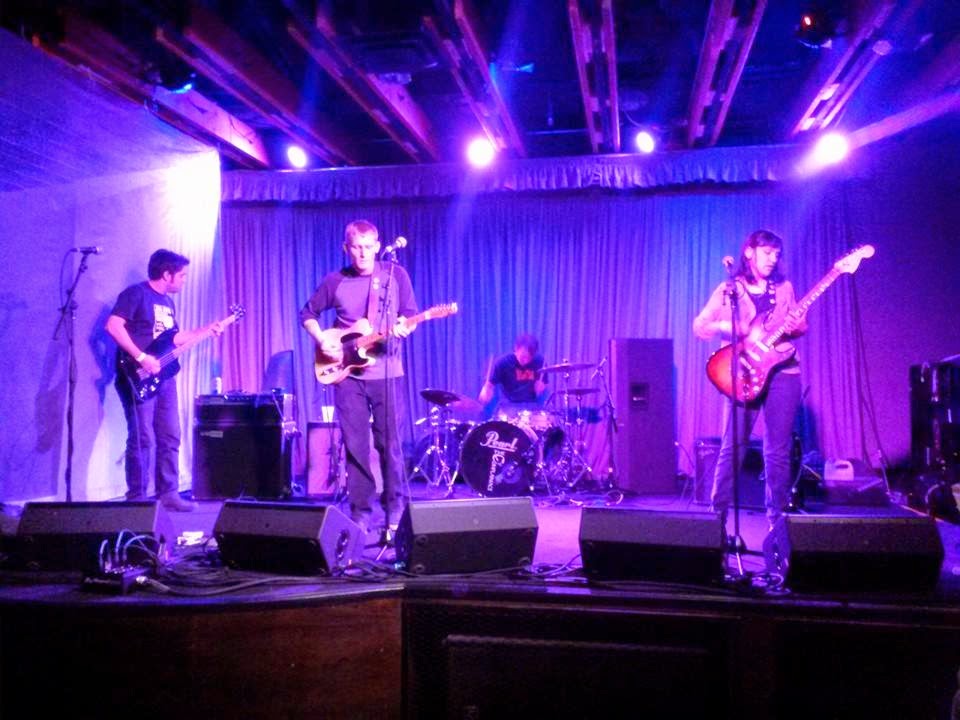 Man Hands is a tightly coiled powerhouse of a band with apparitions of Chrome and The Fall swirling around them. The band released their self-titled debut LP in the winter of 2012, which was a powder keg of frenzied lo-fi anxiety. In the middle of the sweltering summer of 2013, Man Hands hit the dehydrated youths of Arizona with their second long player titled Misadventures. This time the band came out sounding darker, chaotic and agitated; emotions many Phoenicians can relate to in the sweltering 120° weather. The band has been touring, playing SXSW and have become a fixture in the local music scene in the Phoenix/Tempe area, steadily gaining a loyal following. Soon it won’t just be the good people of the Grand Canyon State, but the entire country, then the world will pledge their allegiance to Man Hands!

So, who’s all in the band what does everyone do in it?
JACKIE: Man Hands is: Marcus Berry: guitar/vocals, Matt Spastic: drums, Colin Sick: bass, Jackie Cruz: guitar/vocals

What types of things typically inspire the lyrics to Man Hands songs?  Can you recall any particularly bizarre person or event that prompted you to want to write a song about?
JACKIE: We gather inspiration from personal experiences and daily life. I don’t think I can tell you who any of my songs are about without pissing someone off ha ha, but a lot of the songs I write are about situations I’ve had with certain people. I have a song called “Cat Life” which is about my desire to be a cat. I have a feeling that one day I’ll probably end up living alone in a house surrounded by cats. I also write about my mental issues and personal struggles I’ve dealt with.
MARC: Man Hands’ songs are mainly inspired by our frustrations and the weirdness of daily life. “I’m afraid of Crazy Women” was inspired by a long period where I felt completely and inescapably surrounded by unhinged women. “Ghost in the Hotel” is about the Monte Vista Hotel in Flagstaff, AZ which is supposed to be haunted. Most songs, though, are about our mental health. 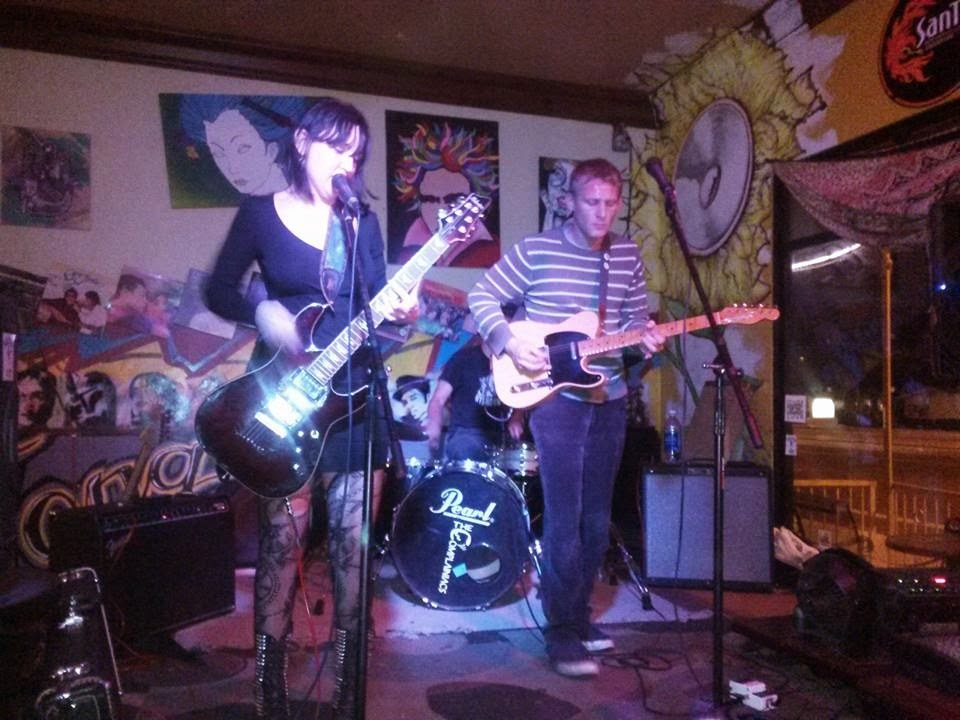 Your second album (2013’s Misadventures) is quite a bit darker than your debut self titled album. Is this something that was done consciously or is that just how it turned out?
JACKIE: That’s just how it turned out. Marc started messing around with more pedals and I think we started feeling comfortable playing together as a band. I’ve always been into darker, heavier stuff but we all have a ton of different influences. There are so many sounds that we love that it’s hard to focus on just one style. We want to play everything. Misadventures just happened naturally and I think it’s a product of us maturing as a band.

And speaking of your second record, the cover art kind of reflects the sentiment of my last question. Can you tell me about the cover art for Misadventures?
Jackie: A local artist named Sierra painted that and we all thought it was great. I think it perfectly fits us as a band because there’s no way to really describe it. I have struggles with anxiety and depression so when I see this image, it conveys the way I feel inside, at times. Plus we all dig really weird creepy looking stuff. 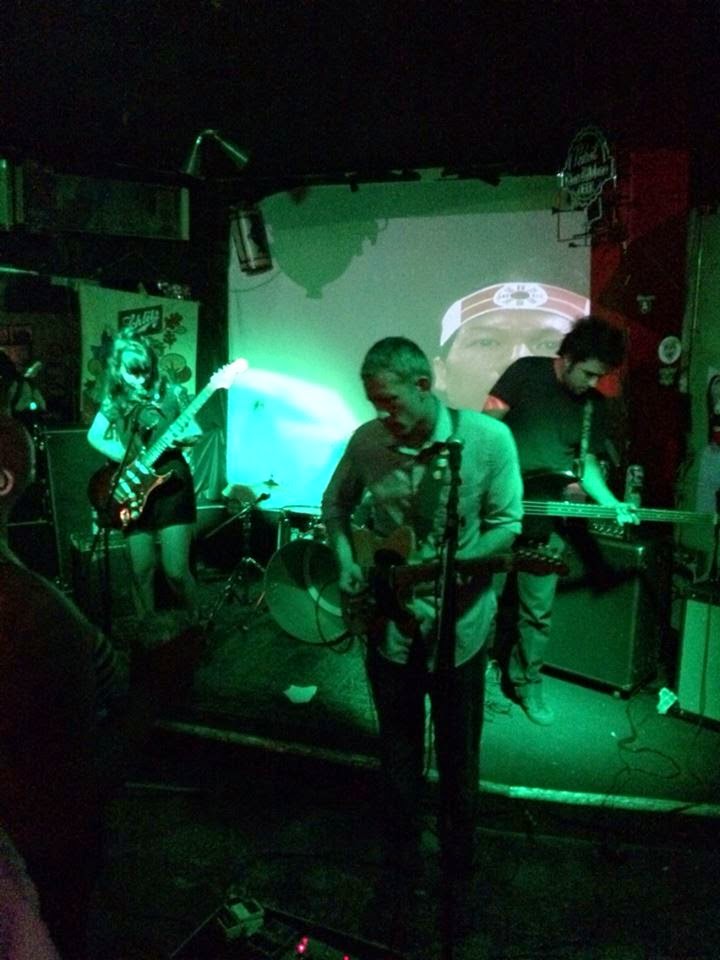 You did a West Coast tour over the summer. How did that go?  Do you guys enjoy touring or do you feel it’s just something a band kind of has to do?
JACKIE: The tour was fun. It’s always nice to get out of town and play your music for new people. The shows we played were great and all the bands we played with were awesome. It’s amazing to me how supportive people are. Maybe we just get lucky but people are always willing to take care of us and make us feel at home. Touring is my favorite thing to do but I know others in the band don’t feel the same way. We might be a bit divided on this question. I think it’s something that a band has to do if they’re trying to get new fans and move forward but I also see it as an exciting adventure. We’ve made so many friends and had some pretty crazy and wonderful experiences. I wish I could quit my job and do it all the time.
You guys played SXSW earlier this year too, your second trip out there I believe.  What did you think of it? Has it reached its peak potential or is there still some good that can still come of it for smaller bands to try and get some national attention?
JACKIE: We like to do it for fun. I’m sure good stuff can still happen for smaller bands but there seems to be an over abundance of them (us included). We don’t really go out with the intention of getting national attention. It’s just a good chance to see a ton of awesome bands and meet up with friends from all over. We only get a few shows so we have more time to enjoy the experience. I know it’s a lot more hectic and stressful for other bands. People like to complain about SXSW a lot. It’s still new to us so I guess we haven’t become jaded about it yet. We’ll see how we feel in a couple years ha, ha.
MARC: I doubt small bands can get attention from it, but at least its fun.

The online magazine IX Daily did a piece on you guys that described your sound as fitting right by Buzzcocks and Stiff Little Fingers. Do you think that’s a proper description? If not, what bands out there do you think Man Hands has a more comparable sound to?
JACKIE: We’ve been compared to so many different bands that I don’t even know what an accurate description of us is. All of us love ‘70’s punk so I can see how people hear that. We’ve gotten Dead Kennedys a couple times too. Some of our major influences are: Devo, Chrome, Nirvana, The Intelligence, The Fall . . . so I hope people hear some of these bands in our music. 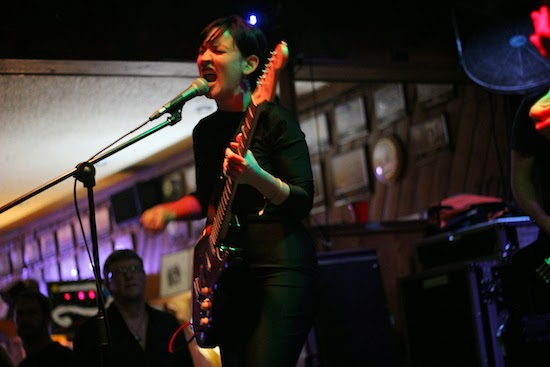 The same article posed an interesting question they said: “Now that punk rock has been in mass production for some years now, has the genre been perfected? Are there still new trails to be blazed in that field?” What do you think?
JACKIE: I think there’s always new music to be made. I wouldn’t say that punk has been perfected but I definitely think that the older bands did it better. It might be harder for newer bands because people are trying to have their own sound and maybe it was easier to do that when punk was new. I’ve been really impressed by a few bands that can create amazing music and sound completely unique such as: Indian Jewelry, White Fence and The Horrors. These bands restore my faith in modern punk music.
MARC: The genre was just barely perfected when Jules Casablancas met the Voidz.

Jackie, you have been doing an annual festival here in Tempe, AZ for the last five years called Vagfest. Can you tell us a bit about that?
JACKIE: I started the fest with my friend Dusty as a way to reach out to other female musicians. I knew there were a lot of ladies making great music in Phoenix and I thought it would be fun to bring them all together. I had a lot of struggles finding my voice, growing up in a male dominated punk scene. It took me a long time to feel confident and comfortable playing. Not to say that there aren’t many great dudes out there that has always been really supportive. It’s just empowering to be surrounded by a bunch of badass lady musicians. Each year it’s gotten bigger to the point where it gets pretty stressful but it’s still a blast. Last year we had Alice Bag headline which was a dream come true. Every year I have great bands that travel from other states to play the fest so it’s pretty exciting. We have DJ’s, raffle drawings and this year we had people put out tables to showcase and sell their art. I hope the fest continues to grow and thrive because I have an endless list of bands that I’d love to have play. 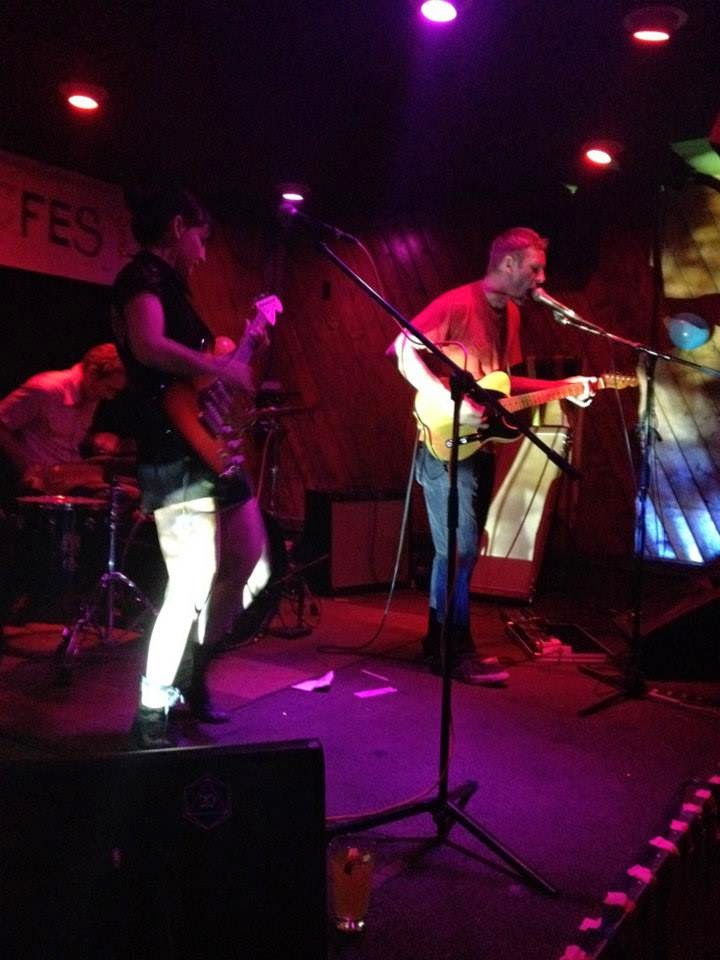 What’s coming up for Man Hands in the near future?
JACKIE: We’re about to record out third album. Once that’s finished we’ll be planning our SXSW shows and then our next tour. Other than that, just playing fun shows and being crazy weird punks.

Posted by Audio Ammunition at 9:11 PM