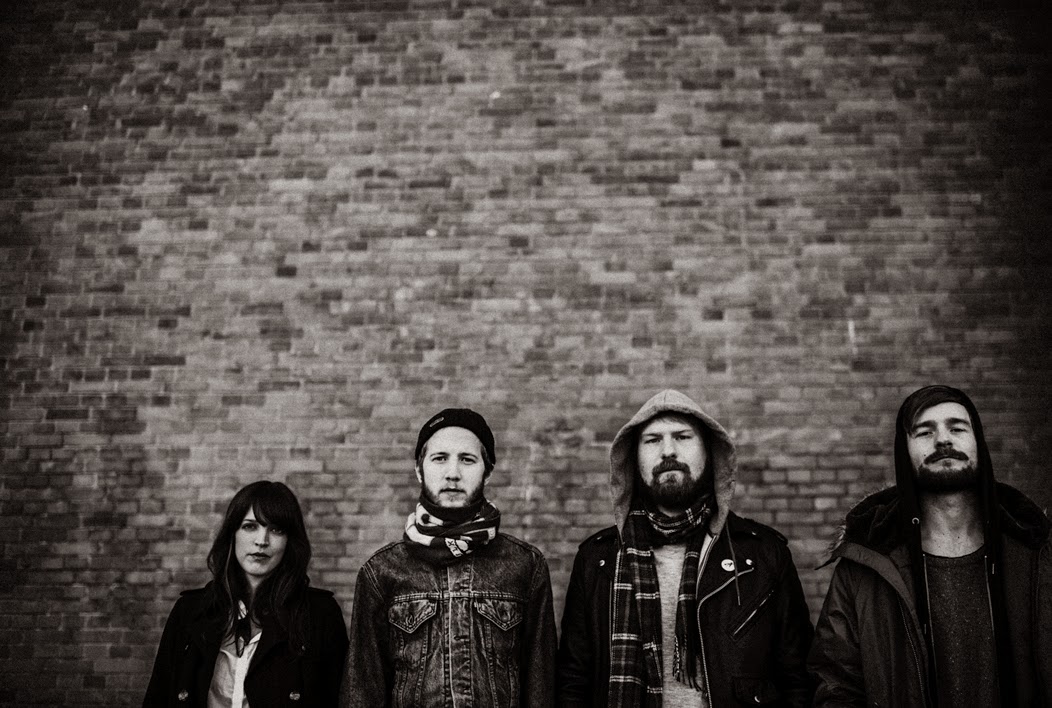 Hailing from the beautiful city of Göteborg, Sweden (I haven’t actually been but I’ve seen pictures and it makes me want to drop everything and move there right now!), these three lads and a lovely lady create tremendously melodic and charismatic Rock N’ Roll music that falls somewhere between a less reverb drenched Raveonettes and The Ramones. The band can excel at introspective slower numbers to urgent garage punk. It’s not often a band can pull something like that off without sounding contrived, but Tyred Eyes run it radiantly with ease and style!

Please introduce yourself and how you contribute to Tyred Eyes.
Hello. My name is Erik Toresson and I play electric bass in the rock band Tyred Eyes. I also write some of the songs. The other members are: Martin Toresson, Johanna Hellqvist and Joel Bjurbo.

Where are you all from originally and how did you all meet and decide to play music together?
Martin (who sings and play guitar) and I are from a small city in northern Sweden called Falun. It’s very cozy up there. I met Martin for the first time when I was 2 years old, cause he’s my brother. 24 years later we both ended up in Göteborg (although Martin now lives in Stockholm). We had been in bands before, but never in the same band, so we talked about starting one and we did. Johanna joined 2 years later. Last year our drummer Joel joined the band. Those two people joining are by far the most vital and important things that has happened to this band.

What’s life like for a Rock N’ Roll band in Göteborg, Sweden?  Are there a lot of other bands there to play shows with and what is the crowd like?
It’s ok! When we started the band it was easier to get shows. Or maybe it’s because the shows were a bit smaller then, and we’ve just gotten pickier about what shows we want to do nowadays. There is a great sense of community between us and some of the other bands in Göteborg; especially the bands that we share our rehearsal space with: Hunt and Killers Walk Among Us. Our musical styles differ quite a bit, so we don’t often play shows together, unfortunately. They are superb bands, I am very proud to count them as my friends. 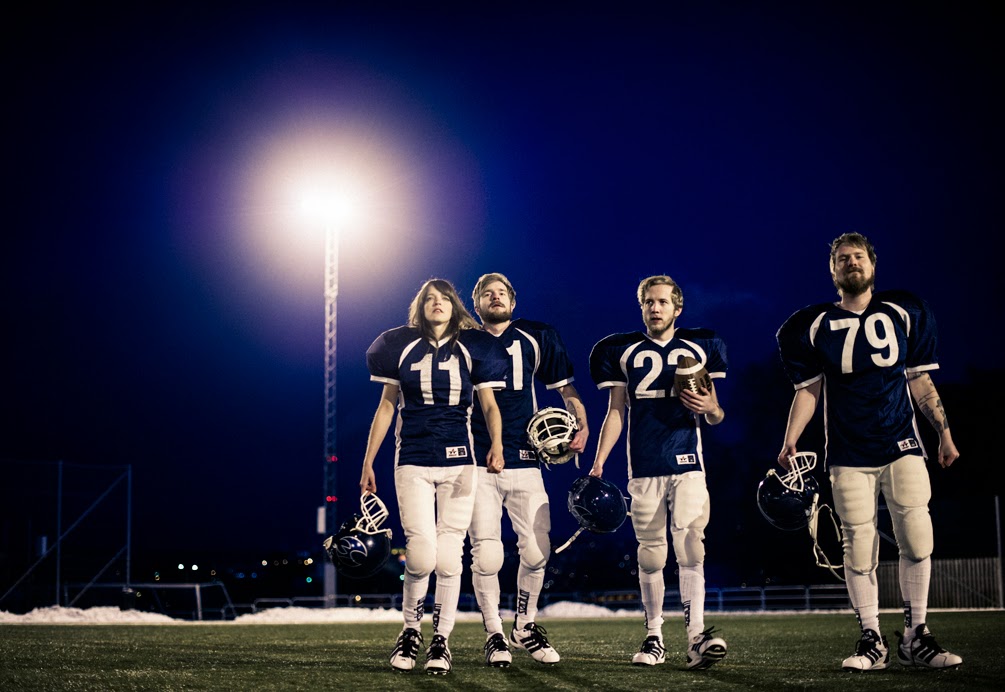 What’s your favorite album to listen to from start to finish?
Radiohead - Ok Computer or Neil Young - On the Beach.

Do you remember your first Rock N’ Roll show?  Who did you see and what impression did it make on you?
I don’t remember any specific show from the age when I started going to concerts at the local youth center in my home city. But the first rock show that really had an impact on me is probably when I skipped school and took the train to Stockholm to see the Australian band The Datsuns. But it was more the sense of being in a real rock club in a real city, and smoking cigarettes and drinking beer next to the members of The Hellacopters, than the concert itself. Also I met Andy Bell from Ride/Oasis in the urinal. It was a big night for me because I realized that there was a very exciting world waiting for me out there. One thing that I have thought about a lot recently is that nowadays when I go to a concert I spend more time complaining that my feet hurt, rather than being excited about the band, even if it’s a concert I’ve been looking forward to for a long time. When I was younger I went totally crazy before a concert, just by the sheer fact that the band that I was there to see was about to be a couple of meters away from me in 5 minutes. That doesn’t happen anymore, and it scares me. Sometimes I do get excited though, it’s just less frequent. I saw my absolute heroes Neil Young & Crazy Horse this summer, something that I had been waiting for as long as I can remember. My most vivid memory from that show is when Neil played a song just by himself, and Ralph Molina, who plays bass, stood by the side of the stage drinking tea and chatting with the guitar tech. That’s my biggest memory from that show. What’s wrong with me??

In your opinion, what bands do people need to know and understand in order to appreciate your music more?
Broder Daniel. 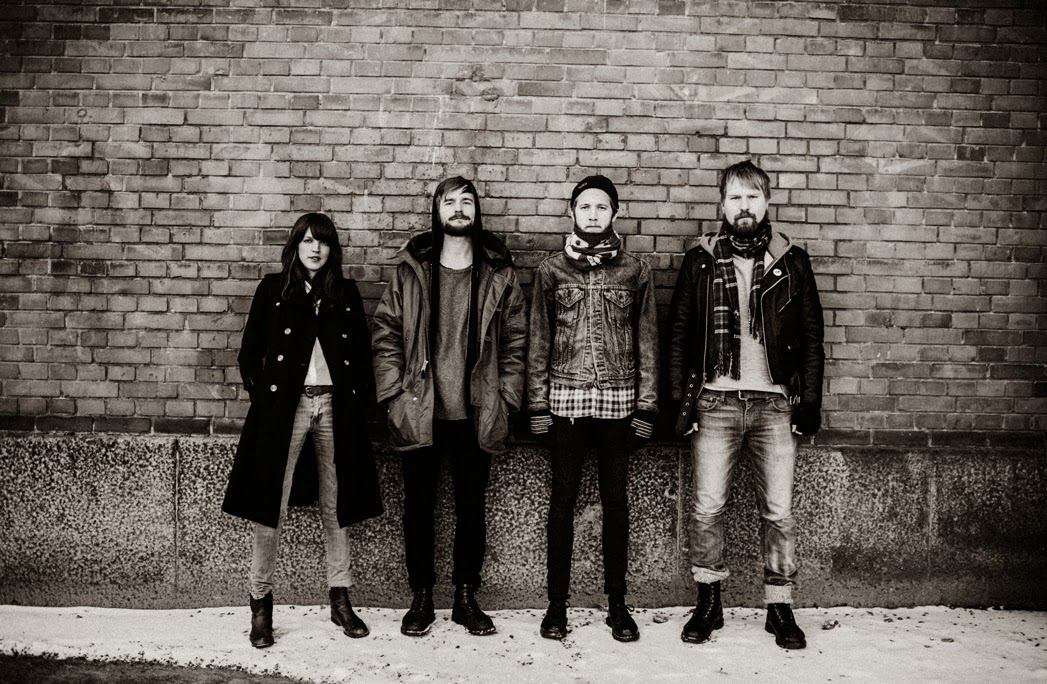 I don’t like using the term “guilty pleasure” just because I don’t think people should be ashamed by anything they really like.  With that being said, do you guys listen to anything that some of your fans would be surprised by?
My fellow band colleagues will probably hate me for revealing this... I do however agree with your statement that good music is good music, and you should never be ashamed of what you listen to. Having said that I can’t seem to outgrow a lot of the emo bands that I listened to a couple of years ago: My Chemical Romance, Paramore and Taking Back Sunday to name a few. Just for the record, I started with all the cool bands, from the second generation of emo bands, like Sunny Day Real Estate (although they might actually fit more as a first generation emo band?) and At the Drive-In.

What’s been the most unforgettable show you’ve played, good or bad and what made it so memorable?
The latest show we did. We played in Stockholm at the now closed venue Debaser Slussen. It’s probably Sweden’s most famous venue, and we played the second to last night it was open. That was a huge deal for me personally because it was the same venue as I went to when I was young (as I mentioned in a previous question). If someone had told me at age 18 that I was gonna play a show there myself in 10 years I wouldn’t have believed it.
Also it was memorable because we were fucking great that night! We played a lot of new songs from the new album for the first time and it was so much fun. We also had my very good friend Stefan with us on stage on third guitar, which really added to the sound. In my opinion we have never sounded that good before, which brings me to the sad part, and the biggest reason why it’s the most unforgettable show I’ve played. And that is that my dear friend who played with us died 2 months later, before we had time to ask him to play with us again. We did this really cool outro for the last song, where we took turns to get off stage, and it all ended with this huge wall of noise from everyone’s amplifiers. I have spent many hours daydreaming about doing that outro again with the same people, but now that will never happen. Luckily, someone filmed it, and it’s on Youtube. It breaks my heart every time I watch it: http://www.youtube.com/watch?v=ze4JW2TVk54

The cassette is making a raging comeback.  Do you think it’s a viable and collectable form of music or just another hipster trend that will soon go hobbling back to its dark cave of obscurity where in belongs?
Actually the first ever release that we did was a split cassette with a band from Santa Cruz called The Groggs. I never collected cassettes or made mix tapes when I was young, so I don’t really have a personal connection to that storage device. But I really like the size of it, and it seems to be a good substitute for making an expensive vinyl release. I would love to do a new cassette release for Tyred Eyes, so if there are any cassette labels out there reading this, let me know!

What does the band have in store for us in the near or not so near future?
We have just finished our second album. It will be released after the summer, and it’s called Elevator. I am very proud of this record, and can’t wait to let people hear it! I think we really gave it all this time, and now all four of us writes songs, and play different instruments, which was a lot of fun. Musically it’s quite a big step up from our previous releases, and that has always been my goal: to do different and better things for each record. The first single from the album is called Lunar Escapade, and will be released on the 16th of March.