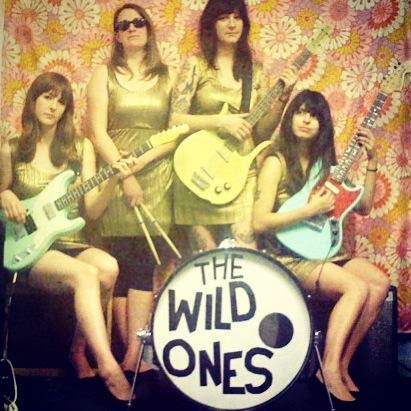 The Wild Ones were a fun female four piece shakin’ and shimmyin’ band from Santa Cruz, California. The band played a wonderful style of fun, sun kissed 60’s garage Rock N’ Roll. One of the things that set this band apart is the heart and sincerity that was fixed into their music. This added an inimitable style to their music and made repeated listens to Wild Ones records a must. Sadly though the world is a little less feral now, The Wild Ones played their last show on February 21, 2014 at the Jury Room with tour mates Bummer City. Here’s hoping these ladies return to music in some form or another. Their talents will be missed.

Where are you all from originally?
Santa Cruz!

How did you all meet and start playing music together?
Belle: I’ve known Rachael for years and she was always trying to get me to start a band. I was way too scared, but one night we were at a show with Hilary and the three of us decided we could do it! Rachael was originally gonna play drums, but I had never played guitar so it was decided that she would play lead and we needed to find a drummer. Marisa was an old friend of Hilary who heard that we needed a drummer and she fit in perfectly. We had our first show a month later and the rest is history!

What or whom influenced you as a kid to want to play music and write songs?
Ramones, Rolling Stones, The Ronettes, Nikki Corvette, and The Pleasure Seekers. 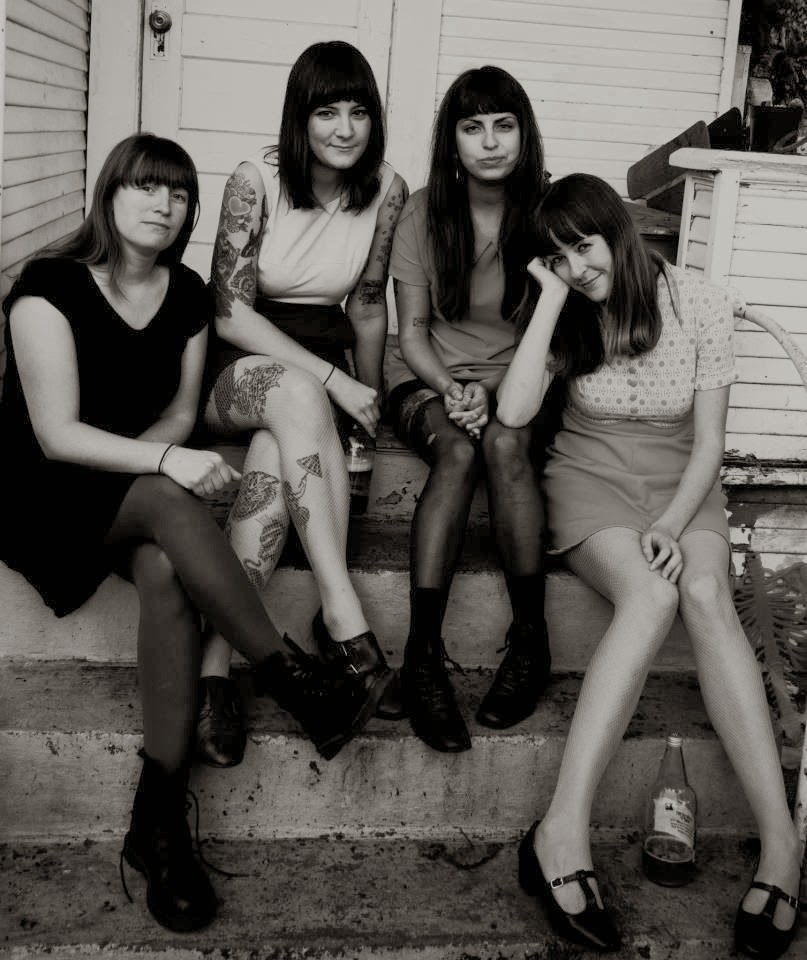 Besides your Nikki and The Corvettes/Runaways influences, I detect some of the more melancholy side of 1960’s girl groups in your songs too. Am I totally wrong on this?
I’ve loved 1960’s girl groups since I was a kid. I’m glad that seems to have worked its way into our “sound.”

The band just finished a fairly extensive U.S. tour with Bummer City. How do you feel that went? What has been the most memorable show for you?
Tour was the best! We were on the road for a month, played so many great shows and met a lot of friends along the way. We played with some great bands such as Big Eyes, Audacity, Primitive Hearts, The Bills, The Brothers Gross, The Rich Hands, The Bad Lovers, Mikey and the Drags, Bombon and so many more! We’re still talking about that tour!

What was your reaction when you first saw that fan made video for “Mad About You?” I thought it pretty terrific myself.
We love it! We don’t even play that song anymore so its nice that someone out there made such a sweet video that totally fits the song.

I don’t like using the term “guilty pleasure” because I don’t think anyone should be made to feel ashamed of anything they like. However with that being said, what to you listen to that you think a lot of fans may be surprised by?
Robyn! 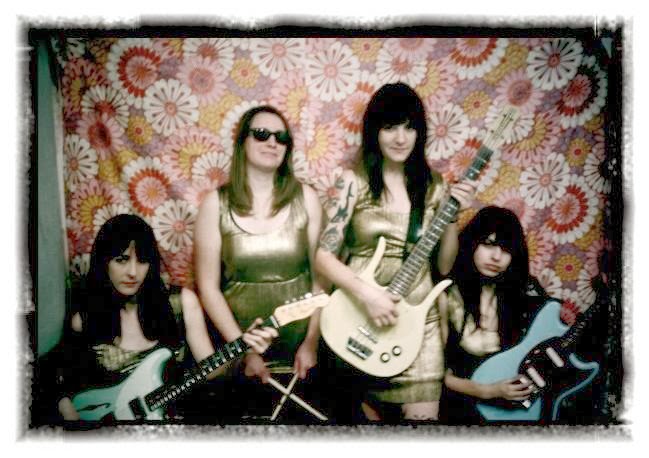 So you have the Nasty Habits EP and the Dream On LP available for one’s listening pleasure out now. The soon to be released Day Drunk 7” is coming out on the La-Ti-Da recording label. How did that relationship begin?
About two years ago we played with The Tranzmitors in Vancouver, BC. We made some friends up there and returned to play the Fall Down/Get Down festival, which was amazing! Tim Horner of La-Ti-Da asked us if we’d like to put out a 7” through them, which of course we did! Not sure when that’s gonna be available but hopefully soon!

You guys are on the recently released Fuzz City Records cassette compilation with some other great bands, Warm Soda, Ramma Lamma, how did your involvement with that project come about?
We’ve played with Warm Soda a couple times and became friends with Matthew Melton. He asked if we wanted to have a song on the mix and of course we did! We love pretty much all the bands on this mix so it’s great to be among them.

What else do the Wild Ones plan for us in the near, or not so near, future?
Things are changing up for us in the near future! Marisa is moving to New York! We’ll miss her but we’re all so excited for her. Rachael’s going to Europe for a few months and then moving up to San Francisco. We won't be able to practice and play shows regularly, but we don't want to call it quits! So the hope is to play together when we can. And start new projects as well!

The Wild Ones - mad about you from ein dünner Speichelfaden on Vimeo.


Posted by Audio Ammunition at 9:09 PM