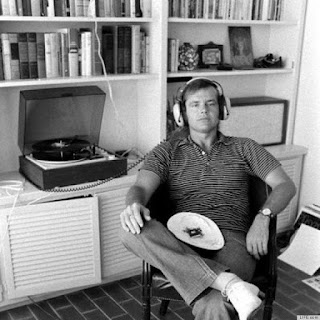 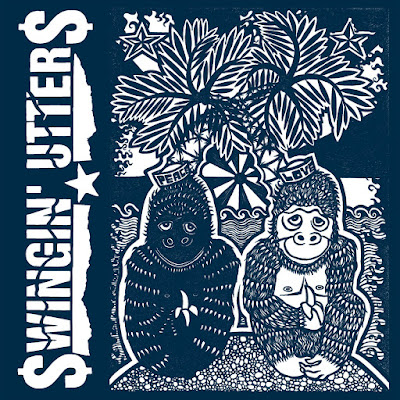 Swingin’ Utters – Peace and Love LP (Fat Wreck Chords)
These guys have been around for a very long time and have put out 8 or so LP’s not including a few compilation records. Somehow these guys have done the impossible, they top themselves with every succeeding release. It’s hard to pinpoint their sound because they clearly do their own thing but if you like Cocksparrer, Stiff Little Fingers, and Billy Bragg then these guys will suite you just fine. Playing punk rock for as long as these guys have, you’d think they would have fizzled out by now like a lot of bands have done. But age seems to be fueling the fire where it seems to douse it for most. Let that be a lesson to you kiddies - never underestimate middle age rage! (J Castro) 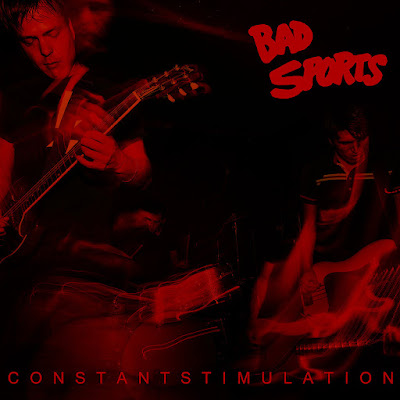 Bad Sports – Constant Stimulation LP (Dirtnap)
This is now the Denton, TX trio’s 5th LP and there appears to be no build up in the fuel injection. This is the band’s loudest and tightest batch of songs to date. The song All Revved Up To Kill has been bouncing around in my head since I first heard this record a few months or so ago! Bad Sports play catchy, black leather jacket, beer soaked punk rock n’ roll. The downside with this kind of music is that a lot of it falls into the lunkhead category, which this band most certainly does not EVER. There’s a difference between playing stripped down or minimalistic style as opposed to simple minded crap rock under a "punk" disguise specifically for pit goons.  (J Castro) 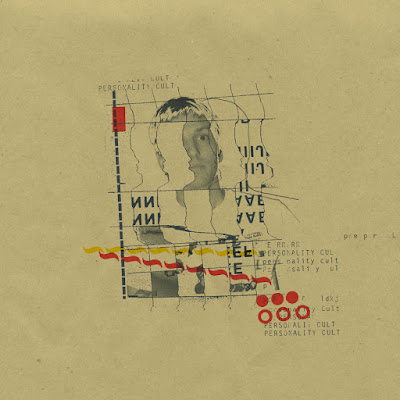 Personality Cult – S/T LP (Drunken Sailor)
This is one fire ball of a first record by this Carrboro, NC quartet!  This record had me in a head lock just from the opening guitar on the first song titled “Burned.” If you’re lazy, you can possibly toss this into the pop punk bin I suppose. But if you listen to the record more and more, you’ll find the band climbing out of that bin and hunting you down for the injustice. Personality Cult sounds to me like pop melodies riding on a long bead of thick guitars with some Briefs style hooks and Steve Adamyk Band sensibilities.  This record is going into the “Best of 2019 so far” bin for sure!
(J Castro) 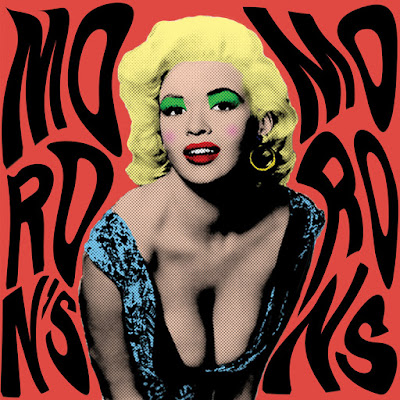 Moron’s Morons – Indecent Exposure EP (Slovenly)
This is the first record I’ve heard from this band and it was no let down. Poland’s Moron’s Morons are a rock n roll dumpster fire and I love it! So that dumpster fire I spoke of before, imagine someone trapped and screaming inside said dumpster while it’s a blaze and you’ll get a clearer picture of what the band sounds like. Fast, Frantic, Lo-Fi garage punk the likes of which this earth spits out less and less these days. But when one does manage to crawl out from the pits of hell, they’re a formidable force. With songs like “Vibrator Violator” and “Devil Sucks My Cock and Swallows” it’s best that you just stand aside and let Moron’s Morons do their thing. If you don't get it, don't ask just leave.
(J Castro) 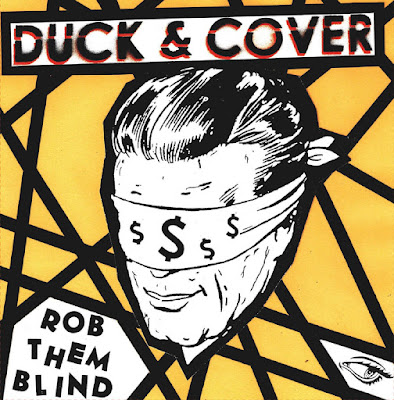 Duck & Cover – Rob Them Blind LP (Rum Bar)
This Boston quartet plays quick, catchy, good time rock n roll. These guys sound like they listen to Thin Lizzy every bit as much as they listen to the Ramones. They describe themselves as being a mixture of 80’s hair metal and punk rock. While this may trigger some millennials and conjure up images of The Dirt, rest assured Duck & Cover only take the good parts of that kind of music. Such as the tough, melodic guitar hooks and the “hey relax, have a good time, its the weekend” spirit which even I miss from rock n roll of that era.  No politics, no agendas, just listen and have fun. Damn that's refreshing! (J Castro) 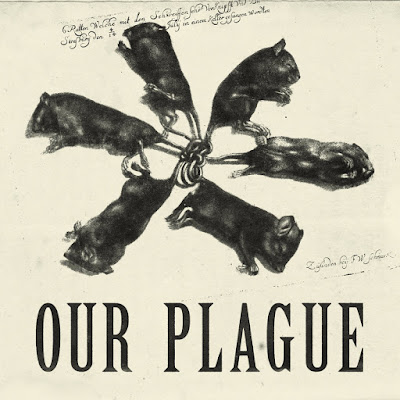 Rat Parade – Our Plague EP (Self Released)
Rat Parade are form Hamilton Ontario and these hungry young lads play politically charged, searing street punk not too dissimilar from bands like Exploited or GBH stuff like that. Or so I thought from the opening song which is called “Age if Disinformation.” Then the second tune chimed in called “Second Chance” and has the band switching gears completely. This song has a similar feel to the old Dead Boy’s song “Not Anymore.”  The other two songs on this EP are tethered in the middle of the above comparisons often hitting both walls but now being propelled by old school, unpolished pop punk riffs kind of like Crimpshrine. (J Castro) 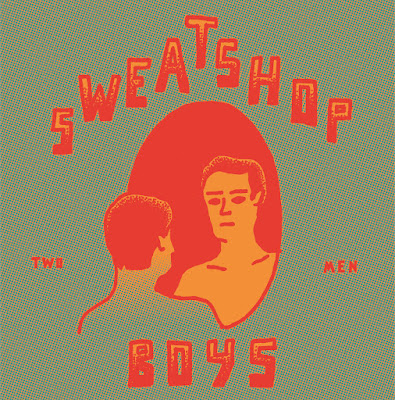 Sweatshop Boys – Two Men LP (Rockstar)
Israel’s Sweatshop Boys knock it out of the park once again with their 2nd LP. When I say knock it out of the park, I actually mean knock it out of earth’s breathable atmosphere. This band plays ultra-infectious power pop that skates on punk’s edges. If you dig bands like The Undertones, Teenage Head, The Boys, Generation X stuff like that, then you’re missing out not buying this record! I dare you to listen to the song “Unaware (Coco)” and not swing your unkempt mane from shoulder to shoulder.  These guys are one of the best bands around right now, jump on 'em before you’re left with nothing but a sad bewildered look on your face. (J Castro) 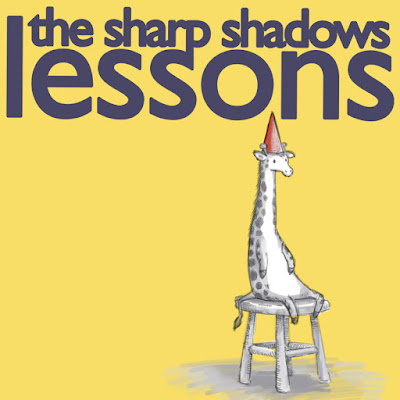 The Sharp Shadows – Lessons LP (Dadstache)
I first heard Sharp Shadows back on their 2016 LP Small Victories and they won me over with that record back then. This new LP picks up where their previous LP left off. This Brooklyn band plays top shelf power pop similar to The Plimsouls with some, dare I say indie rock influences peppered throughout their stellar tunes. With Lessons, Sharp Shadows continue to display some really good production and song writing. These guys remind me a lot of bands like newer power pop bands Locksley and Free Energy. I’m not even sure if those two bands are even around anymore, but if they are they’d be wise to pick Sharp Shadows as their next touring mates! (J Castro) 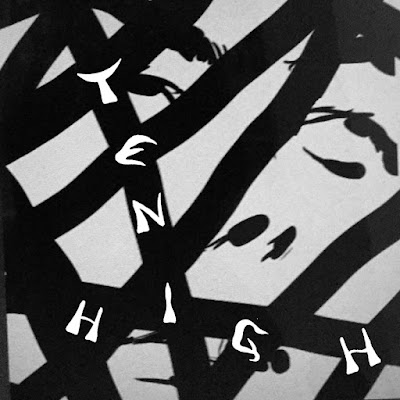 Ten High – Slackjaw Gaze 7” (What’s For Breakfast)
This band comes from Fayetteville, AK and have made it a point to destroy as many ear drums as possible. The first tune and title track is a full frontal assault on the senses. It’s a fuzzed up, blown out power surge of rock n roll that hits its intended target yet send shards of noise all over the room. The second song titled “No Waves” is a bit more restrained and has a slithering guitar riff capable of wrapping itself around you and constricting the air out of your lungs. All in all, a pretty cool two banger here from a band I’ve never heard of up until now. I’ll be looking for more from these guys for sure! (J Castro) 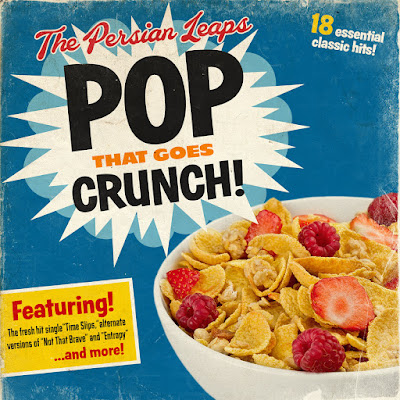 The Persian Leaps – Pop That Goes Crunch LP (Land Ski)
WOW this album is a bonafide stunner!  The Persian Leaps play top shelf power pop with loud Grade “A” guitar hooks mixed with laid back Morrissey/Ian Brown style vocals. Apparently this band has been around since 2012 releasing EP’s here and there along the way. This is their first LP and it does consist of remastered songs off those EP’s. But this record sounds cohesive and it’s got 18 songs!  Imagine if you will a band that sounds equal parts Stone Roses and Replacements?  I know, I know hard to believe but yeah, Persian Leaps are that good!  I would never kid about a description like that! One of the best records I’ve heard all year! (J Castro) 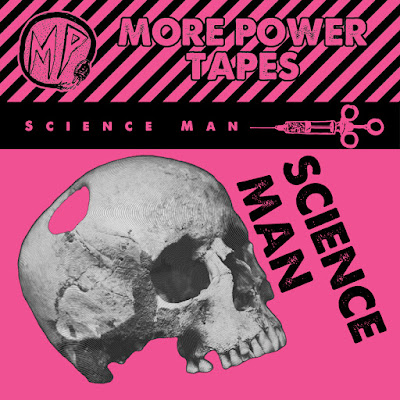 Science Man – S/T CASS EP (More Power)
Science Man plays some pretty cool dark, busted up, post-apocalyptic, new wave-y garage punk similar to Stalin Video or even Lost Sounds. Science Man also kind of reminds me of something like The Clean mixed with Slip It In era Black Flag but played through speakers that have been dropped out of a 4 story window and partially run over by a garbage truck. Five out of the six songs on this release are great and thunder right out of the gate with an impressive amount of force but the 6th song on the album called “Airport Underground” sounds like something off of one of Brian Eno’s Ambient records.  (J Castro)

Posted by Audio Ammunition at 7:20 AM