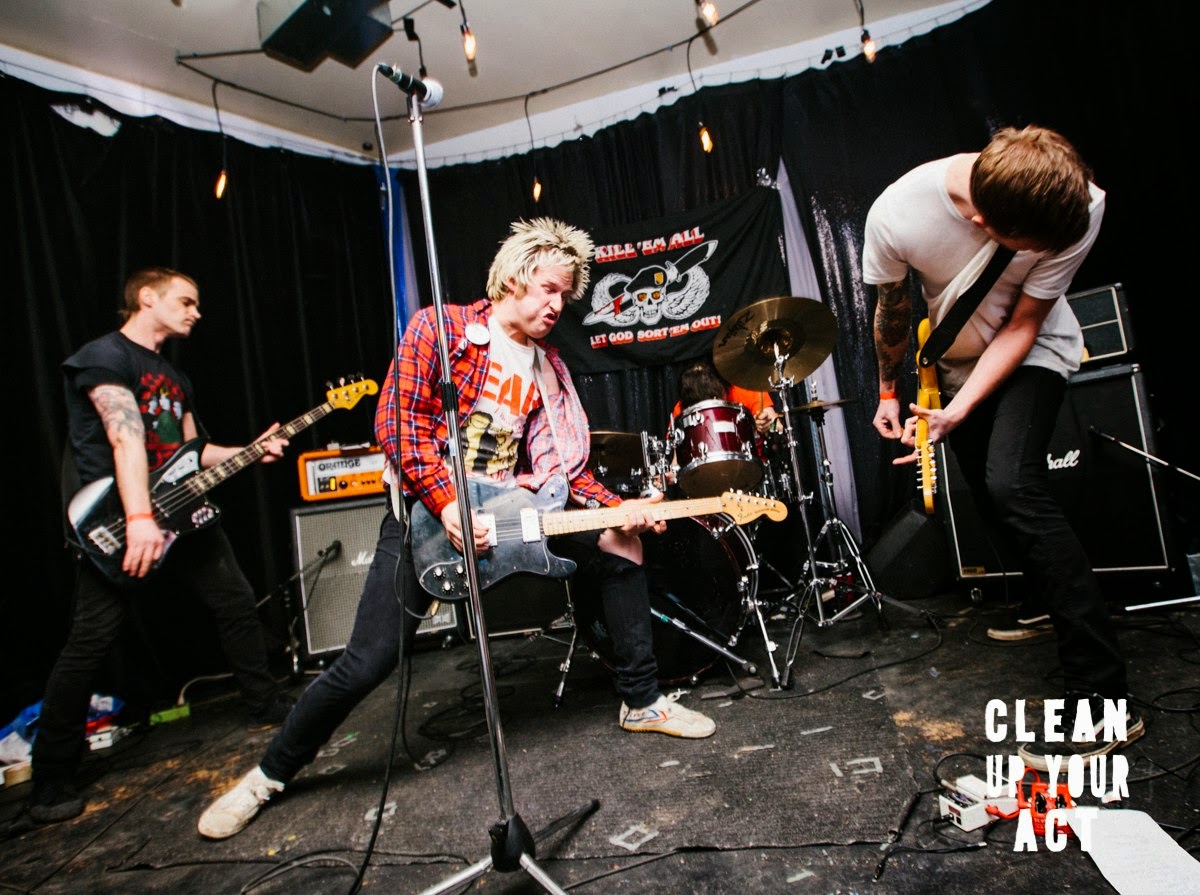 Just because you aren’t reinventing the musical wheel doesn’t automatically justify your dismissal from the band world. Enter No Problem, they are made up from members of Wednesday Night Heroes, The Mandates, and the Throwaways, but don’t sound like any of those aforementioned bands. No Problem has struck for the musical heart of melodic punk hardcore, think early D.O.A. mixed with some Dead Kennedys, Adolescents and Viletones, and have no qualms about doing so. While most bands or musicians mellow with age like a fine wine, No Problem is proud to be a like a fireball shot of whisky that has a bite when swallowed.

Give us a brief history of your musical background, some other bands you have played in and currently do play in?
All four members of No Problem have been quite active in the underground music community.
For myself, aside from duties in No Problem, I play drums in a band with my sister called Strangled and am also working on several other projects still in the development phase. From 1998 to 2008, I played in a streetpunk band called The Wednesday Night Heroes where I was able to tour all over quite heavily.
Matt Bouchard currently plays in a synth-pop band called Physical Copies and before joining No Problem he did a lengthy stint in an Edmonton punk band called Let’s Dance. Steve Lewis played in a hardcore band called High Jinks and just recently left a riff raging band called Stepmothers. Warren who lives in Calgary used to be in a trash band called The Throwaways and is now blowing people’s bodies apart in his power-pop band the Mandates. So basically for all of us it is rather important to keep active and creative when it comes to music.

Where is the band from?
No Problem is from Edmonton, Alberta, Canada.

Who is in the band and what instrument do they play?
Graeme MacKinnon (Guitar/Vocals)
Matt Bouchard (Bass)
Steve Lewis (Guitar)
Warren Oostlander (Drums)

How did the band start?
With Wednesday Night Heroes on hiatus and Matt’s band Let’s Dance winding down, he and I started talking with our original drummer Ian about doing a back to basics hardcore punk band in the vein of early LA bands like The Germs, Circle Jerks, The Adolescents and TSOL and mix it with early Canadian bands like the Viletones, Subhumans and Personality Crisis. Once we started jamming it started to come together quite nicely, but once Steve joined and brought more of a hardcore vibe, I felt that’s when things really started getting interesting and it just clicked.

What bands did you have in mind when starting this band?
Lots of KBD type stuff when we started, but as we progressed many other influences started to creep from Aussie punk to early European punk. Matt has been really into Flying Nun Records and stuff like Sparks or Harry Nilsson, stuff with really big sings, while Steve has always been on a guitar quest for the ultimate thick riff so a lot more hard rock doomy type stuff. For our current drummer lots of audio books like English versions of the Smurfs or Sweet Valley High, but that’s usually something we need to regulate or he’ll get too hot in the sweatpants.
Basically we all kind of bring our own personal thing to the mix. Like later Kid Rock stuff or Load/Re-Load Metallica…just heavy hitters. 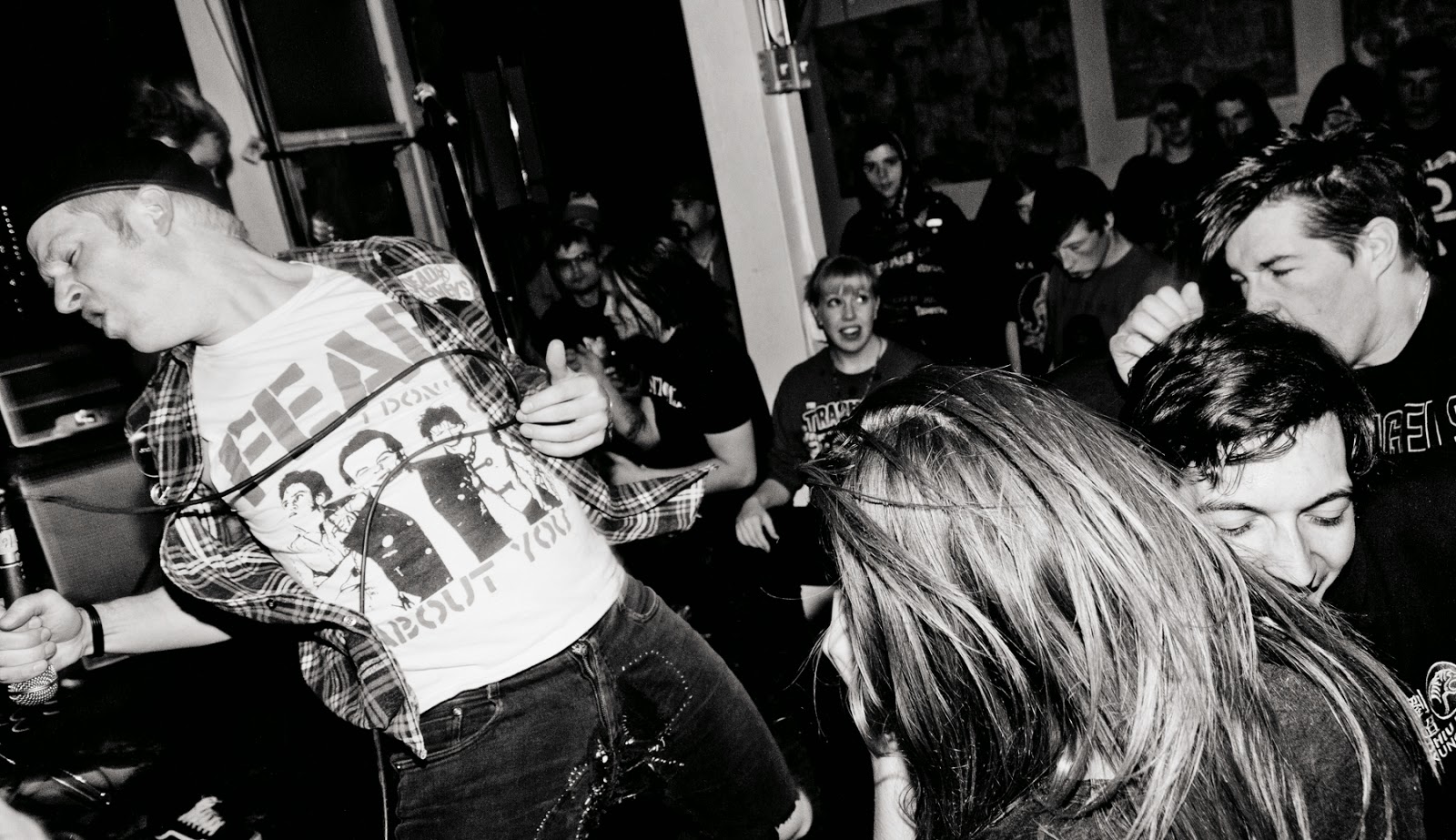 This is a question for Graeme. While Wednesday Night Heroes had a more street punk sound, No Problem is going toward early punk/hardcore. Most musicians tend to go away from punk/hardcore as they get older, but you have embraced it with No Problem. What were some of the reasons why?
No Problem is just a different beast. When we were doing Wednesday Night Heroes we were influenced by a lot of UK punk like No Future/Riot City Records type stuff, bands like The Partisans, GBH, Peter and the Test Tube Babies alongside The Professionals and other classics, so when we started No Problem we just wanted to do something different, gravitating towards early hardcore punk bands who were playing just raw rock n' roll with aggressive and reckless tendencies. And I think by not just worrying about speed or being angry, we could really push ourselves to do something a little different. Strange melodies or personal lyrics that might be more honest to what I’m feeling than just your typical punk affair.

I read a quote from AuxMagazine, that states “I know No Problem isn’t reinventing the wheel, but if this record makes someone happy or gets someone into other cool punk records, or influences some young pukes to start new and exciting bands, then that’s a job well done.”  That is a pretty honest quote considering that some bands think they are reinventing the wheel when they are just merely playing their music like their influences. Is the mindset of No Problem, “This is who we are and what we do,” either take it or leave it?
The mindset for No Problem has always been let’s make songs and write lyrics interesting to us, let’s just do what comes naturally and hopefully people will respond. We feel like we are from a city or a part of the country that no one cares about so I like to think even though we aren’t “reinventing the wheel,” we are still creating a sound unique in our interpretation, but in a way that is true to whom we are.
I mean there are a lot of cool bands floating around the universe - the Total Controls, the Crazy Spirits, the Omegas, the S.H.I.T.s or the Una Beastia Incontrolables and all of them are great at what they do so why would we want to re-do or copy them when they are already doing something great and original. I find it really easy these days to be so literate and up to date with current bands that sometimes you run the risk of inadvertently copying them. The same types of songs: the same artwork even. And don’t get me wrong I wish I wrote the Total Control song “Flesh War,” but I didn’t so why even try to come close to something like that. It would be a disservice to our own music and to theirs if there was another “Flesh War” called “Skin Fight” or something and we reversed the chord progression.

What is the scene like in Edmonton?
It’s coming along. Just like any city it comes and goes in waves. Sometimes there’s tons of bands and loads of kids, but at the moment it is kind of in a transitional phase. Lots of cool bands starting so hopefully that will translate into a greater number of punters. 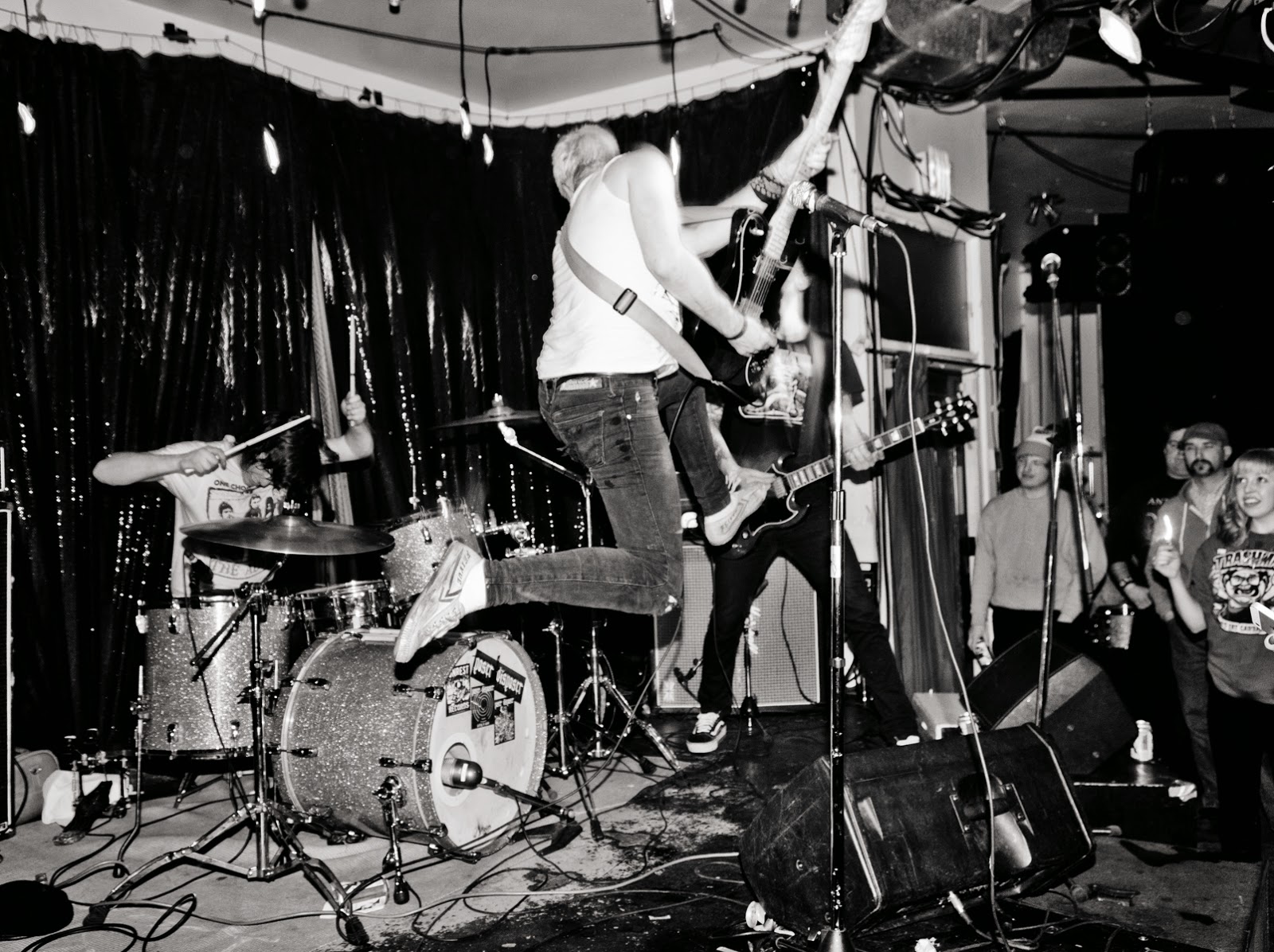 So far, No Problem has had pretty good luck with labels. How did the band hook up with Deranged Records?
Gord has always been very supportive of Canadian punk and I think after we recorded the first LP in Toronto with a mutual friend Jonah Falco he was interested in hearing the finished product. Luckily he was into it and it really helped us get our music out to the people. Our relationship with Deranged has been easy and Gord has always been really supportive of what we want to do.

No Problem has had a couple of European tours. What were some of the best places to in Europe? Favorite shows?
Germany has always been great, but on the last trip the shows in Italy were the most insane. People went nuts and the after parties were so fun. We toured with Voight Kampff from St. Louis and they have got to be some of the best people to ever tour with. So many characters making great music and they were so fun to rage with and in Italy we definitely tore the dancefloor a new hum-dinger.

What are some things you like about all the digital avenues presented to musicians nowadays (Bandcamp, blogs, blog writers, Facebook, smaller record labels, internet magazines, etc.) to help bands today? And some things you don’t like?
To be perfectly honest, don’t care.

Where can people hear No Problem?
I believe there are bandcamps out there so you can listen to the tunes. iTunes is another way. You should pick up the physical records, order direct from Deranged Records or snag them at your local shop and if they don’t have ’em demand they get ’em or you’ll riot. But if massive group violence isn’t your thing than just come to the gigs and buy records off us, the best and the cheapest.

What’s next for the band?
We will be releasing a tour 7” with three brand new songs. The EP is called Kid Killer and I think this is some of our most bleak stuff yet, so pick it up and slam to it.
In June, we are going to be playing K-Town Fest in Copenhagen, Denmark and touring all the usual stomping spots so keep your eyes peeled for dates.
Thanks so much for the interview and I hope to see some wild fuckers at the gigs.
Cheers.

Posted by Audio Ammunition at 3:05 PM