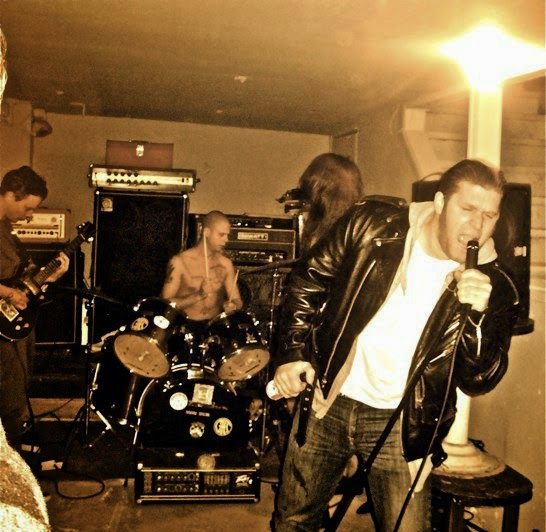 The Bad Coyotes are billed as “rock and roll sex punk,” which you could argue the meaning of until the cows come home or until the bar kicks you out and still really never know what this phrase means. What can you bet on is that Bad Coyotes are a mix of The Kids, Saints, Rip Offs, the Infections and bits of Teenage Head wrapped into one hot blooded band hell bent on raw energy and lo-budget recording. Time for Sex Positions is a hot mess of an EP and could be the musical equivalent of a candy apple with a razorblade inside with only the core left.

Where are Bad Coyotes from?
Oakland, CA
Comprised of Andy and Jason who are from Virginia. Mark is from Peru and Scotty is from Richmond, CA.

How did Bad Coyotes start?
Andy and me were listening to a lot of hardcore and garage rock and had been playing in a hardcore band called Not Invited. Mark was playing in Deadfall and Scotty was playing in Rhygin HC. We were all playing in hardcore bands and we just got more interested in Rock N’ Roll more particularly old Rock N’ Roll and 70’s punk and Back From The Grave type stuff. Andy’s been listening to a lot of garage stuff and fuzzed out grunge and shit his whole life and put us onto a lot of cool bands like Supercharger and The Gories and New Bomb Turks and Oblivians and shit like that. I’ve always liked a lot of ‘70’s punk type shit like The Vibrators and Teenage Head and The Kids, Pagans etc. I dunno, we were all guys who liked to party together and hangout and boom! We had Bad Coyotes, shits been a disaster ever since ha, ha, ha.

If you could only own one band that Greg Lowery was in (Supercharger, Rip Offs, The Infections, Zodiac Killers) which one of the bands would it be and why?
Supercharger! Shits fuzzed out as fuck and totally rips!

What bands have been the most influential on Bad Coyotes?
Hard to really answer this one, everyone in this band is such a different person and has so many musical tastes it’s really impossible to pin point the shit. We all like Los Saicos a lot. We all like New Bomb Turks and The Kids. We spent a lot of time terrorizing Oakland and SF in my old dodge blasting lots of Nuggets Rock N’ Roll and everything from Youth of Today to Cocksparrer to Sonics to a CD that had the Mexican hat dance on repeat, we’re fuckin idiots man.

Do you think music can still be a vital force in such a disposable age?
Music is the only thing left that no one can really control. A human being can make noise with their mouths and bodies. Music is true freedom and expression. Anyone who tries to say otherwise is a fuckin jerk off. Shit is easily disposable these days but like a fuckin disease everything finds a way to break out and fester and infect the masses. I personally think humans are a fuckin disease that will destroy the earth and if all the hippies in the world who are trying to save it just off themselves they would be helping their own cause and be less annoying. But the creation of music is one of the coolest things we’ve ever done, even plants and animals like that shit.

In the Bad Coyotes bio, the band is described as “rock and roll sex punk.” Can you describe what that is exactly?
That’s just some dumb ass shit that doesn’t mean anything and our bio is fucking stupid as shit! Mark wrote it . . . pfffffff!
I think I made that up as a description while I was drunk and we thought it was a cool thing to describe ourselves as for awhile but it literally means absolutely nothing. I hope it catches on and becomes a genre like dbeat or riot girls or emo or some other shit that’s stupid and pointless.

How did the band initially meet Resurrection Records? Did they offer to put out the Time For Sex Positions EP based of the band’s other releases?
Well, no. Well, maybe. Shit I dunno. Homey at Resurrection is a really awesome guy who has a good ear for good tunes and likes a lot of different shit.  He’s got a great label and we’re very grateful to be a part of it. 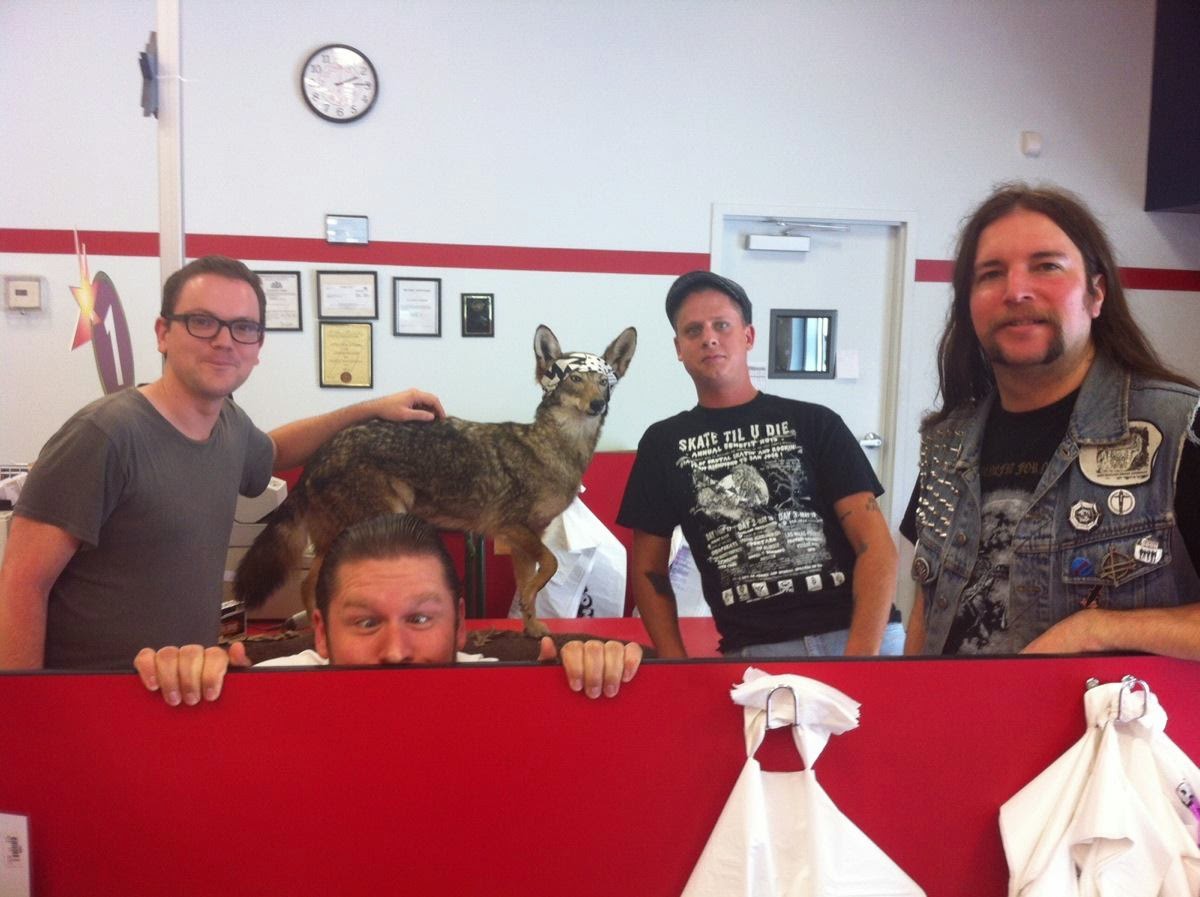 In an interview with Buck Biloxi and The Fucks in Terminal Boredom, there is a quote stating, “Bad Coyotes are some wild dudes who get confrontational and yell and kick ass.”  This leads me to the question how are Bad Coyotes live shows normally?  What are some of your favorite shows as a band?
Our shows usually consist of one or two people getting hit in the head with a microphone stand. I got sunglasses on a lot and can’t see good out of ‘em. Andy usually antagonizes the crowd with cheap shots and weird noises. Mark usually says something prolific in Spanish and Scotty generally looks out at us in disgust and shakes his head and tries to rush into the songs so we can’t talk anymore and piss more people off. Scotty is a handsome man with a good heart; we love him. Also he quit so we need a new drummer, ha, ha, ha, ha, ha!

Anyways at our shows the crowd usually is scarred or confused and stands at the back of the room awkwardly or leaves. People in the bay area don’t like violence very much. I don’t think we’re a violent band. I just think people need to learn how to untighten their buttholes and fuckin party selflessly every once in awhile for craps sake. This is what happens when we play garage shows. When we play with punk bands or hardcore bands at like house shows and warehouses etc, people circle pit and throw shit back and party and generally have a good time. It’s a mixed bag and the candy in it doesn’t always taste good.

50 years ago people used to buy music and get their water for free, now people pay for water and get their music for free. How do you think this affects music in any way?
Bottled water is for buttholes; steal everything.

Where can people hear the Bad Coyotes and what’s next for the band?
You can find Bad Coyotes records in the $1 bin at most record stores or buy them from the labels that put them out for more than a dollar. Our music is free and not free on the Internet. I suggest getting our 7-inches from Resurrection records or Modern Action records or Mile High Records. As far as what’s next for Bad Coyotes, well, we’ve been asked to play in many different countries. We’ve been asked to play with amazing bands. We’ve been given tons of opportunity and watched it pass us by because of work problems or money problems or mental problems or substance abuse problems. We’re always stuck with each other’s problems, I dunno, we’ll probably break up. Know any good drummers?

Posted by Audio Ammunition at 12:57 AM