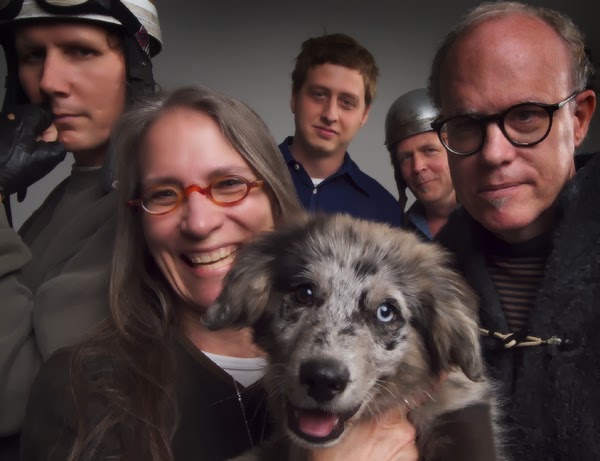 Swimming Pool Q’s was like a host of 1980’s pop bands making the kind of songs that should have garnered big hits, but
instead in a cruel twist of fate were near misses. After starting out so brightly by opening for bands like Devo, The Police and Lou Reed, The Q’s signed a deal that would ultimately cost them. Now thirty years, the Swimming Pool Q’s are eagerly awaiting to be
found all over again. This year features The A&M Years release, which is a testament to their jangle-pop songwriting that should
have done better the first time around.

Where is the band from?
Atlanta

Can you give a brief history of Swimming Pool Q’s?
We formed in Atlanta in early 1978.  Later that year we opened shows in Georgia for Devo and The B-52’s, and shortly afterwards began touring extensively in the Northeast and down South. Our first single was “Rat Bait”/”The A-Bomb Woke Me Up” in 1979.
Our debut album was The Deep End [DB Recs] in 1981.  We signed with A&M Records and released two albums on the label:  The Swimming Pool Q’s (1984) and Blue Tomorrow (1986), touring nationally with Lou Reed during this period.  The Firing Squad
for God EP (DB Recs) appeared in 1987; World War Two Point Five (Capitol/DB) in 1989.
Following The Deep End deluxe reissue in 2001, we launched Royal Academy of Reality [Bar/None] in 2003, a very complex
album we worked on throughout the 90’s. The A&M Years deluxe reissue has come out this year (2013).  We have a new album in
various stages of completion and should be releasing a digital EP of three new songs in October.

Recently the band had a Kickstarter funded campaign to release the A&M Years 1984-1986? It was a successful campaign. Congratulations. I had read in a previous that it took Jeff Calder over 15 years to obtain the rights to The Swimming Pool Q’s and Blue Tomorrow. Why was the battle so long especially considering that A&M gave up on the band after those two LP’s?
Thank you!  Earlier in the 2000’s, we started trying to get these recordings re-issued. By then, A&M had long been out of the
picture, and their catalog became ultimately controlled by Universal Music.  Universal is a big company, and it took us a while to
get to the right folks, but when we finally did in 2012, everything went smoothly. 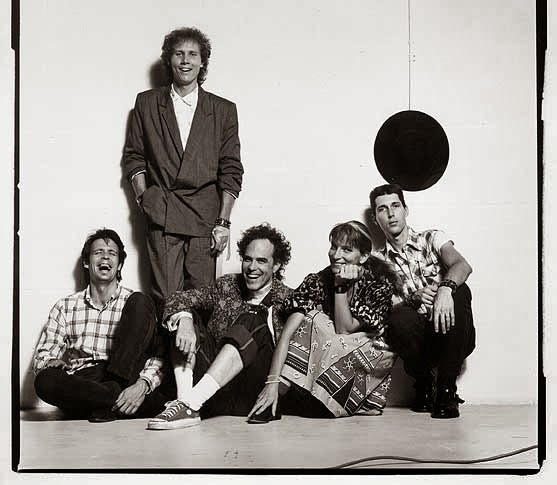 Do you think major labels hold the same power today as they did as they did before? Why?
Probably not, but perhaps the major labels never held any power, and it was all just a mass delusion.  Really, I have nothing
insightful or interesting to offer here, and I think it’s probably a good idea to remain skeptical of claims to wisdom in this regard,
so please strike everything I just said!

Do you think music can still be a vital force in such a disposable age?
Maybe.

How has the band’s view of playing and recording changed since the 1980’s?
As for playing, it’s pretty much the same: stand and deliver, as the Ant [Adam] would say.  We don’t use much MIDI, not that we aren’t all for it. Before we recorded the two albums that comprise The A&M Years, we just set up in the studio, played live, did a
few overdubs and, like most bands that were it.  For The Swimming Pool Q’s and Blue Tomorrow, we worked with some great
engineers and producers--David Anderle, Ed Stasium, Mike Howlett.  We got more comfortable and learned a lot very quickly
about the process of modern recording, and we’ve gone down that road ever since. Now I’d like return to the beginning and make a very simple album, but, of course, that seems like far more work than just piling up 72 tracks and figuring it out later. Sometimes I think that recording is only about creating problems and finding solutions, just for the fun of it.  Until recently, I helped manage the Atlanta Studio Southern Tracks, one of the top American facilities.  We made albums with hundreds of artists.  For years, I loved
staring at the same equipment everyday and saying to same inane stuff about how cool it looked, over and over.  That’s how records are really made!  A lot of my running buddies are recording engineers. They are the unsung heroes of the business.

Posted by Audio Ammunition at 6:19 PM