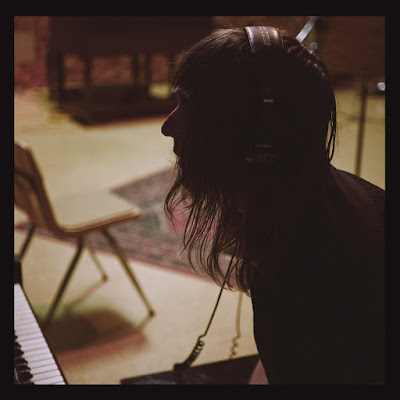 Jordan Jones is a Los Angeles based singer/songwriter who's debut LP came out earlier this year to critical acclaim.  If you want to know exactly what I thought of it, read my full review on our last blog post.  Long story short,  I absolutely fell in love with it.  Jordan's music has a tenderness and warmth that is quite rare these days.  That, coupled with some of the catchiest guitar melodies you'll ever want to hear make for one the most radiant releases I've heard all year, maybe even the last 5. After swearing off interviews for quite a while, when I heard this record I had to know what makes this guy tick!

So Jordan, I’ve heard people describe your music as “power pop” or “guitar pop” but how would you describe it to someone who’s never heard it before?

This record is definitely a power pop record. I don't consider myself a power pop guy overall, I really enjoy writing in this style. I don't listen to this kind of music at home though.

Speaking of your music, I’ve seen a lot of critical praise for your self-titled LP come pouring in (including from us) which is also your debut!  How does all that love make you feel?
I'm really not sure yet, it seems like almost every day Trevor or Teddy are sending me positive reviews from all over the rock world, so checking my email is exciting. Ultimately, taking compliments has always been hard for me with anything I do, but I really enjoy that people like what I'm creating.

Like I said before, this is your debut record.  What made you decide to release an LP right out of the gate instead of maybe a 7” or two just to test the waters?
I've never released a record or single before so I had no idea how it works. All my previous bands that released albums worked out all that stuff, I was never interested in putting out records, I just really liked the creative process of playing with people. I even shelved this album for 3 years before I started to pitch it. My friends really pushed me to have labels listen to these recordings. I think Teddy and Trevor were ready to show the world this thing as a whole, singles aren't great resumes or portraits. 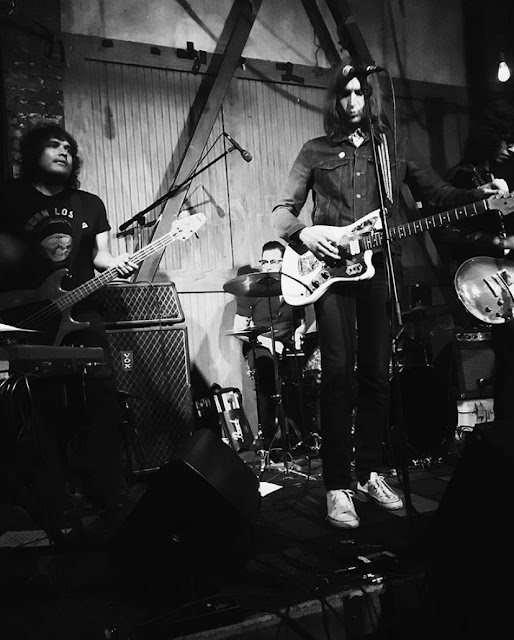 If you had to pick just one, what band or musician has influenced your life the most and can you tell me about the first time you heard them?
Always an unfair question! I think the person I wanted to be the most was always Dylan. Moods and styles and feelings change so rapidly that there isn't a concrete person for anybody, but Dylan was there during very formative years for me. I learned that it's OK to write anything you want and use words however the hell you want to. The first time I heard "Ballad in Plain D", that was all I needed to hear. That song has every single thing that interests me about music in it.

In your experience, what are some pros and cons about being a solo artist as opposed to being part of a band?
Pros: Almost everything about the creative process and recording process.
Cons: Almost everything else. It's hard to succeed without a permanent band, and touring is dismal for everybody nowadays anyhow.

What sorts of things typically influence your lyrics and what’s one of the most unusual moments or situations where inspiration has stricken you?
I've always connected with that "a song comes out of the sky" thing, to where you're kinda just there and have to be ready to write or remember as it's coming. "I saw you tonite girl, I was pushin' my way through a check, your hair was alright girl, it was two-tone down to your neck" (from the song My Somebody) came from this girl that always came into the bar I work at, she had this black and white, two-tone hair dye job that I liked so I just took mental snapshots all the time. Later that week I was working again and the DJ played Morrissey's "We Hate it When Our Friends Become Successful" and I really love those chords, so the two things about this cool haired lady kinda came together and I just worked out all the lyrics and changes while cleaning dishes and tapping kegs the rest of that nite. By the time I was home the song was done, just needed to be written down on a sheet of paper so I wouldn't forget it. Those things happen all the time, I generally forget to even write them down usually. A bar is not an unusual place to write for me, I do a lot of my writing in bars, but that story is relevant to this album we're discussing. 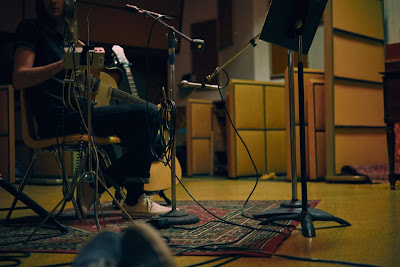 Your LP is out on Beluga Records from Stockholm Sweden and Spaghetty Town here in the U.S.  How did you hook up with those guys?
I believe I messaged Teddy from Spaghetty Town Records after my longtime friends Chris Parsekian and Dave Feldman both brought him up while I was looking to pitch the album. After Teddy was on board, he contacted Trevor from Beluga because they have worked in the past co-releasing albums. (I believe this is how it happened but not 100%)


I was reading an interview with Nick Cave once and he said that out of all the art forms, music has the power to change a person’s disposition the fastest.  Do you agree with this?  If so, are there any songs you can think of that can instantly put you in a good mood?
Well music happens the fastest out of most art forms, so I've always felt that any lengthy disposition change can end as fast as it started. I like paintings because there's more to take in and generally my mood is changed for a longer period of time. There are definitely a few songs that can straighten me out though, "I'm Your Puppet" by James and Bobby Purify, "Forever" by the Beach Boys, "I Got Your Number" by Cock Sparrer, "Jamboree" by Naughty By Nature, "54-46 Was My Number" by Toots & The Maytals, "Don't Let Me Down" by Dillard and Clark

What do you have in store of the near future?  Any new music coming down the pipe?  Any plans to tour in support of your new LP?
I have tons of songs right now that I would be ready to release at any moment, tracking for a 2nd record and wanting to get into movie scoring are high priorities for me right now. Plenty of new music will be coming, just depends on how it's released. I have a few shows in LA and SF that I will be playing by the end of this year. Would love to play a few NY shows and find a way to get to Sweden again to play live.

What are the best places for people to connect with you and buy or listen to your music?
My instagram (jordan_jonezy), Beluga and Spaghetty Town's social and websites, and the record is up on all major streaming services.

Posted by Audio Ammunition at 5:41 AM