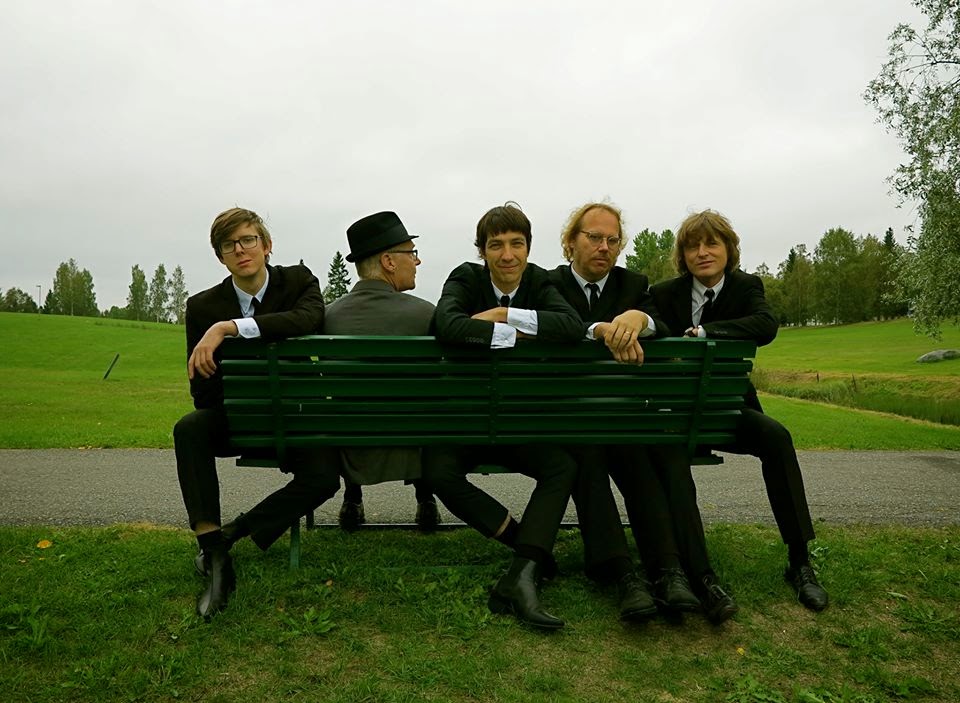 There’s a town in Sweden called Umeå that lies along the Ume River. It’s the 12th largest town in Sweden and is mostly known for medical research and technical education thanks to the University that was established there in 1965. And speaking of 1965, there’s also a wonderful band from Umeå that goes by the name The Most. Their brand of rhythm and blues music is heavily influenced by the pop music of the mid ‘60’s. Much like the musical groups that were birthed along the Mersey River some forty years prior, the Ume River has given life to this new group that similarly fuses the guitar sounds of Chuck Berry and Lubbock’s favorite son Buddy Holly along with elements of Motown soul, doo wop and blues. The time has come for a new global Mod rock resurrection and The Most are just the band to usher it in!

Where are you all from originally and how did you meet and decide to play music together?
FRANS: Two Swedes, one half-Italian and one the son of a Finnish war child. We share a common taste in music and we sometimes get along fine! 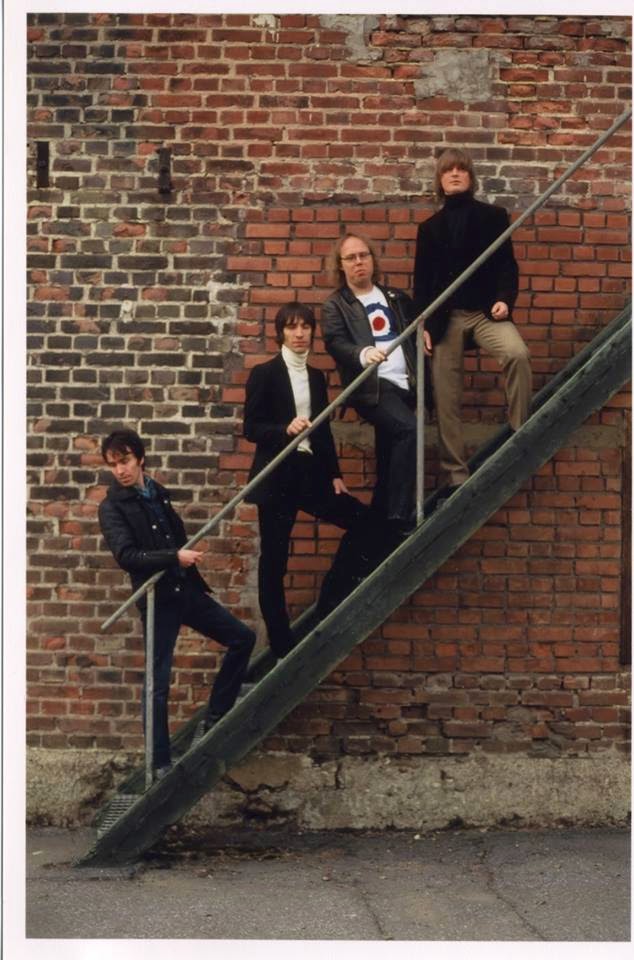 How would you describe your band’s sound to someone that’s never heard you guys before?
FRANS: People say it sounds like music from the ‘60’s.

The Most is based in the town of Umeå, Sweden. What is it like playing shows out there for a band like yours, is there a supportive scene?
FRANS: Eh, no scene whatsoever. The two Justins* are big here too. (*Bieber and Timberlake)

By playing music heavily influenced by the 1960’s, do you ever feel your songwriting is restricted in some ways? Do you ever write songs that you feel don’t fit into The Most’s “sound?”
FRANS: Not at all, there is so much music to draw inspiration from. We sound the way we do because we are the people we are. 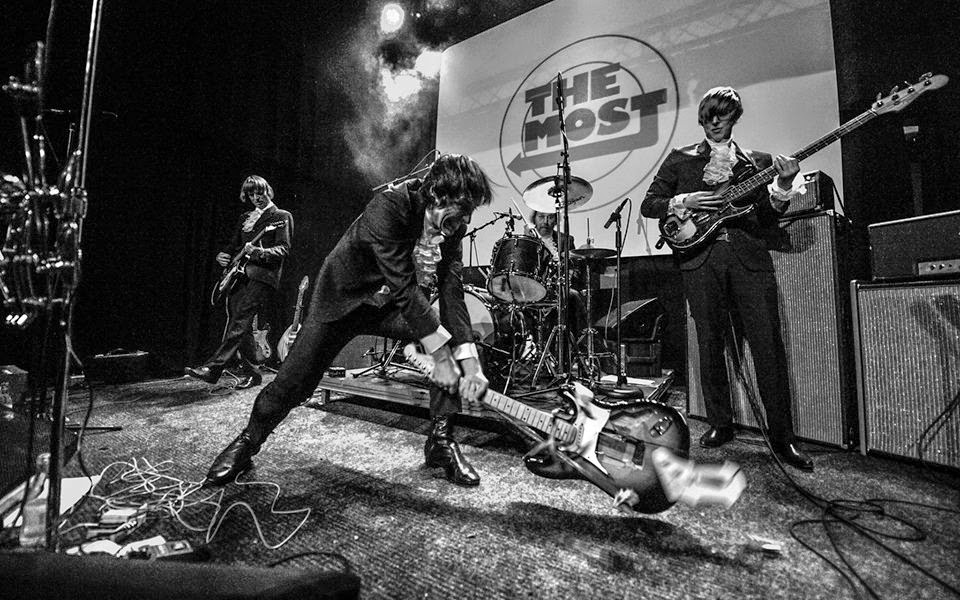 What qualities do you think rock n’ roll music from the 1960’s has that makes that era so unique and vital still almost half a century later?
FRANS: Quality! Of course there are many bands now forgotten that were pretty boring but the large number of good acts that has survived into our times had it down. Experimenting with lyrics, arrangements and sounds changed music very fast in the early ‘60’s and some very interesting things appeared. Later on people started copying each other too much, focused more on image than on the music. Later recording technique suffered as it went to ridiculous multi-tracking.

Do you think image is still important to a rock n’ roll band these days? I’ll admit that if I see a band in suits come up on stage I get a little more excited and curious than if I see four guys in t-shirts and shorts shuffle up to the stage.
FRANS: There are many aspects to artistry and to entertain is one of them. We suit up of respect to our audience basically.

You guys have made a few videos throughout the years.  You made one last year for the old Tages song “Fuzzy Patterns.” Can you tell me a bit about it, like where it was filmed and who made it?
FRANS: A real quick job. It was shot here in Umeå, up along the river. It was a very hot day and our good friend and photographer Roger Degerman filmed it. Andreas Säker, also a friend, is one of the main editors from national television and helped us out putting it together. We didn’t have any firm ideas but were inspired by old Tages footage and the scene from Zeppelin’s ‘70’s movie with Jimmy Page sitting near the pond with his Hurdy Gurdy. Ha, ha. 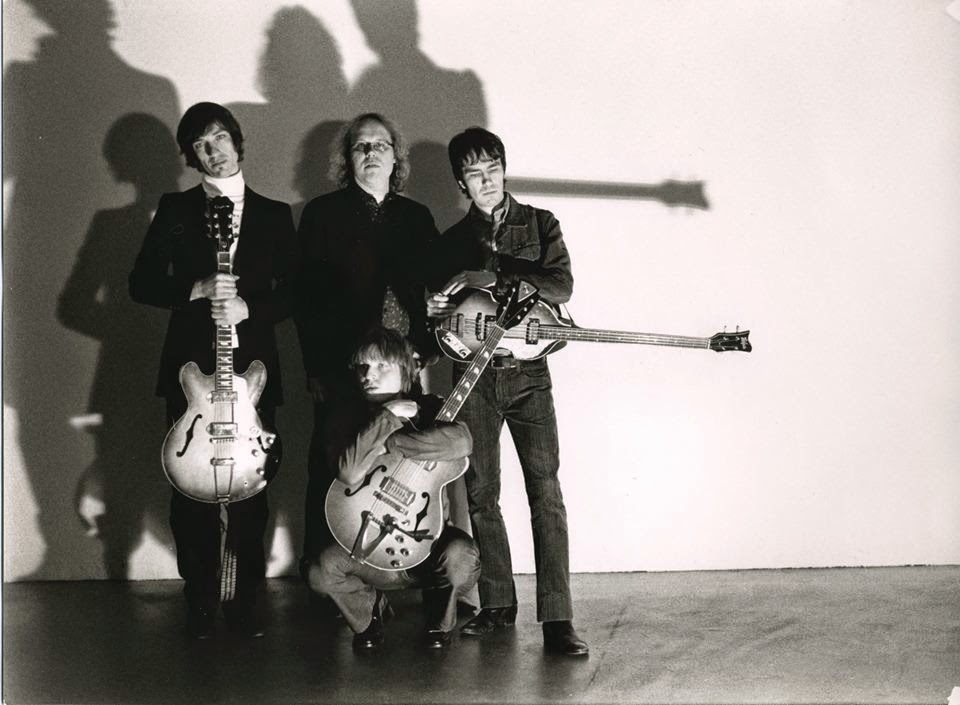 If The Most could tour with any band from any era in rock ‘n roll history, who would it be and why?
FRANS: Howlin’ Wolf!

What lies ahead for The Most in 2015?
FRANS: Try to get cool gigs, record as much music as possible and have fun!!


Posted by Audio Ammunition at 7:54 PM