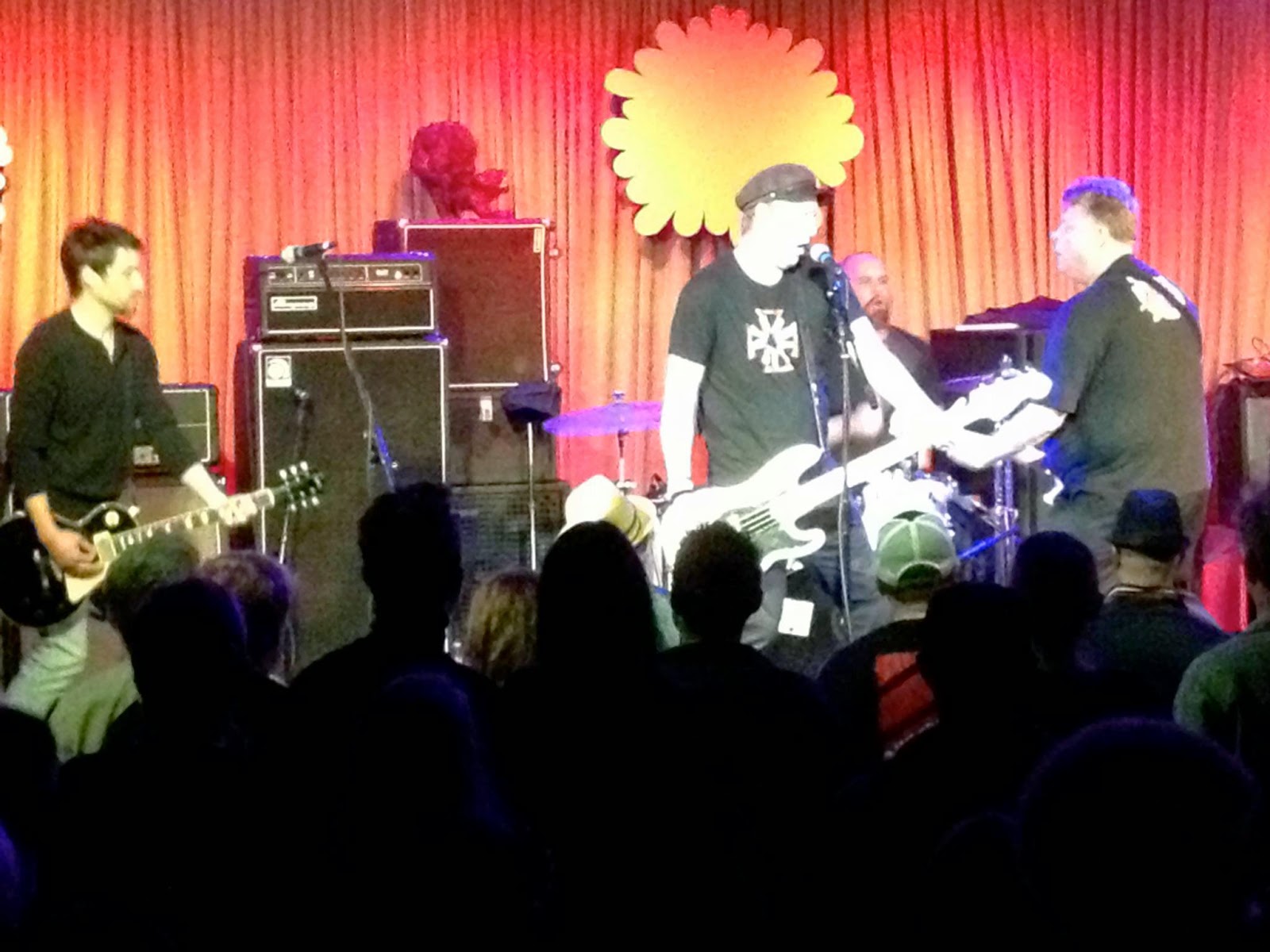 The Smoke Bombs smash and grab fistfuls of British Street Punk in one hand and early 1980’s Southern California hardcore in the other. They then take it to an old abandoned warehouse downtown where they mix it up and add some secret ingredients.  They then stuff some ping pong balls full of it and create a device that emits a dense, hard hitting brand of punk rock into the atmosphere immediately upon ignition. They hurl these handmade concoctions at unsuspecting audiences and it causes the foundation beneath the arid desert floors to quake. So remove any loose articles of clothing and strap your shoes on tight, The Smoke Bombs have arrived and the room you’re in is about to turn upside down!

Introductions!  Please tell us who you all are and what’s your function in The Smoke Bombs:
LAYTON: Lead Vocals, Rhythm Guitar

BRANDON: I’m Brandon Meunier and I play guitar in The Smoke Bombs.

What’s the conception story of The Smoke Bombs?  How did you all meet and decide to play music together?
LAYTON:  Bored with my last band Asses of Evil. I wanted to start something different.  I got Jason our drummer and Todd from AOE. Jason suggested Brandon for lead guitar. I knew him from his work as a guitar salesman, and liked him a lot. Never had heard him play but hired him over the phone because I liked him, turned out pretty well.

BRANDON: I met Jason (our drummer) through work. I told him I was looking for another band. A few weeks later he was asking if I’d like to try out with Layton and Todd.

JASON: My world changed in like a 30 day period, got fired from a band, lost my wife, son, house and my studio in one big fat Fuck You from the World. I ate as many pills as I could afford, apparently not enough? Next Day, I got a call from Layton to start something new.

TODD: Layton and I were in the Asses of Evil and then split and formed The Smoke Bombs in the wake of the Asses.

When I hear your music, I get a street punk vibe. I can hear elements of Cocksparrer, Sham 69, and Stiff Little Fingers. Were any of these bands influences to you guys growing up and do you remember who got you into punk rock in the first place?
LAYTON: I am not so much into those bands as much. Brandon really likes that kind of stuff. I like the 80’s southern California stuff, Circle Jerks, Descendents etc. I also was a huge fan of Todd’s first band Junior Achievement, as well as all the great hardcore bands in Arizona like JFA, Mighty Sphincter, Soylent Greene, Conflict etc.

BRANDON: Yes it’s a huge influence for me even still. Those are three of my favorite bands of all times. No one really got me into it. Punk itself got me into it. With the few friends I had I was able to meet people who I’d trade music back and forth with. It’s been that way since day one.

JASON: Stiff Little Fingers for me. 1st punk band I was turned on to was Junior Achievement “TJ’s band from the 80’s.” I had an older guy next door to my parent’s house that was SICK and TIRED of hearing R.E.M.’s Green while I rode my skateboard. He charged over and said “TURN THAT SHIT OFF!!!!!!” I thought he was going to kick my ass! Instead he handed me Junior Achievements 12” and a cassette he already made.
I never looked back, that was 1985.

I see you guys play out fairly regularly, how would you describe the music scene in Phoenix/Tempe?
LAYTON: Too many bands. It seems like since Nirvana broke, and Guitar Centers were put up all over the place, everyone thinks they can do a punk band. I have been doing this since 84. It used to be that when an out of town band came through either JFA or Junior Achievement, ONS, would get a gig opening for a big band. Also everyone went to one show, wherever it was Tempe/Phoenix. Now there are too many shows competing against each other on the same nights for a dwindling amount of punk rockers.

JASON: Strong, easy to bash the scene but it’s easy to bash any scene. Phoenix is full of good people and it’s not hard to find them if you look & listen.

TODD: It’s pretty good! Good local bands to play with. The Clubs/Bars are pretty accepting of loud music. It could always be better, but it could also be a lot worse. When the weather gets cooler the scene gets better! 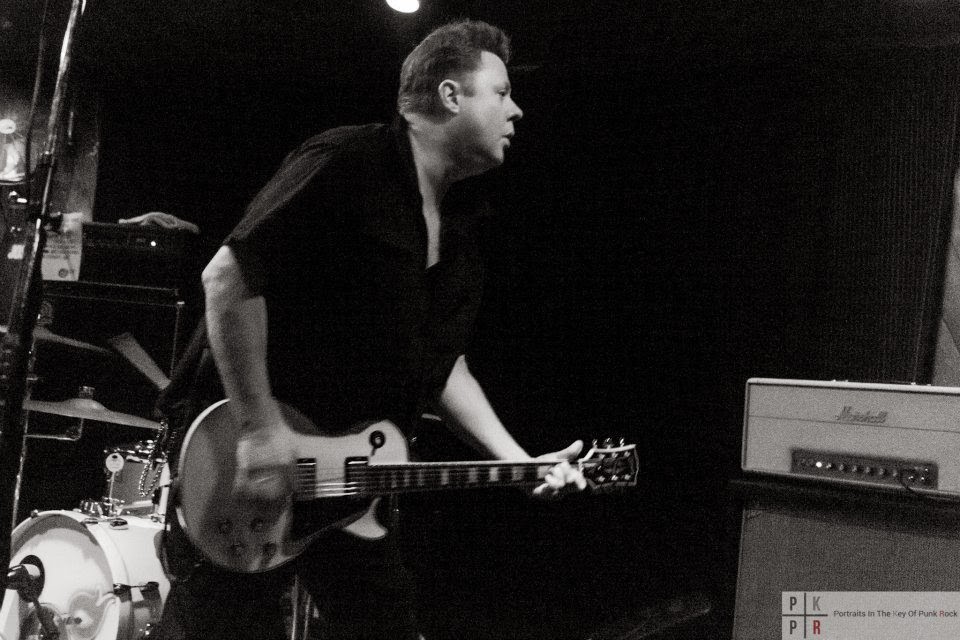 You guys are playing (and have played with) some pretty big names in punk. Some of your upcoming shows are with Rikk Agnew Band (Social Distortion, Christian Death, Adolescents, D.I.) and Eddie and The Hot Rods here in Tempe, AZ. How do you feel playing shows with such influential bands?
LAYTON: The best chance of getting a good draw is having a good headliner. These guys are just like us, but came together in the right time and place to get big. I don’t mean to say our music is as good as this classic stuff, but Todd and I talk and feel like if we were together in ‘84 playing Mad Gardens we would have gotten some notoriety, more than we get now.

JASON: Honestly, it’s just another show. The thrill is standing in the crowd watching the “influential” band. The bummer is after it’s over I have a car load of gear to take home. I like meeting the heroes / legends, I don’t take much seriously anymore so if the hero is an asshole, whatever.

TODD: I love it, that’s what I’ve always wanted to do. I’ve been able to play with The Bad Brains, Black Flag, Circle Jerks, T.S.O.L., Shattered Faith, Crucifix, Youth Brigade, on and on it’s always a blast!

Speaking of playing live, do you guys remember the worst show The Smoke Bombs ever played and tell me about what made it such a disaster?
LAYTON: Not really, all in all we have had some good shows. Weeknight shows are pretty pathetic. We have had some low turn out shows with Dime Runner, and Black Irish Texas which were weekday shows.

JASON: I played one high on cocaine, that didn't go so well, won’t do that again.
I like them all; we haven’t really had a disaster show. It would have to be pretty bad for me to call it a disaster. I like playing drums as long as nobody dies, it’s good.

TODD: Maybe the time we played with Scorpion vs. Tarantula up in Cottonwood. We played OK, but the crowd was weak. We had fun anyway, we always do. 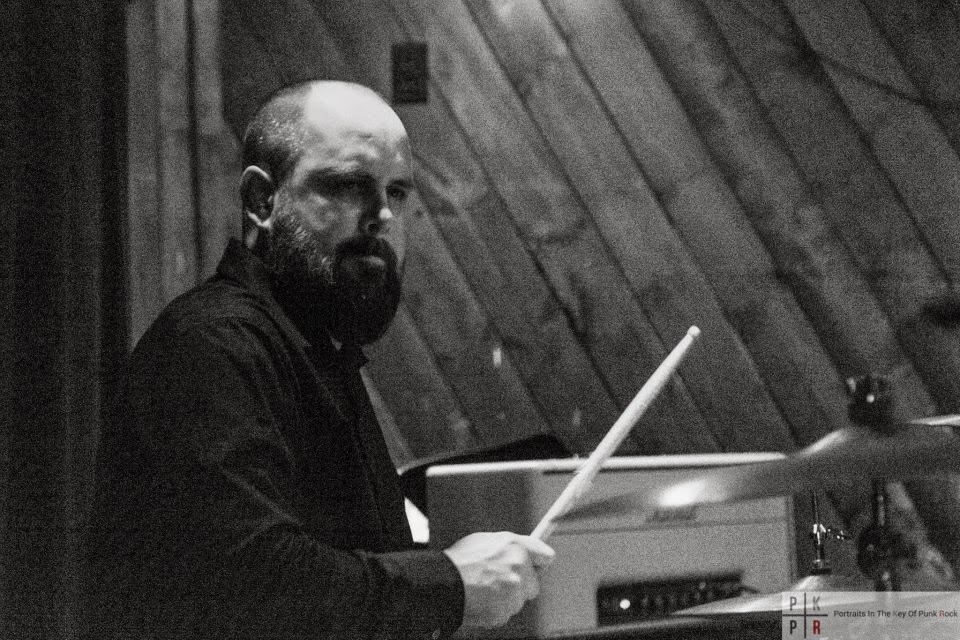 What sorts of things typically influence your music?  And can you remember the most unusual thing that inspired a song?
BRANDON: Lyrically: life, the day to day. Nothing is that unusual anymore really. Musically, it’s when I get around my gear I just want to hear it. I’ll start riffing around and that’s that.

JASON: A hot October Night. Hey, I’m just the drummer I follow along to what the boys write.

TODD: Most songs are spontaneous; they just come out with all of us adding our input.

I was watching an interview with Fat Mike and he was saying he regrets writing some of the early NOFX songs, he went on say that change of mind is a sign of intelligence. What do you think about that quote and have you ever written any songs you regretted later?
LAYTON: Not a NOFX fan. I know they come from the old school, but just never got into that kind of music. I can’t remember regretting anything I have written.

BRANDON: I think everyone regrets early material at some point. It doesn’t bother me really. I’ll reflect back on it and pull ideas out. It is what it is and it always makes you a better writer.

JASON: Not in this band….

TODD: Sure, but I don’t dwell on that.  The more you write the more you improve.  I don’t really regret anything; it’s all in good fun.

What sorts of things do you enjoy doing other than playing music, any hobbies or anything like that?
LAYTON: Hanging out by my pool drinking beer and listening to ‘80’s hard core.

BRANDON: Honestly this is all I do. I collect musical gear and listen to and write music.
Those are my main hobbies. 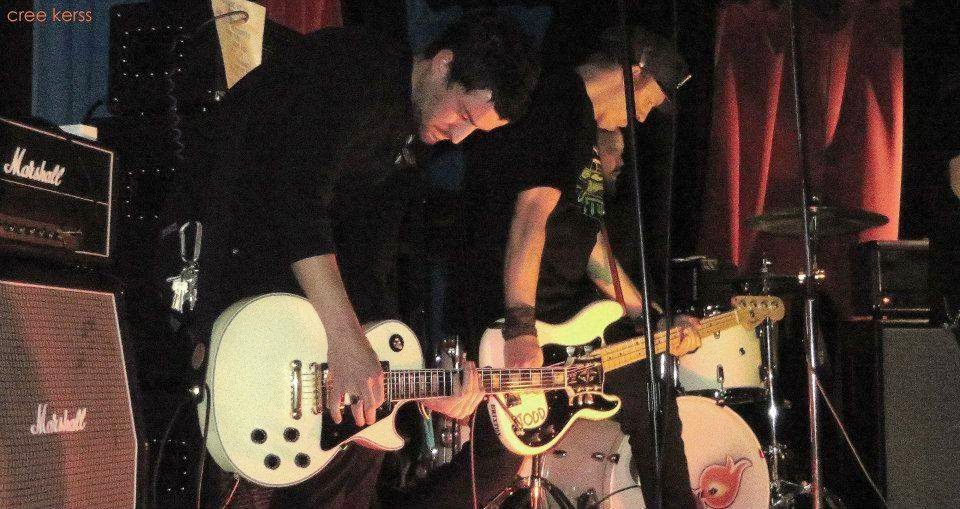 What are some records you like putting on that can guarantee to lift you up when life’s kicked you down?
LAYTON: I don’t know that music does that for me. I just listen to it when I fell like it.  Toxic Reasons Kill by Remote Control comes to mind.

BRANDON: The Crack – In Search Of…

What do the Smoke Bombs have in store for the remainder of 2014?
LAYTON: We just finished recording our first full length album.  We’re getting the artwork together to have it pressed, should hit store shelves by fall.

TODD: Finish our record, do a video for one of the songs, write new songs, play a few gigs, party!

Sell your beats online at ReverbNation.com


Posted by Audio Ammunition at 8:53 PM