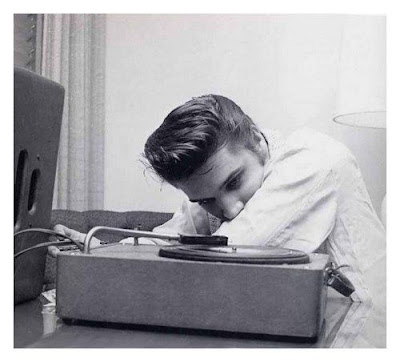 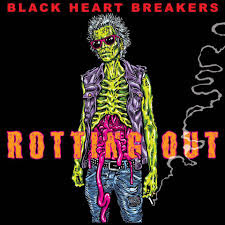 Black Heart Breakers – Rotting Out EP (Self Released)
Almost squeezing out an LP, this record contains 6 songs from this band of young Australian upstarts. I don’t know if it’s just because I know they’re from Australia, but I can’t shake the Radio Birdman comparisons. The second song of this record is total Ramones greatness though. Black Heart Breakers don’t solely warship rock gods form yesteryear however. While taking nods from the past, the songs all have a contemporary feel to them. In particular the tunes “Angles Take Me Away” and “Save Me” have a strong mid 1990’s Green Day/Rancid allure.  – JC 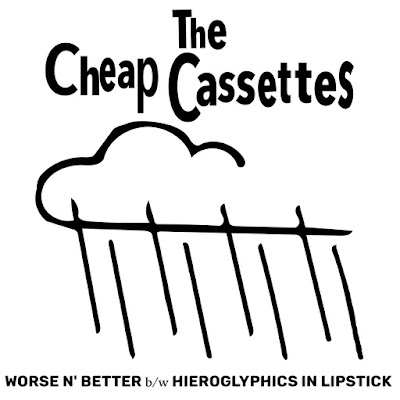 Cheap Cassettes – Worse N’ Better b/w Hieroglyphics in Lipstick EP (Cassettes on Record)
I’ve been a fan of this band since their 2017 debut LP All Anxious All The Time came out. I’m hesitant to call Cheap Cassettes “power pop” but if you hear that anywhere else, remember the emphasis is on the power. This Seattle band plays exquisite guitar driven, melodic rock n roll with a punk punch. The A-Side and title track of this record is my favorite Cheap Cassettes song so far and it was recorded and mixed by Kurt Blotch! A match made in rock n roll heaven! If you’re into late 70’s punk bands like Teenage Head, The Boys, Real Kids, Generation X, bands that had equal parts heart and fire, then you’ll dig these guys a lot.  – JC 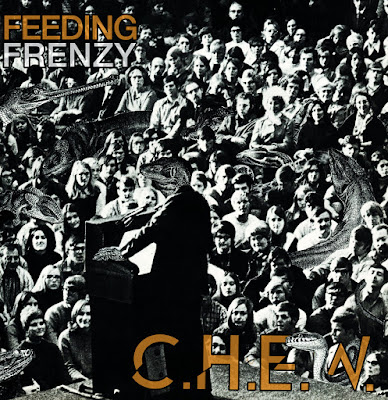 C.H.E.W. – Feeding Frenzy LP (Drunken Sailor/Iron Lung)
Chicago’s C.H.E.W. play blazing fast, rapid punch to the face hardcore that gives you the dizzying feeling of someone swinging you around the room by the ankles. First thing that stood out to me was the production of this record. It’s slightly under produced, giving the music an edge. To be honest though, anyone that reads this blog on a regular basis knows this kind of music is not my cuppa. Not that I dislike it or anything, I just rarely get in the mood for it. When I do I’ll usually put on G.L.O.S.S. or Ceremony’s first record. But C.H.E.W. will certainly be added to that short list of “go to” records of this sort as of today.  – JC 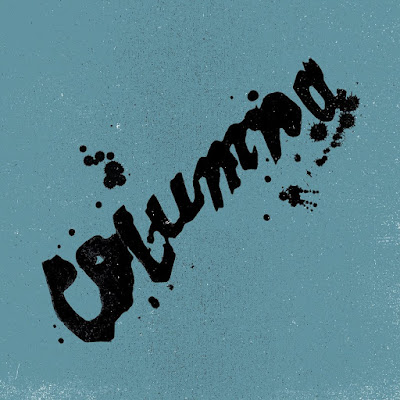 Columna – Las Cosas Que Perdemos LP (Dirt Cult/Last Hour/Sabotage)
Columna are a female fronted band from Spain and this here is their debut LP. The lyrics are sung in Spanish as you’re hopefully not surprised or deterred by this. The band plays sharp, shadowy yet melodic punky, indie rock/post punk not unlike Sleater Kinney, Pretty Girls Make Graves or Savages. The songs are right up there in quality with all of those afore mentioned groups too. The tunes are tight and the production compliments the style of music Columna play. The guitars and bass lines burn bright, keeping everything moving at a good pace and not allowing the music to totally sink into murky darkness. Good stuff! – JC 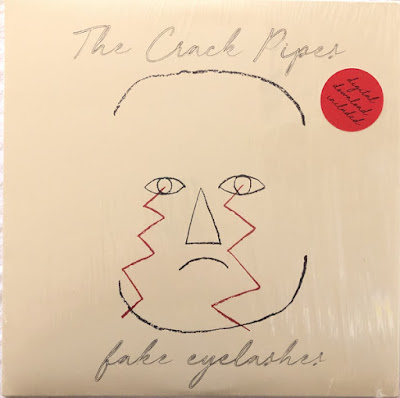 Crack Pipes – Fake Eyelashes LP (Super Secret)
This band has been playing around Austin TX since the late 1990’s. If this album is any indication, these guys play a really eclectic style of rock. At times they sound like they could have been from Athens, GA in the mid 80’s, other times they can be found worshiping at the Flamin Groovies alter. They also have a heavy Chicago Blues and Motown feel to their songs. Sometimes they even come off as a supped up Doors. Now try to imagine all of the above with a singer that sounds like David Johansen mixed with Iggy Pop.  Yes, this band has all that and yes it’s a lot of fun to listen to. You never know what you’ll get next!  – JC 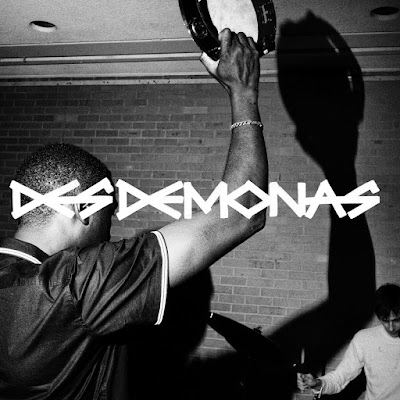 Des Demonas – Bay of Pigs EP (Slovenly/Black Gladiator)
This band if from Washington DC and play Beatle boot heel stomping, organ pounding garage rock n roll whose songs stick and move with fury and style effortlessly like a heavyweight prizefighter. The A-Side and title track is a swirling fever dream of sound that’ll enter your brain and commandeer your senses. The B-Side is more of a head on organ/guitar tandem assault on your skull.  This 7” is an extension of their impressive 2017 self-titled debut LP. Both songs are exclusive to this record though.  So if you dug their full length, this is essential. If you’ve never heard this band, this is a good place to start.  – JC 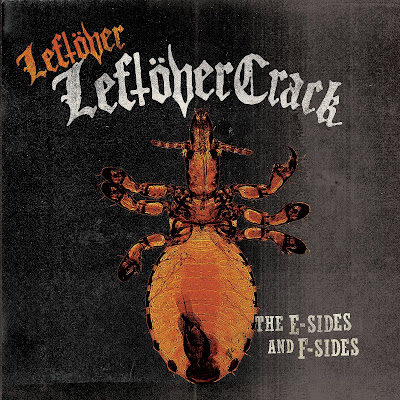 Leftover Crack – Leftover Leftover Crack: The E-Sides and F-Sides LP (Fat Wreck Chords)
I’m not sure if I’m the one best suited to review this record since I can barely choke down this band in small doses as it is much less 30 glorious songs of “outtakes” gold. Because everyone knows bands save their best songs for comp records like this. This here record contains more throaty pissed off vocals over “Fat Wreck Chords” type metal guitar punk. If you are new to this band, their ska stuff may come as a stunner, they switch to upstroke gear faster than a Le Mans Ferrari. As most of their label mates, these guys hate religion, Nazis, and probably Republicans and all that punk cliché crap. I can’t really listen intently enough to music like this to really care what I’m supposed to hate this month anymore. – JC 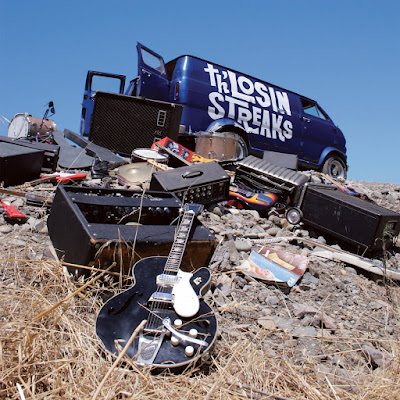 Th’ Losin’ Streaks – This Band Will Self-Destruct in T-Minus LP (Slovenly/Black Gladiator)
This band has been around since the early 2000’s and this is barley their second album, the first being 2004’s underrated garage stunner The Sounds of Violence. But why rush creativity right? I always thought how difficult it would be being a musician under contract forced to pump out records every couple of years. But Sacramento’s Losin’ Streaks took their time and did it right. These guys play loud, rowdy, energetic rock n roll with 60’s fringe dangling all around. After putting on this record, if it’s not the band that “Self-Destructs,” something in the room will.  Standout track for me is “Room and Board” – it’s got  in your face guitar hooks for days!   – JC 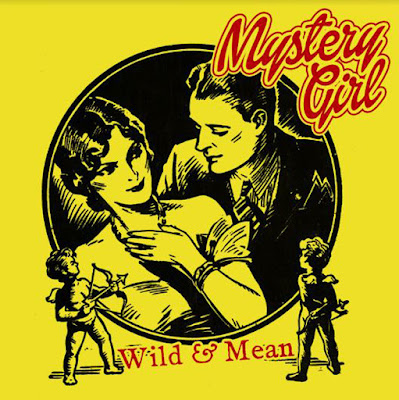 Mystery Girl – Wild and Mean EP (Feral Kid)
YES! This band had me at very beginning with the guttural guitar sound of the title track! This band are currently from Albany NY but sound like they could have been from NYC in the mid 1970’s. They ooze New York Dolls sleaze, Dead Boys fury and Real Kids charisma but have the gall to give you a middle finger and call it their own. The only bad part about this 4 song EP is that it’s only 4 songs! I need me a Mystery Girl LP now damn you!  This is my first time hearing this band but I’ve already listened to this record about 25 times. Easily one of the best bands around still carrying the torch for this type of music and they’re on an uphill battle with high winds.  – JC 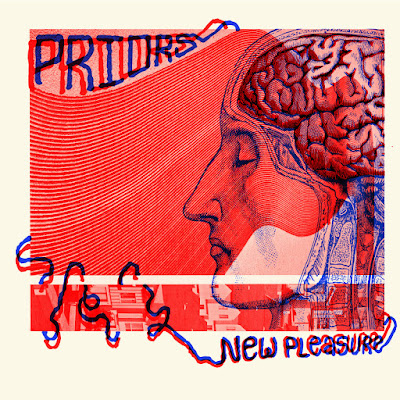 Priors – New Pleasure LP (Slovenly)
Listening to this record for the first time feels similar to what I imagine it would be like to drive thought that Willy Wonka tunnel of psychedelic horror at 150 mph in an F1 racing boat. This album drips equal parts desperation and chutzpah wrapped in boss garage punk guitar riffs.  It’s really strange to me how Priors music is so minimalistic yet they make it sound so big at the same time.  New Pleasures is an appropriate title for this record indeed. The music is macabre/post-apocalyptic garage punk with keyboard noodling swirling about. Kind of like Lost Sounds or Spits doused with gasoline. Get the oven mitts out kids, this one’s a bonafide cooker!   – JC 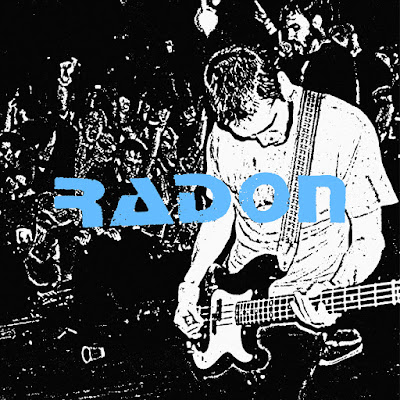 Radon – More of Their Lies LP (Tiger Force Ultra/Rubber Factory/Dirt Cult)
Gainesville Florida’s longtime resident punks Radon play a style of punk rock that falls somewhere between 7 Seconds and Face to Face. The guitars are loud and melodic and the socially conscious lyrics are riddled with humor and irony but delivered earnestly none the less, I can’t speak for any other of Radon’s records, since this is my first time hearing them but this record has a sense of scrappy charisma to it. Every time I listen to it I like it more and more. The production compliments the music well. It reminds me of pop punk in the early 1990’s, before big time produces, studios and labels got involved.  For more from Radon go to Facebook.com/radonradon and Instagram: @Radon_Gaineville  – JC 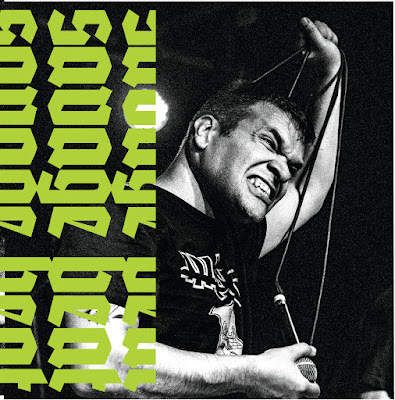 Savage Beat – Wired LP (Rebellion/LSM)
Rocketing out of the Netherlands comes this quintet of, well I think the name of the band pretty much says it all. Amsterdam’s Savage Beat play fast driven, hard drinking, two fists in the air ready to brawl rock n’ roll. The songs on this record hit with power and ferocity. The singer sounds like he gargles glass shards every morning and breathes fire on command. These guys remind me of bands like Candy Snatchers or a more stripped down Glucifer. With songs like “So Much Hate”, “Man’s Thunder”, and “Leather On Leather”, it’s best if you don’t understand to just stay out of the way.
– JC 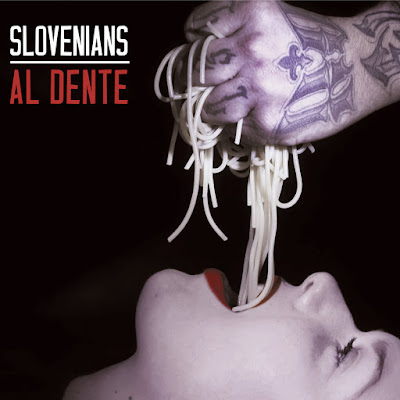 Slovenians – Al Dente LP (Pogo)
Pretty cool debut LP from these Belgians who play quick, hard pounding punk similar to Suffer era Bad Religion or other Epitaph bands from the mid 1990’s like Offspring or Pennywise. The singer has a voice that’s kind of on the deeper side, sometimes sounding like Glen Danzig or Interpol’s Paul Banks.  The drums on this record can seriously turn boulders into powder. The bass and guitars sear the air around them doing a good job of staying out of the way, yet causing a substantial amount of damage on their own.  Standout track: a tune titled “I’m Not Batman”. And no, I don’t like it just because it mentions Batman, it is a pretty cool tune none the less.  – JC 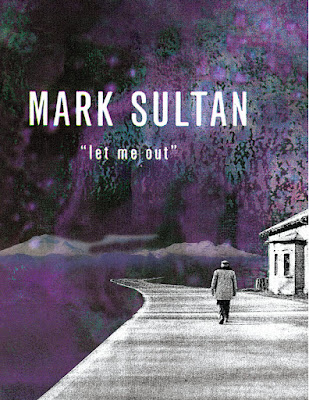 Mark Sultan – Let Me Out LP (Modern Sky/Dirty Water/Burger)
Mark Sultan (AKA BBQ) from the famed King Khan & BBQ Show once again displays his song writing talents on this, his 6th LP. The songs on this record are pretty cool, straight forward organ driven, tambourine on the hip sassy smacking 1960’s rock. It reminds me of bands like The Seeds or Question Mark and the Mysterians, more the latter than the former. This collection of tunes collected here are a lot more polished up than the rawer, gritty garage stuff from his stellar debut The Sultanic Verses (2007) which was mastered by Jay Reatard.  Still a good record though, don’t get me wrong. – JC 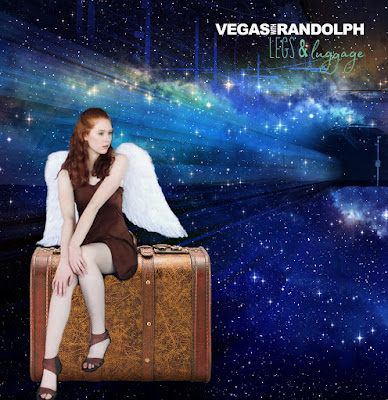 Vegas with Randolph – Legs and Luggage LP (Caged Giant)
I remember reviewing a VWR’s 2013 LP Rings Around The Sun years ago and being really surprised that a band this good could exist without more people knowing about them! This Washington D.C. band plays contemporary lovelorn power pop with a punk-y twist that reminds me of groups like The Parasites mixed with Dramarama. This is the bands fourth LP and they just seem to get better with age. Stand out track for me is the 4th song in titled “You Could Say Yes.” Just the title alone pretty much embodies what Vegas with Randolph is all about.  The next song called “Three Red Hooks” is really cool too, this one radiating a Mathew Sweet vibe.  – JC

Posted by Audio Ammunition at 5:50 AM