The Anxieties - Mining Punks Past To Fortify It's Future 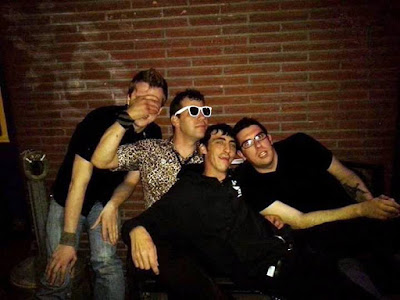 Portland's long running punk outfit The Anxieties are at it again.  And if you're asking yourself: well what exactly that J?  Okay, I will try to put to words what I hear and feel when I put on their records. Well.... um..... it's punk!  What a lazy writer I am huh?  But there it is, plain and simple, love it or hate it, that's what it is.  Their music is fabulously stripped of all dead weight so it moves fast, the attitude and delivery is snotty and the riffs are catchy as a hangnail on a mohair sweater.  Their influences are all over the place from early 80's SoCal Skate Punk to the searing 77 Euro and Aussie stuff.  If you dig bands like The Stitches, The Gaggers, and The Briefs - you're gonna get all hot in the noggin (and maybe a few other places, who knows!) when you hear these guys.  Top notch punk from people who not only know the history of their craft well, but really seem to "get it".  I think that's the key ingredients here. Yeah there's a million punk bands out there, it's not hard to play but most of them don't seem to grasp what it's really all about.  At least not in the same sense I interpret it. So when I come across a group out that seems to have what I'm looking for, I grab hold and hang on tight and if you're into any of the music I mentioned above; you should too because the great ones are hard to come by now days and I count The Anxieties as one of 'em.

Who is currently in the band and what does everyone do in it?
Scott Von Rocket – spazzy rhythm guitar and surf riffs, rants & raves (as you'll likely see by my answers to these questions...)
Tommy Tension – hitting things with unbridled enthusiasm
Travis “Sweet Trav” Thoughtcrime – jagged 4-string rumbling
Erik Electron – precision 6-string surgery

How did you all meet and decide to play music together?
SCOTT: I formed the band in 2003 with original drummer Dylan Auf Kilter out of the ashes of our previous band, The Wristrockets and recruited our friends Tristan Tower and Matt Adore to join us on lead guitar and bass. Since then all useable parts of members who've left (3 drummers, 3 lead guitarists, and 1 bassist) have been continuously cannibalized and reassembled in the lab until we ended up at the line-up you see before you today.

What band or musician first inspired you to want to pick up an instrument and learn to play and/or write music?
SCOTT: I don't think it really shows up as influence in the songwriting, but definitely the album “Wrong” by Nomeansno. When I heard that sick, overdriven tone on those thumping bass notes on the opening track, I just thought “Oh man, I want to know how to make a sound like that!” I generally play guitar rather than bass now, but that was definitely what set the ball rolling... 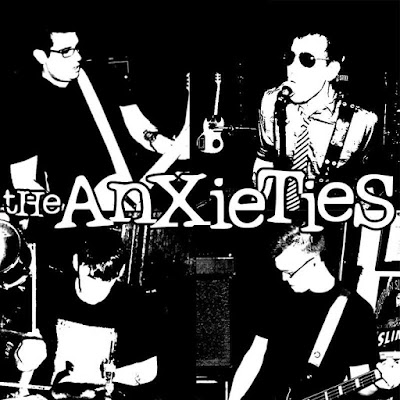 How would you describe your band to your grandparents?
SCOTT: I would probably tell my grandfather “You know all the things you liked to give me a hard time about when I was in high school, like wearing eyeliner, and having funny hair and my ears pierced? Just imagine that as a sound.” He was fantastic, but a very old-school American man. He was always kind to me and the teasing was always good-natured, but he definitely didn't get why I felt the need to be punk. I doubt he would have ever wanted to actually hear the band, but he would have been proud of me for doing what I believed in, and especially for doing it on my terms.

I’ve heard people say that playing and writing music is therapeutic to them.  Have you ever found this to be true?
SCOTT: I have an extremely bipolar relationship with music. Most of the time it's therapeutic and cathartic and if I don't get to do it for a couple of months at a time I start to go crazy, but sometimes the stress and tedium of trying to arrange shows and practice, as well as the financial strain of trying to get music released makes me want to burn the planet to the ground.

Does it annoy you or distract you at all to see some of your audience members fondling their phones while you’re up on stage performing?
SCOTT: Not really. I mean, if somebody was just staring right at their screen the whole time that would be a bit of a bummer, but I know as an audience member as well, a lot of the time if I have my phone out I'm texting people or making social media posts actually trying to get more people out to the show. 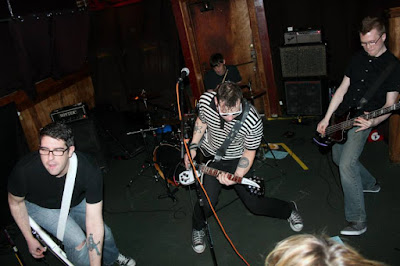 After one of your shows, what sort of feeling or sentiment do you hope your audience walks away with?
SCOTT: I hope more than anything that they got a charge from the kind of energy that we're putting out. I focus a lot more on what I'd call “playing like you mean it” than being note-perfect and not making any mistakes, and that's something I like to get when I see a band as well.

What is your favorite album to listen to from start to finish?
SCOTT: I really do listen to lot more of my music collection from my mp3 player set to shuffle, primarily because I have so much now that if I don't do that there's stuff that I'll never remember to listen to. But when I do pick an album to play start to finish, D.I. - What Good Is Grief To A God?, Agent Orange - Living In Darkness, or the Sharp Objects full length are always my first choices.

What’s the best advice anyone has ever given you that you still follow to this day?
SCOTT: Rather than one specific piece of advice, I would say that the experience of going on tour as a roadie for D.O.A. in 1994 taught me everything that I know about being in a band that I do still follow today. It's kind of come full circle as well, as part of my lateness in turning these answers in to you is due to the fact I just got to go out with them again on another tour at the end of May.

What is the best way people can hear and get a hold of your music?
Http://www.theanxieties.com or http://theanxieties.bandcamp.com


SCOTT: Hoping to get our new full-length album Mission Failure out as our first 12-inch vinyl release. We've had a few 7-inches on vinyl, but never a full album. We also have a new EP called Buried Alive in the works. We're almost done mixing that, so it's mainly a matter of deciding if that one's going to be digital only or have physical product as well. If we decide that vinyl's not an option for that, it could actually be out before Mission Failure.

Posted by Audio Ammunition at 9:13 AM