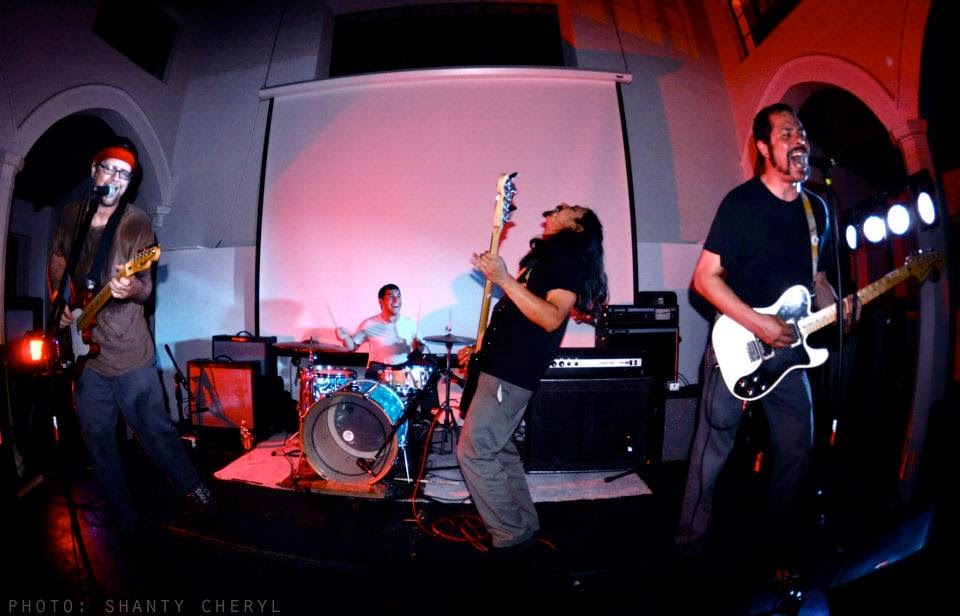 Toys That Kill is a San Pedro institution in much the same way the Minutemen were. A local band that has reach far beyond its city boundaries but is more than happy to stay and claim their home ground as gold. Born from the remains of F.Y.P., Toys that Kill is a mix of Descendents meets Dillinger Four energy meets indie hooks wrapped in a lo-fi, garage, pop-punk package. Toys That Kill’s, Fambly 42 their fourth album, was released after a six year hiatus into the band’s fifteen year existence. Their most recent is a split 7-inch with Joyce Manor. While most bands would have broken up and each member starting their own solo careers, Toys That Kill keeps rolling along as a modern day example of a working band doing it on their own terms.

Where is the band from?
San Pedro, CA

Can you give us a brief history of Toys That Kill?
We’re a band that started in 2000.

What bands did you have in mind when starting this band?
None really. We were already doing it with FYP but changed the sound a bit.

I have read a story where FYP played their final show and Toys That Kill played their debut show the next night. I know it’s been roughly twelve to fifteen years ago since Toys That Kill did that. That is pretty gutsy; do you remember the reasoning behind doing this?
We thought it would be funny. Things kinda lined up that way too. Berzerk from Portland and Civic Minded 5 from Vegas were all coming down and we thought we’d make a weekend out of it. It wasn’t gutsy at all, but it might’ve been tough to do considering we had to practice for a last show and a first show. Nowadays, certain fests will ask all 3 bands to play (Toys That Kill, FYP, and Underground Railroad to Candyland) and since we’re pretty much the same members at the core we gotta practice for all of ‘em. So I think it sorta prepared us. I don’t think we ever did good on school tests but with music we know how to cram. Keep in mind, we are no Black Flag when it comes to practicing! We probably practice less, with all our bands, then one band normally does.

In comparison to FYP, which had revolving members, Toys That Kill has had a pretty steady line-up. I have played in bands over the last decade and I know how frustrating always having to make progress, a members leaves, wait until new member(s) learn the songs and start again. Since Toys That Kill has been more of a collective unit, how do you feel this has helped with songwriting?
Well I’ve never felt this kind of comfort as far as chemistry goes. To a point where we could not play shows or practice for 5 months and go to a show and know exactly where each other are going with their instruments. If I stop and think about it I get very emotional. People can say whatever they want about us but they really can’t deny our chemistry. That’s why I won’t play solo. I have friends who can’t keep members in bands and just have a revolving cast. I used to do that with FYP. Actually i made a motto: “You can suck but you hafta be able to tour”. But then we’d go out on tour and it was a mess. It’s hard to have fun when you know the song was played way better before. I see friends do the same thing and I pity them cos it’s never as good as it was when they had a solid crew for awhile. I wanna shake them and say “SLOW THE FUCK DOWN” but i’d be a hypocrite cos I used to do that.

Do you think music can still be a vital force in such a disposable age?
I can’t speak for anyone but me, but yes, of course! I think more than ever. It’s a quality not quantity thing though. There are people out there who have changed drastically, for the better, due to listening to some dumb song. Unfortunately, people who love twerking outnumber them.

I know Todd owns and runs Recess Records. 50 years ago people used to buy music and get their water for free, now people pay for water and get their music for free. How do you think this affects music and running a record label in any way? How have you seen the record “business” change from a smaller label’s perspective? Has how Recess changed on a day-to-day basis?
I still put my head under my faucet and buy LPs. Tons of others buy LPs now too. Recess is doing better nowadays than it was on the eve of downloading. I know tons of labels that went out of business. 95% of them died cos they didn’t give a shit in the first place. They just wanted to throw some shitty ska-punk or cheesy garage band up against the wall, in hopes it would stick and they would be man-of-the-year for discovering this new talent. Didn’t happen within 8 months and they got bummed, complained that music owed them something, and bailed. Don’t let the door hit you in the derriere, mon frere! 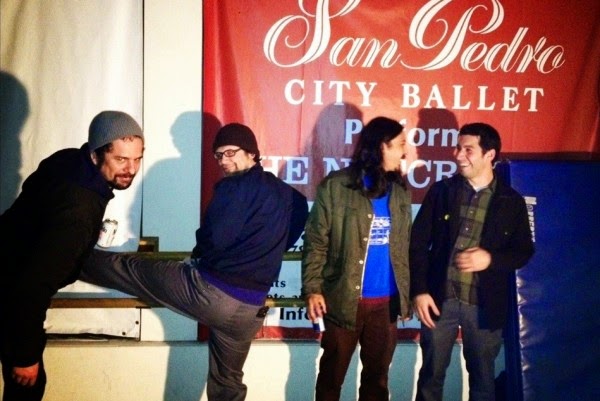 Toys That Kill has had records released not only on Recess, but also on several other labels (Razorcake, Dirtnap, Asian Man). What would be some of the differences between having a Toys That Kill LP on Recess as opposed to another label?
That’s not in the cards for us. It’s fun to do 7”s on friends labels but the reason I started Recess is to house my bands. So it would kinda defeat the purpose if the albums were on other labels. The big difference and advantage, beyond complete control, is the pressure. There is none unless it’s self-inflicted. But that would be more like a personal goal. We have a personal goal right now to record a new TTK album and a new URTC album at the same time. Sounds lofty and overly ambitious, but deep in my mind I laugh about it and think, “We’re not doing that shit. C’mon!” but the studio is in my garage and we got the songs. So it’s kinda like a “what if?” There won’t be any sorta deadline. It’ll be one or two songs at a time over the summer, three or four if we’re hot, and if it’s not coming out right then no big deal. No pressure to follow through, but the door is open to try. No label in their right mind would ever deal with a wishy-washy situation like this! Recess is forced to though.

Toys That Kill is inescapably, albeit locally, linked with San Pedro. San Pedro, much like Long Beach, has had a strong music scene that is, arguably, often overshadowed by Los Angeles and Orange County. How would you describe San Pedro to someone who has never been to the city before?
Every time someone asks the very first thing that naturally comes outta my mouth is “it’s LA county but it’s in no way LA!” The second thing I say is “it’s right next to Long Beach.”  Like Pedro, Long Beach has a close knit community. One that, even if you’re just kidding yourself, makes you feels like you belong to something special.
Sure, LA has a more populated music scene, but, to me, it’s so homogenized it’s hard for me to take it seriously, ever. It’s always been that way, even if nowadays it appears that underground music is popular there. It doesn’t matter to them. They just wanna be there cos it’s a social thing first and fore most, and second most they wanna have pictures of them there to post on their social network showing that they were at some cool place, watching some cool band. Usually to only spite someone, showing that they are having more fun than them. Then they buy a shirt.
It doesn’t bother me cos that’s the way it’s always been. This year’s garage band at The Echo was last years glam-metal band doing the bullshit pay-to-play at the Whiskey. Sure, there are sincere music fans that I respect out there but even they don’t go to shows. They’ll write blood, sweat and tears about your band but then you set up a show out there and they’re missing and you hafta hang out with the biggest douchebags in the world. There’s certain places that are a total exception and just blow my mind that people that live in that dumb ass city are able to pull off.

For people that have somehow missed Toys That Kill which release do you think would be a good starting point?
Of course I’m gonna say out latest release, Fambly 42. What band ever says not that?

What’s next for Toys That Kill?
We started doing demos for a new album and everything is sounding very exciting.

Posted by Audio Ammunition at 11:12 PM