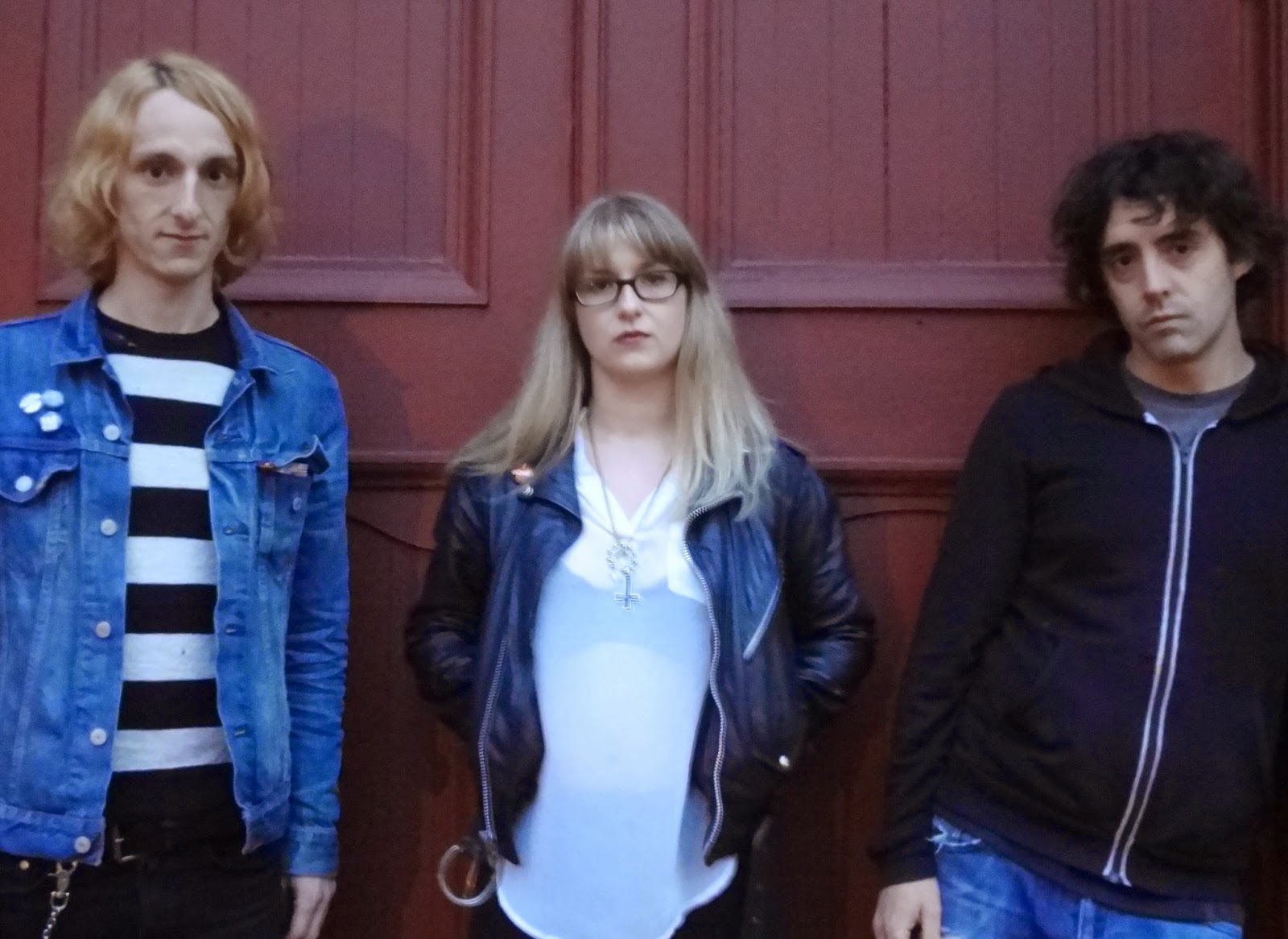 As if you didn’t know before, it’s official that Canada has invaded our musical border and we are the better for it. If your ear has been to the ground for the last few years, this comes as no surprise to you. Feral Trash, unlike their more power-pop inclined Canadian brothers, have gone straight for the mighty Southern California heart of punk and fed it back to us. Trashfiction is so chock full of early ‘80’s classic So Cal influences (think Adolescents, Simpletones, Posh Boy), that it would be right at home on the Frontier label.

Who is in the band and what instrument do they play?
Jesse plays bass, Ilisha plays drums, I play guitar, we all sing.

Give us a brief history of Feral Trash’s background, some other bands you have played in and currently do play in?
Well we are all from Moncton, NB, Canaduh. Ilisha and Jesse had been playing in bands together for a few years (The Kamalas, Thalidomy Kids), and I was always a huge fan, so when I started writing songs for a new darker band, I asked them if they wanted to play. I played in quite a few previous bands, we all did, but Fear of Lipstick was the longest running thing. We all are currently working on new projects.

I had read the band was originally was from New Brunswick, but some of the band now lives in Ottawa.  Is this true?
Me and Ilisha did move to Ottawa.

What are some of the differences between Ottawa and New Brunswick?
As for differences, they're just typical "moved to a bigger city" differences. More shows, more bands, more to do. Ottawa Explosion people do shows year round here it seems, not just the summer festival and they're all awesome. Crazy expensive to live compared to out east though, so in the end, you don't really get out that much more due to funds being tighter. I'd also like to mention a lot of the pizza joints here suck and the east coast favorite dish "garlic fingers with donair sauce" is non-existent here.

What were some of the bands that inspired Feral Trash early on?
Too many to name I'd say, but when the three of us got fucked up together (usually with Jesse's wife, Michelle), Red Dons Fake Meets Failure always found its way to the turntable and a frenzy usually ensued. White Lung and the Wipers yielded very similar results.

Eric and Ilisha are married; do you think it’s easier being a married couple in a band as opposed to bands you have played in separately? I would think one advantage is that you can write songs together at home.
It's as awesome as it sounds.

What are some things you like about all the digital avenues presented to musicians nowadays (Bandcamp, blogs, blog writers, Facebook, smaller record labels, internet magazines, etc.) to help bands today?  And some things you don’t like?
Facebook rules for booking shows/touring, sucks for everything else. Bandcamp helps people check out bands faster than anything else. The internet is awesome and awful at the same time. It's a total necessity these days though, if you wanna run a band/label. I remember being younger and doing mail orders pre-internet and waiting weeks for packages just to get a letter in the mail saying "Out of stock, would you like anything else?"

Has any movie production company asked to use the song “Beth” in any movies yet? The piano intro melody sounds reminiscently like the theme from Halloween. I would have thought a horror movie would have picked it up.
Nope, but if they want it, they can have it.

Where can people hear Feral Trash and what’s next for the band?
We plan on playing some gigs in the upcoming year and record a new 7".

Posted by Audio Ammunition at 11:30 PM