The Twin Cities seems to be carving out a sound all their own. Minneapolis scene musicians decided to form back in 2014 and create The Favorite Things. Coming Clean, the band’s debut, is full of later Replacements meets later Husker Du with a heaping of alt-country, Americana and bits of old R.E.M. Favorite Things have put the melody at the forefront of Coming Clean and have created songs that would have challenged for the charts in the ‘90’s indie, guitar pop world.  – Ed Stuart 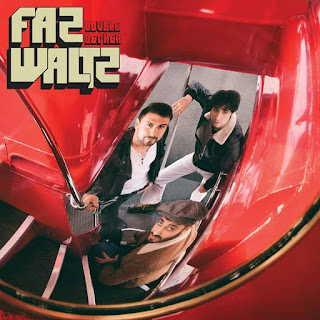 Faz Waltz – Double Decker LP (Spaghetty Town)
Now, I’ve reviewed Faz Waltz a few times over the years and the band definitely has stuck to its guns. Double Decker, the band’s sixth LP, is what Faz has been doing best for the last decade. Faz has taken the sounds of ‘70’s glam and Bovver rock and brought them to the modern era. Now, one thing I’ve noticed with Double Decker is the slower songs like “Is this The Way” and “Sleepy Head” definitely have a real “Cosmic Dancer” feel. What about the rest of the LP? Faz is strutting their glam rock riffs as if punk never happened and the show Marc was never went off the air.  – Ed Stuart 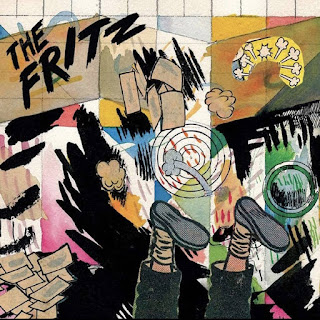 The Fritz – S/T LP (Drunken Sailor)
Short songs for short attention spans? The Fritz hails from Indiana and feature members of The Liquids, CCTV, Pentas and Punkoid. This S/T debut is the ballpark of early ‘80’s punk hardcore played by a minimalist no frills band. It’s like Killed By Death meets parts of Circle Jerks, 7 Seconds and sped up Posh Boy punk recorded lo-fi.  – Ed Stuart 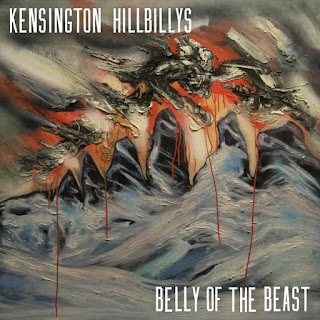 Kensington Hillbillys – Belly of The Beast LP (Boppa Do Down)
Punk meets country might be the best way to describe Kensington Hillbillys. The Hillbillys have been kicking around Toronto for fifteen years and building a following in that time. Hillbillys do like their punk as evidenced by their Clash covers LP, The Crooked Beat. Belly Of The Beast is not the wild abandon of the first Gun Club. The guitar distortion is geared to the twangy sound of country, but infused with punk spirit. “Down In the Dirt” is a good example of this. I wonder if the band switched out their Telecaster sound for a Les Paul sound what would happen?  – Ed Stuart 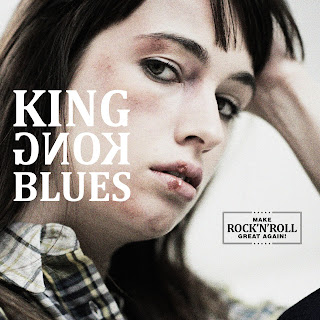 King Kong Blues – Make Rock N’ Roll Again LP (Le Passage)
King Kong Blues or KKB is a three-piece rock n’ roll blues driven band out of France. If you’re thinking class power trio, you will have to make a modification. KKB has two guitar players, no bass and drums. Make Rock N’ Roll is guitar driven rock heavy on big riffs and big chorus that are yelled a little more than sung. KKB sings in three languages on this LP, French, Spanish and English. The majority of the vocals is sung in French, which will make it difficult to join in the sing along or shouts unless you speak French. KKB is probably closer to a better playing White Stripes mixed with ‘70’s rock. – Ed Stuart 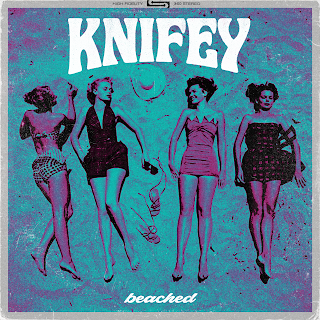 Knifey – Beached LP (Self-Release)
California influenced beach punk pop by way of Toronto. What? That’s right, you read that correctly. Knifey fuses early Weezer, surf leads, Pixies, ‘80’s alternative and punk-pop into one glorious package. Beached really is a surprise, mainly that’s it’s self-release and has got so much press. Your first thoughts about a band named Knifey are not melodic surf-pop, but in this case it is. The band reminds of the Chinchees a lot and eventually a label gave Chinchees a proper release. Its not like Canada is short of good bands, but here is another to add to the list. – Ed Stuart 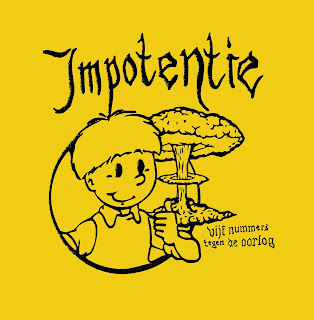 Impotente – Demonstrative Opnamens 7” (Drunken Sailor)
Impotente is a two-piece lo-fi band from Montreal that sings in Dutch. The members have been in the Nodes and Omegas. Demonstrative Opnamens is rudimentary lo-punk that has been described by others as ugly. If you were looking for melody, I would search elsewhere. This 7-inch is a re-release of the Swollen City cassette.  – Ed Stuart 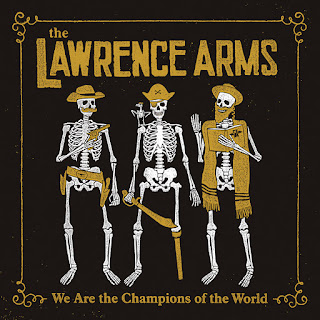 Lawrence Arms – We Are The Champions Of The World LP (Fat Wreck)
Twenty years and these Chicago mainstays are still kicking around. We Are Champions Of The World serves as introduction, compilation and testament to the band. We Are Champions pulls from all their releases, six LP’s and five EP’s, on Asian Man, Fat and Epitaph that range from 1999 - 2014. Lawrence Arms play a Midwestern pop-punk that features dual singing styles of clean and throaty/raspy. Lawrence Arms sound has always blended more traditional rugged straight-ahead pop punk “The Devil’s Taking Names,” with Jawbreaker/Get Up Kids melodic influence “Alert The Audience” to their advantage.  – Ed Stuart 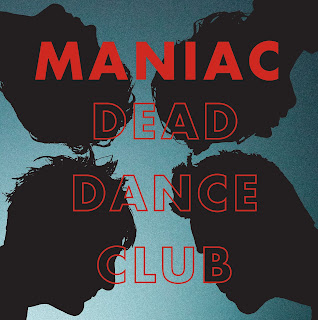 Maniac – Dead Dance Club LP (Dirt Cult)
Round two for the oft-described Gentleman Punks. Now, you probably have read in the past, in the abandoned halls of this blog, that Maniac has been on many of the top year-end lists and if you listened to the band, you’ll understand why. Dead Dance Club, LP two, is a transition record, but the transition is slight at best. It’s like growing up from 21 to 27.  This time around is less “Hello, alcohol. Keg handstands are a great idea because beer is my new water” to “Sure, I can sit at the bar to order drinks with my friends and get to work tomorrow.” Maniac still has the elements of what makes them Maniac. The frantic high energy, wild abandon, Briefs/Dickies/Weirdos ’77 LA sound with group vocals is still there on “Midnight Kino” and “City Lights,” but ‘80’s influenced songs like “Modern Love” and “Neutral Libido” find a home on Dead Dance Club too.  – Ed Stuart 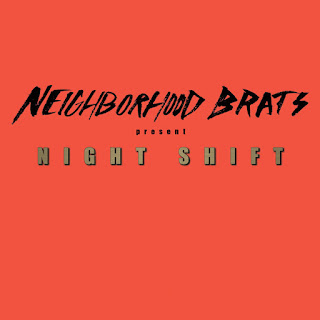 Neighborhood Brats – Night Shift 7” (Taken By Surprise)
The Brats are back after a hiatus, so enjoy it because it might be for a limited time. Neighborhood Brats had called it quits after their LP, but have decided to get back together to bring the world Night Shift. I don’t think there was really any danger that this wouldn’t be any good. I think the surprise may of how good this is. It reminds me more of the earlier Brats material. They seem light and carefree and less influenced by ‘80’s hardcore and more by ’77 LA punk instead. Maybe it’s a guitar switch or the attention to the melodic riffs. It sound like riffs are played on Telecaster or just more favoritism given to the treble then I remember in previous releases. Night Shift is classic Brats. Brats are notorious for delivering amazing singles that required repeated listening because the songs are so good.  – Ed Stuart 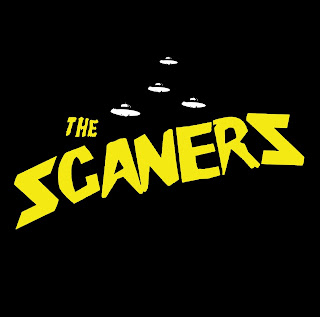 The Scaners – S/T LP (Dirty Water/Adrenalin Fix/Casbah Records/Dangerhouse Skylab/ Strychnine Recordz/Teenage Hate Records/Trokson Records)
It would be easy to dismiss Scaners as a synth punk band and leave it at that, but there is a lot more going under the hood. Yes, this a global release and a stellar effort of collaboration if you read the label list. Scaners, from France and with one n, mix Spits, Dickies, Screamers, Devo and Epoxies mayhem in a ’77-’79 blast of camp and punk with all phasers set to fun. There is a definite B-movie sci-fi aesthetic running through the LP, but it doesn’t get in the way of the songs. Scaners may “Want To Talk To Your Leader” on a “Checkpoint Planet,” but what they really want to do is have fun. – Ed Stuart

Posted by Audio Ammunition at 1:21 AM