An interview with Patsy's Rats! 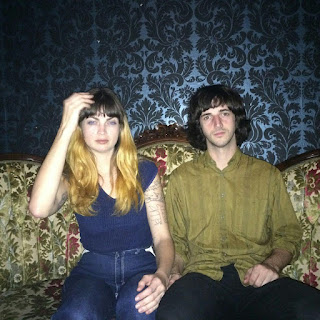 Christian Blunda and Patsy Gelb aka Portland's Patsy's Rats play the kind of rock n' roll music that gets wedged in the folds of your damaged brain the very first time you hear it. Their songs pop and burst all around you with well paced tempos, strong yet melodic guitar hooks reminiscent of Peter Case and delightful vocals that are a cross between Chrissie Hynde and Debbie Harry.  It's music that's too good to pigeonhole as "punk" and too interesting to dismiss simply as "pop".  It's not noisy or avant garde, Patsy's Rats simply make magnetic music that instantly charms the human soul.

How did you two meet and decide to play music together?
CB: Patsy and I were fans of each other's bands 4 years ago, mine being Mean Jeans and hers being Scavenger Cunt. We started writing songs together, though the first time we performed together was playing guitars in Patsy's dad's band Giant Sand at a Portland festival called Pickathon 3 summers ago.

PG: I’ve always believed the best way to start a band is to set up a show, before you have members or songs or even a concept, then let the deadline do its work.  We did that. Oh and we did have a name, it was The Rat.

CB: As members started rotating in and out, the project became Patsy’s Rats. I am the constant rat, the others come and go as they please. Bass and drums have been played by Aaron Levy formerly of The Memories, Kyle Raquipiso of Meth Teeth, Nat Brower from Nancy, Jeff Taylor from Sleeptalker, and Stevie Pohlman from Mope Grooves.

If you can single out who the most influential person in your musical career and have the opportunity to speak to them face to face, who would that be and what would you say to them?
CB: Tough question, but it would really be an impossible dream come true if I could get Phil Lynott, Joey Ramone, and Harry Nilsson around a table with an open bar tab for a night. I'm fascinated by all three of them, plus it would be a heck of a party.

PG: Oh yes, maybe we could throw Alice Cooper in there too just for fun, I would love to sit at that table no question. But honestly I think the most influential person in my musical career is my old man. He has had this kind of career my entire life and I think has gone about it in a completely unique way, for better or worse. I respect that and definitely look up to him. I get valuable insight on every aspect of a musicians life, from recording vocals to getting your guitar onto an airplane as a carry on (not easy). He is also responsible for putting some pretty special instruments in my hands, like the loud red Gretsch that is my senior by about 20 years.

CB: Yeah, Alice circa 1970 can come to the fantasy party too. 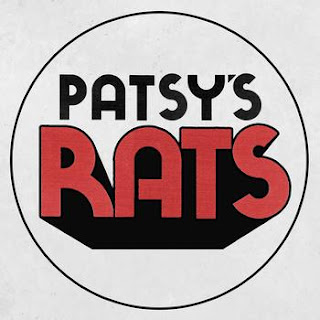 What sorts of things influence you’re song lyrics?  Are there any subjects you try to stay away from, if so why?
CB: By now, practically every thought and every turn of phrase have found their way into a song, and most of them are awful, so it can be hard to find your own voice. We're a new band still uncovering ours, but lyrically we aim to be rascally, romantic, and genuine.

PG: I agree with that, I also think our songs are playfully dark. We have song titles like “Its Gonna Hurt” “Hard Time Karen” “Empty Bottle” and “Nowhere Close”, though not intended to be strictly cynical or depressing I think that this dark side of life or whatever is just something both of us have always been respectful of.

I’ve read that playing and/or writing music can be therapeutic.  Do you find that to be true at all?
CB: I obsess over every song I write, often to their detriment I'm sure, but molding the song and evolving it into its final form is always really satisfying, no matter how long it takes or how simple the song is in the end.

PG: I think I am the opposite, I end up writing when I don’t mean to. I’m usually driving or walking or working on something else. Melodies must come from a part of my brain that works well while this other part is distracted and can’t bother it. I think I am learning a lot from working with an experienced songwriter like CB, we have completely different approaches (if you can call mine an approach) and I think they end up expanding on each other nicely. I like happy accidents and he is much more methodical. Oh maybe that didn’t answer the question… I find playing shows to be therapeutic for sure, its a special kind of “high”. 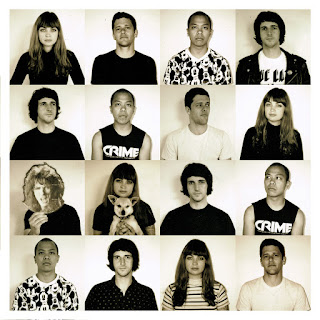 Patsy’s Rats are currently based out of Portland.  What’s it like playing shows for your band in a town like that, a town with so much going on musically?  Do you ever feel any sort of competition?
CB: I've been playing in the Portland 'punk' scene for 8 years with Mean Jeans and it's always been changing, some eras better than others. With Patsy's Rats, which is more of a pop rock project, I'm interested in branching out and playing new venues with new bands. I suppose we're lucky to live in a town with such a wide variety of both.

PG: Yeah I suppose too.  And I don’t get a competitive vibe from the Portland scene really.

And speaking of playing shows, what feeling or sentiment do you hope your audience walks away with after seeing a Patsy’s Rats show?
CB: I just want people to walk out with the songs in their head.

You’re debut single is coming out soon on La-Ti-Da Records (one of our favorite labels!).  How did you hook up with the fine folks over there?
CB: Right when we finished our first recording session, we played a show at The Know that Tim Horner from La-ti-da attended. He wound up crashing on our couch, and right after he left I thought, 'shit, why didn't I ask him to put out our first record?'. So I wrote him and he obliged. The single is Rock & Roll Friend b/w Hard Time Karen and we're really excited to release it.

If you got exiled to a deserted island but were allowed to take one meal, one person and one record to live out the rest of your days there, what would these all be?
CB: Patsy and I would bring a bucket of mushrooms and the Donny Denim Hey You! single, as long as there's a 45 adapter.

PG: But wouldn’t we wish we brought a full length album instead?  Siiiike. It IS that good.  Drugie mushrooms or normal?  I like both.

Where are the best places to go or log on to hear Patsy’s Rats music?
patsysrats.bandcamp.com

What lies ahead for the band?  Any more recording or touring news?
RATS: Lots of exciting news. We have a 7-song cassette coming out in November on Burger Records. The La-Ti-Da single should be out soon, and we just filmed a music video for "Burnin' Honey" - a song that will be on our second single on Dig Records. We will be on a Europe tour opening for Giant Sand from Nov 28 - Dec 13. In early 2016 we’d like to record our first LP which we're writing now and do some US tour dates.

Posted by Audio Ammunition at 5:39 AM