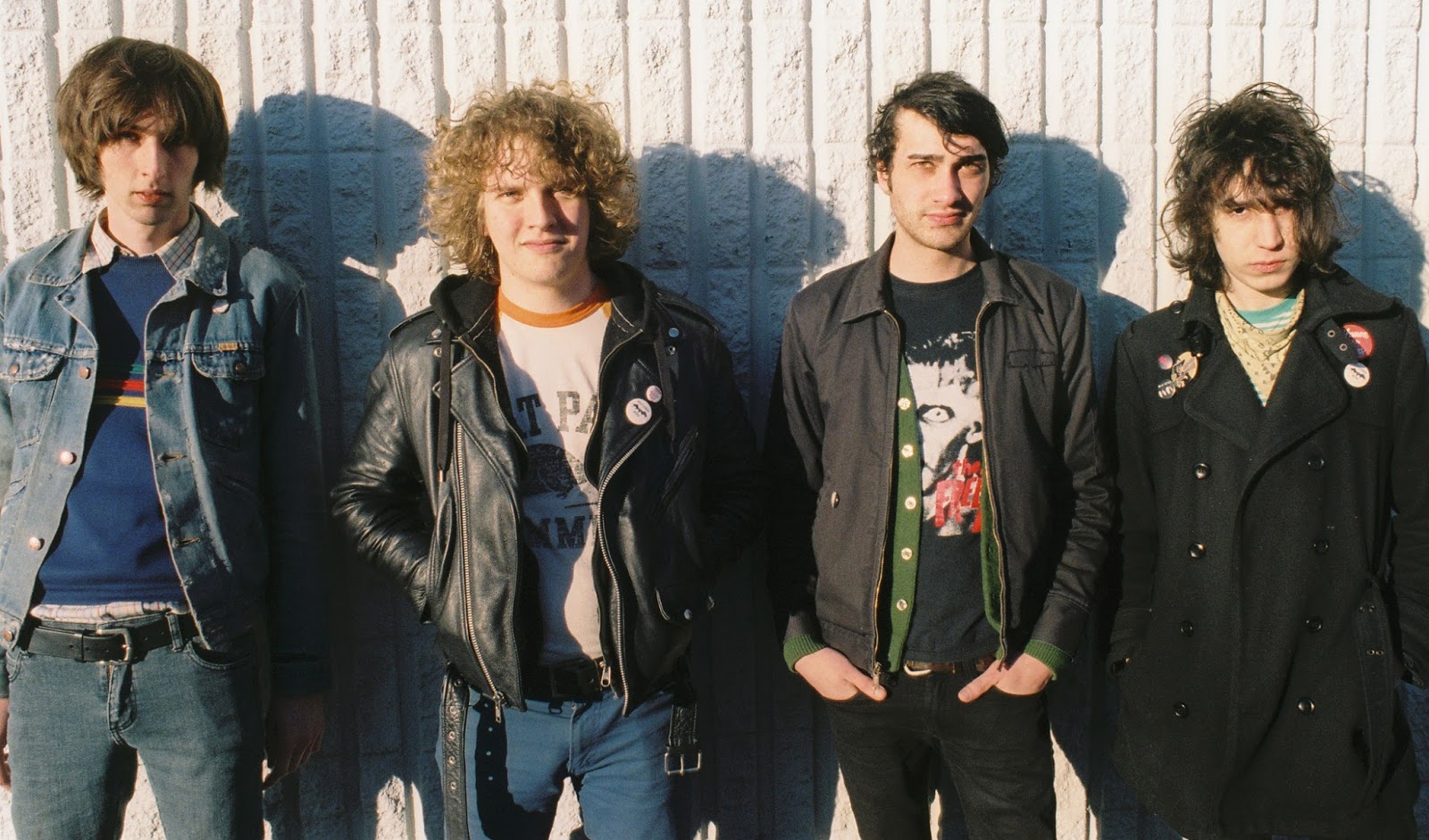 Sometimes half of the battle is too get people just talking about your band and with a name like Youthbitch you might not have a problem. But having a name that garners attention isn’t enough; the band needs the tunes to back it up, which, Youthbitch does. A healthy mix of Exploding Hearts and Dictators got Dirtnap so impressed that they stated “this is the first time we’ve done a 7″ with an up-and coming local band in years.” This was hot off the heels of 2012’s mega output of not one, but two LP’s and their new single, on Dirtnap/Jonny Cat is currently out now. By the end of the year, Youthbitch might have another LP so I would start listening to this band now.

Where is the band from?
Portland, Oregon via flyover country.

Who is in the band and what instrument do they play?
Nico "No-Good Nick" Suavey plays the fumbly bumbles on the small mouth bass and sings. Joe Benasshole (none of these nicknames are consensual) rocks the skins. R. P. Smith plays the fiddly bits on the lead axe and I play second fiddle and also sing.

How did the band start?
Me ‘n Nico played real shitty stuff when we were 18 and then came Rob and Joe later to make it an actual band. Members were selected in keeping with astrological compatibility and wiener size.

How did the band name come about? From reading different reviews there is a mixed reaction about the band’s name than the band’s sound.
It's from the FBI lyrics to Louie Louie ("hey Youthbitch, hey love maker, now hold my bone"). We were like 18 when we picked it. It didn't seem like a good name at the time and it still doesn't, but we didn't come to give good names, we came to rock.

The band members are originally from Illinois, St Louis, and Idaho. Why the move to Portland? What drew you guys there instead of other big US cities?
Portland's nice and cheap and a great place to ruin your life.

Don’t Fuck This Up was called “It might be the best local document of such a sound since the Exploding Hearts’ Guitar Romantic, and it deserves a vaunted spot next to Gentleman Jesse’s self-titled debut in taxonomies of contemporary classics” by the Willamette Week. Guitar Romantic is arguably a classic LP and one of the best of the last fifteen years. How does it feel for Youthbitch to be held in such high regard with such a review?
It was really nice of him to say that, but it's not such a good idea to take reviews to heart. Let's take a look at some other reviews: MRR says we're a "lame Nobunny" with no hooks. A YouTube commenter says "it sounds like they're playing their guitars with their clitorises" (best one yet). Just the other day some guy driving by in a pickup called me a faggot.

What bands/LP’s influence or have influenced Youthbitch’s songwriting?
I think Sam Cooke was a big part of Nico's songs on the last record. Rob really likes Ross the Boss from the Dictators. One really important song is "All Over Blues Feeling" by Champion Jack Dupree. It's like a Rosetta Sone for all our stupid ideas.

Do you think music can still be a vital force in such a disposable age?
Everyone needs jams. Jams are everywhere now, and some people say that devalues the jams, but really if jams are important to you then it just means more jams.

Youthbitch released two LP’s in 2012, Youthbitch Youthbitch Youthbitch Youthbitch Youthbitch and Don’t Fuck This Up?  Then follow it up with the I’m In Love With Girls single in the early part of 2013. How does the band stay so prolific? Why not wait and give each release a little breathing room?
I think it's a pretty standard amount of output for bands our age. We had even more stuff that year than those releases, there were releases with side projects and tracks on comps and whatnot, but if you step back and think about it it's not that much. If I were a baker and I only made five pies in 2012, wouldn't this question be more like, "Dude, why are you such a shitty baker?"

What have been some of Youthbitch’s favorite shows? I see the band has played with The Spits and Mean Jeans.
My favorite so far was on tour with Therapists when we played with Primitive Hearts and Shannon and the Clams in SF. Also, SMMR BMMR last year was awesome, Kepi Ghoulie played a set with the jeans, all the beer was free, and Dirty Donny airbrushed my jacket.

How did Youthbitch hook up with Dirtnap? On the Dirtnap site they state, “this is the first time we’ve done a 7″ with an up-and coming local band in years. Once you hear this, though, it will be immediately apparent why we broke our long dry-spell.”
Starting when Nico was 17, he used to go to Ken's store and bug him all the time. At some point over the course of five years I think we started to suck a lot less and he started to like us. He heard our LP on Jonny Cat and wanted to do a split release with the 7-inch.

50 years ago people used to buy music and get their water for free, now people pay for water and get their music for free. How do you think this affects music in any way?
Buncha thirsty fellas with headphones on having a gay ole time.

Where can people hear the band?
http://youthbitch.bandcamp.com ! That's also how you can make sure we don't go hungry. Get our LP and 7" from the Green Noise website ( http://www.greennoiserecords.com/ ) Lots of videos on youtube too (another one on the way).

What’s next for Youthbitch?
More shows on the West Coast. Someday a van and then more shows everywhere.