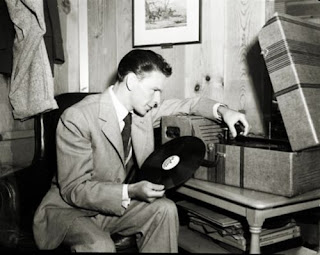 After a while of hiding in my remote arctic cave and letting poor Audio Ed do the heavy lifting around here, I'm back to earn my keep at the Audio Ammunition Underwater Stronghold.  Hopefully Ed won't make me pay for my insubordinate behavior by cleaning the latrine with a toothbrush again.  Stay tight though, we'll be back very soon with more delectables! - J Castro 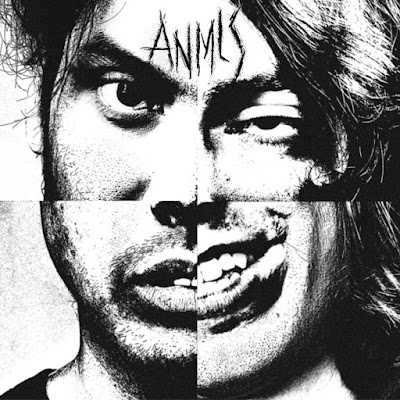 These guys are from Santiago, Chile and they throw down a hard, fast and mean style of punk rock.  The kind where you can actually feel the power radiating from the speakers and hitting your gut. Listening to this record gives you the same kind of feeling you get when watching a street brawl and one of the guys picks up a broken bottle.  The songs are sung entirely in Spanish and the production is slightly distorted but it gives the record an edge.  If you’re looking for adrenaline inducing punk but are getting tired of your old Negative Approach and Cro Mags records, then seek out ANMLS.
- JC 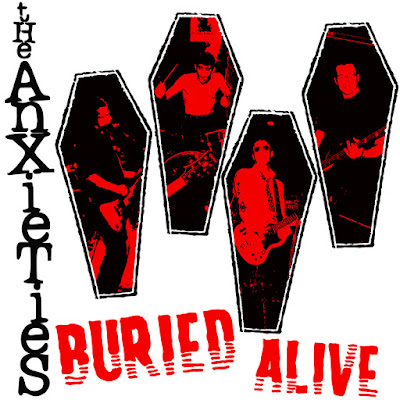 Anxieties – Buried Alive CD (Lab Rat Industries)
This band had been around for ten plus years cranking out the perfect blend of The Damned, The Dickies and the Dead Kennedys style of punk rock. Yes, they’re that good.  They also radiate a similar vibe to fellow Pacific North Westerners the Briefs. Their newest release Buried Alive is actually 4 new tracks with a whole grip of remastered older tracks from previous, long out of print EP’s.  The only way this CD would be better is if it came wrapped in a skinny tie! - JC 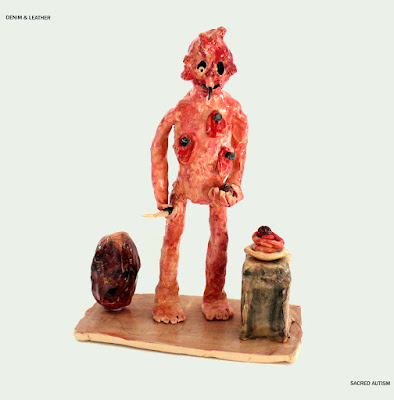 Denim and Leather – Sacred Autism LP (Drunken Sailor)
This is some heavy stuff!  Denim and Leather found in their brains the prefect mix of 80's DC Hardcore levels of ferocity with the heaviness of bands like Jesus Lizard and Scratch Acid.  But then they go and sound like Nick Cave on the tune “Ancient Cowboy Burial Ground” and there’s also a Husker Du vibe peppered on some tracks as well. If I had to compare it to anything going on right now, I’d say it’s in the same room with bands like Ceremony and TV Freaks.  - JC 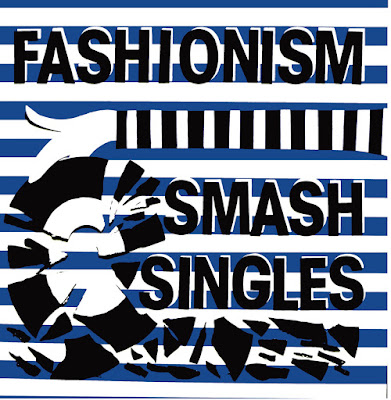 My favorite band has two, count them TWO new releases. Absolutely Glorious! As the title suggests this is a compilation of the band’s stellar singles. If you’ve been cruelly depriving your ear drums of the sweet sounds of Vancouver’s Fashionism, then let me attempt to describe what you’ve been missing.  Think The Gift era Jam mod pop mixed with the raw melodic punk sounds of bands like the Boys, Generation X and Teenage Head.  Yes that’s what you’ve been missing. Now go cry and clench your fists in regret. But redemption is still at hand and it lies in the purchase of this record.  - JC 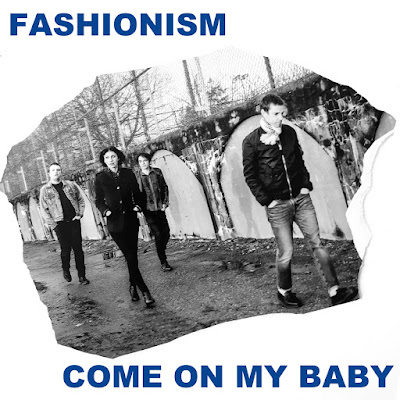 Fashionism – Come On My Baby 7” (Drunken Sailor/Neon Taste)
Another striking single from Fashionism.  The A-Side and title track explodes with The Clash’s “White Riot” levels of energy and never lets up. “Come On My Baby” has more of a pop sensibility to it though.  The B-Side, is called “Baby She’s Gone” and it’s a slower, crying in my beer style song that sounds like it could have been an early Elvis Costello penned tune.  I can’t quite put into words how much this band inspires me.  They’re the kind of band that makes you want to get up and start your own group. – JC 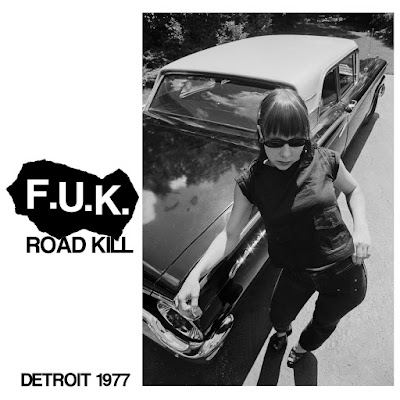 F.U.K. – Detroit 1977 7” (Hozac)
This is another fine addition to the Hozac’s wonderful archival series.  The name of the record pretty much says it all.  F.U.K. (Fucked Up Kids) apparently played one show on Halloween night, 1977 in Ann Arbor MI and only recorded these two songs! The band also features a couple of guys that went and formed some band called Mission of Burma, perhaps you’ve heard of them?  The A-side is a scrappy smoker of a 77 punk tune, B-Side sounds a little more early New Wave like The Now.  – JC 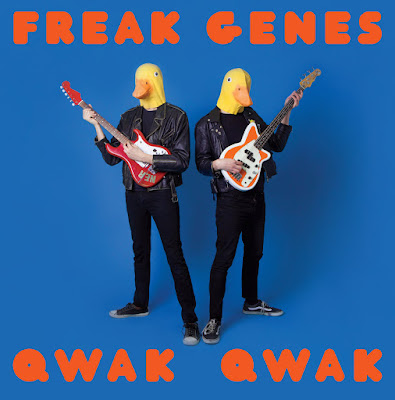 Freak Genes – Qwak Qwak LP (Drunken Sailor)
If you remember the stellar Playtime LP that this band released last year, well not too much has changed thankfully.  But if you don’t, then I’ll have you know that Freak Genes are still emitting the same Swell Maps meets The Toy Dolls bizarre smart ass style of irreverent music.  Some of the tunes on here also give me a Sleaford Mods feel too. This LP is a 17 song mammoth with few clunkers folks.  That says something about this band right there.  - JC 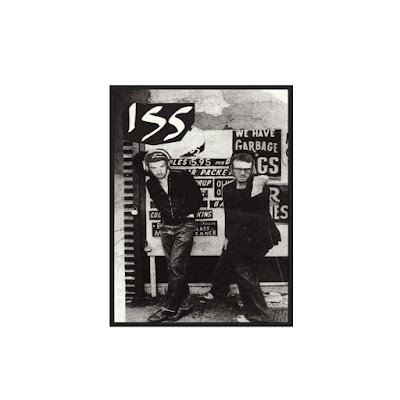 ISS – S/T LP (Drunken Sailor)
This duo have the dead pan delivery and biting wit of groups like The Fall, Wire and Gang of Four. Now try to imagine that laid out over droning minimalist beats. The music is in a haunting post punk production and the vocals are delivered with venom like only the British know how to do.  But these guys are from North Carolina?! Oh yes, you read that right! Drunken Sailor calls it “post-punk-garage-sample-lo-fi-snot-core at its finest”.  Very well said, I totally agree! - JC 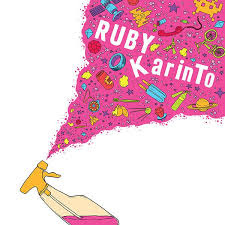 Ruby Karinto S/T LP (Hozac)
Apparently I can now add Hozac records to that list of labels that churn out unpredictable releases!  Ruby Karinto are a four piece band from Victoria, BC and play synth heavy herky jerky pop tunes.  I can easily imagine Mike Myers and Dana Carvey dancing to this during one of those old Saturday Night Live Sprockets sketches.  This isn’t one of those instantly likeable records, this is one you have to sit and absorb in order to appreciate the band’s complexity.  – JC 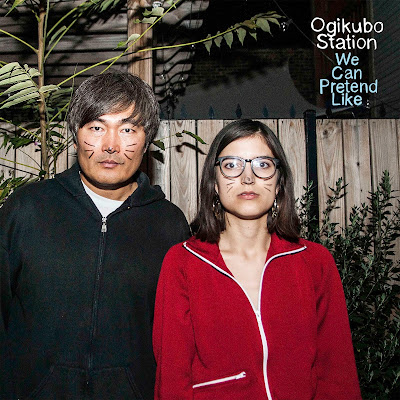 Ogikubo Station – We Can Pretend Like LP (Asian Man Records)
This is the duo’s (which includes Mike Park & Mixtape's Maura Weaver) follow up to last year’s Self-Titled debut EP which was an all folk endeavor.  This time around they employ a full band on some of the songs. Even though they did give some of the tunes here the full instrumental treatment they still remain melancholy, which gives them a Shins/Death Cab for Cutie/Rilo Kiley feel to them now.  That may seem like a lazy comparison but the song writing on this album is definitely on the Ben Gibbard/Jenny Lewis level. This is quite an ambitious and well executed effort and I highly recommend this if you're at all a fan of the above mentioned bands or that style of music.  - JC 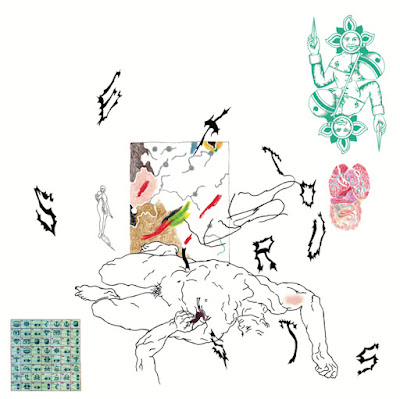 Sex Tourists - S/T LP (Drunken Sailor)
WOW! We never quite know what to expect from Drunken Sailor records, except for the fact that their releases are usually pretty great.  Seeing this record and the band’s name, my imagination ran all over the place.  I grew up on dark 80’s synth pop like New Order, OMD, Depeche Mode. Pet Shop Boys, Human League, well by now you get the picture.  Australia’s Sex Tourists’ fantastic LP fits in perfectly with all of the above mentioned bands.  If you’re a fan of that style, I can’t recommend this enough! - JC 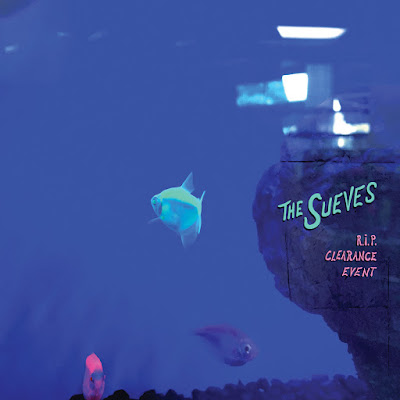 The Sueves – R.I.P. Clearance Event LP (Hozac)
This band is from Chicago and are now offering, well technically their fourth LP (some of their previous long players were cassette releases) for you to go home and play really really loudly.  Bands like this, the louder you play them the better they sound.  The Sueves draw from a similar river as Drive Like Jehu, Rocket From The Crypt, Hot Snakes, Obits and maybe even some drops of Nation of Ulysses tossed in.  This is my first time hearing this band and based on this LP, now I’m on the hunt for their earlier stuff.  - JC 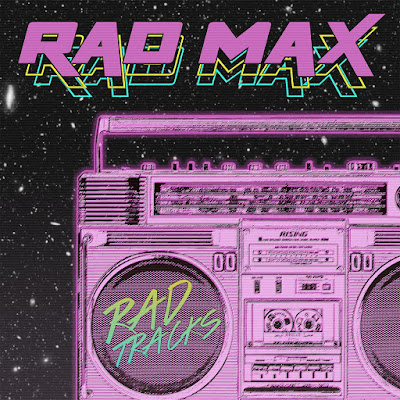 Rad Max – Rad Tracks LP (Self Released)
These guys are from Portland and classify themselves “Rad Wave”.  And why not, after rap/metal country/rap and reggaeton, new musical mishmash genres can't get any worse.  The band’s official description – “a chaotic vision of post-punk tomfoolery, ping-ponging through a kitschy, apocalyptic 80’s landscape”. I couldn’t have said it better myself.  This release reminds me of Boris the Sprinkler coupled with Eddie Money cheese infused mochismo.  The production is pretty good, the synths swirl around in the background and the guitar is thick and up front, K.K. Downing style! - JC 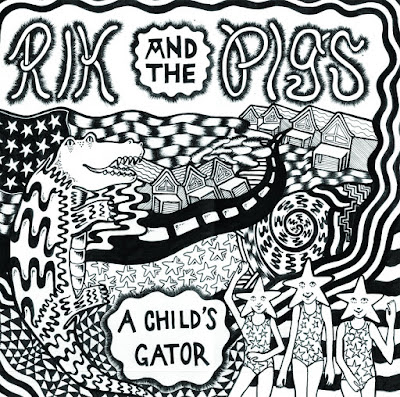 
Well now this is quite impressive!  Olympia Washington’s Rik & the Pigs have come a long way.  They’re going for a 70’s Aussie sound like The Saints, X, Chosen Few types but scrappier and they’re pulling it!  The production on this LP is the best I’ve heard on any Pigs record so far. Not to say it’s polished or anything but this new clearer sound suits the band perfectly.  The guitars are hook filled and set to full buzzsaw mode and the vocals radiate desperation and madness!  This one’s a stunner kids! - JC 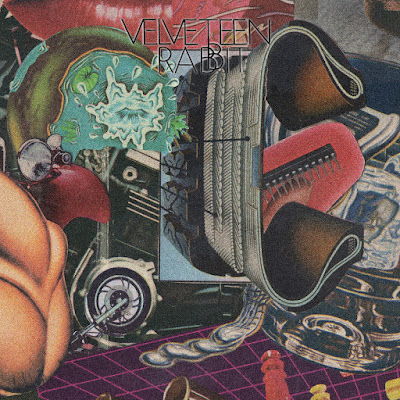 Velveteen Rabbit – Mind Numbing Entertainment  7” (Hozac)
Oh wow, as soon as I heard the opening guitar sound on this 7” I knew I was in for something special.  Former Jeanies unleash two of the best songs I’ve heard all year!  Think Marc Bolan’s monster hooks along with those hard stomping Gary Glitter beats mixed with Bowie’s softer spoken vocal delivery and you’ve got yourself a super star of a record!  The B-Side has an almost Lovin’ Spoonful melody to it and it cooks hot too!  Excuse me while I pick my jaw up off the floor now.
On second thought, I'll just leave it down there since I'm about to listen to this record again and I'm not going to pick off all the cat hair and potato chip crumbs off of it again! – JC