Speaking only for myself of course, I love music, all kinds of music. My soul is influenced by so much it’s hard to go through and pluck 10 releases out of the past year that I loved the most, it was agonizing in fact. So I narrowed it down to not only the records I loved and was obsessed over but also the records that were sent to the Audio Ammunition stronghold that collectively spent the most amount of time on my various radios.   ~ J Castro 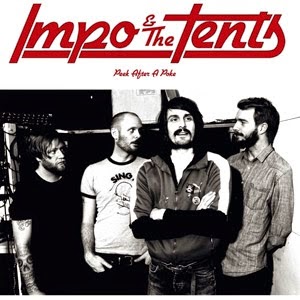 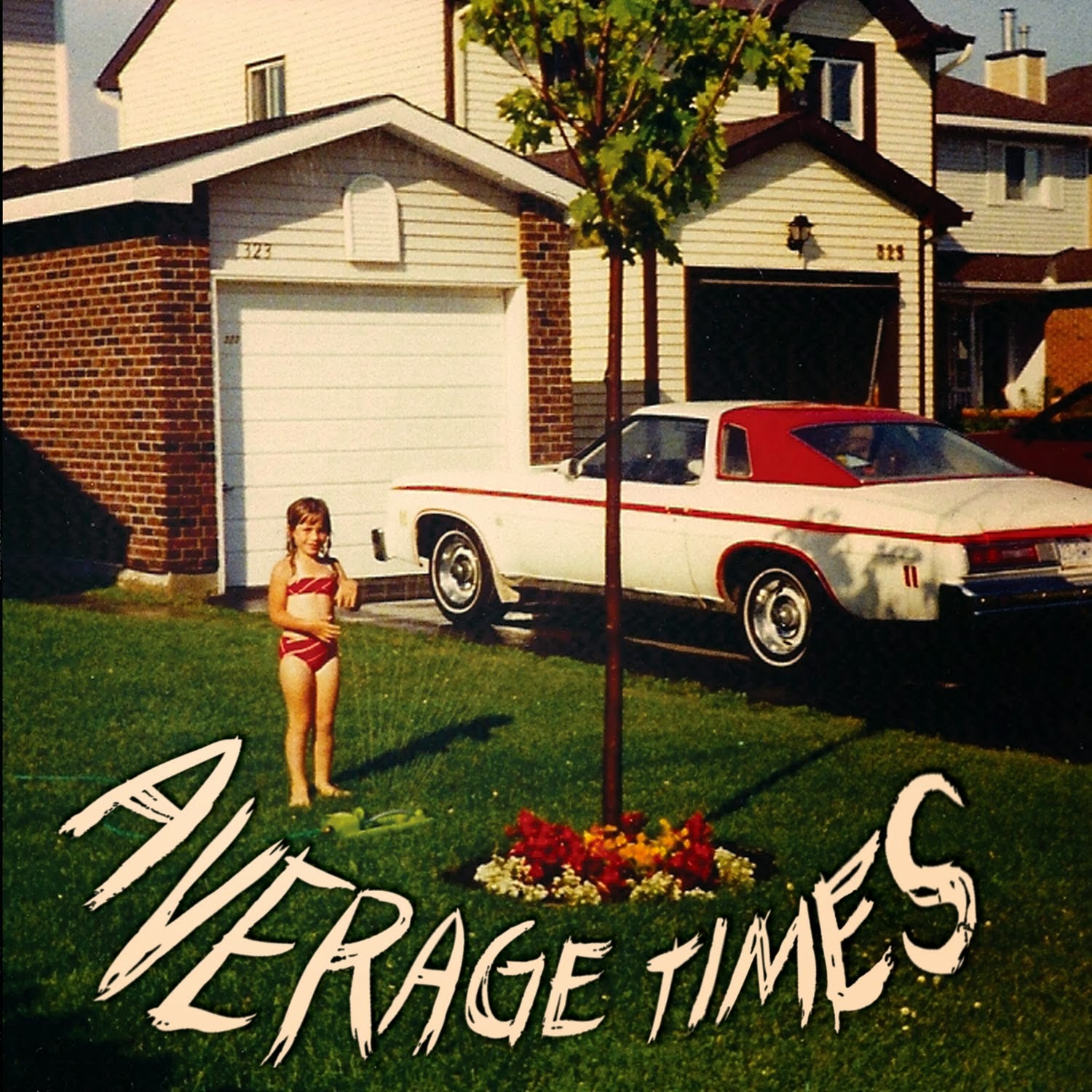 2)    Average Times – S/T LP (Hosehead Records)
A dazzling debut LP: Monumentally catchy and loud bursts of 77 punk-pop inspiration!
These are sons and daughters of punk from the last 20 years; they gathered everything that was great about so many bands from that time and discard the dead weight! 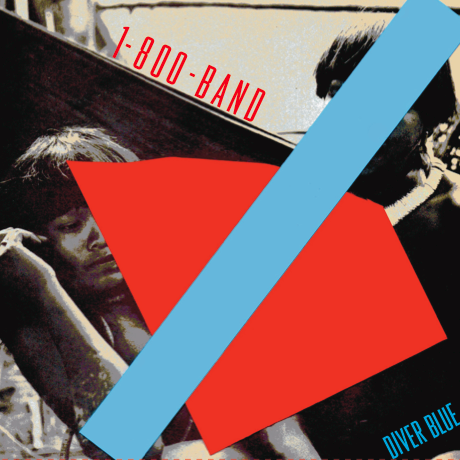 4)    1-800-BAND – Diver Blue 12” EP (Almost Ready Records)
They learned to channel 1980’s romanticism and inject it into undeniably catchy songs similar to the Pretenders and The Cars. 1-800-BAND do what so many rock n’ roll bands wish they could accomplish: they make something old sound new again! 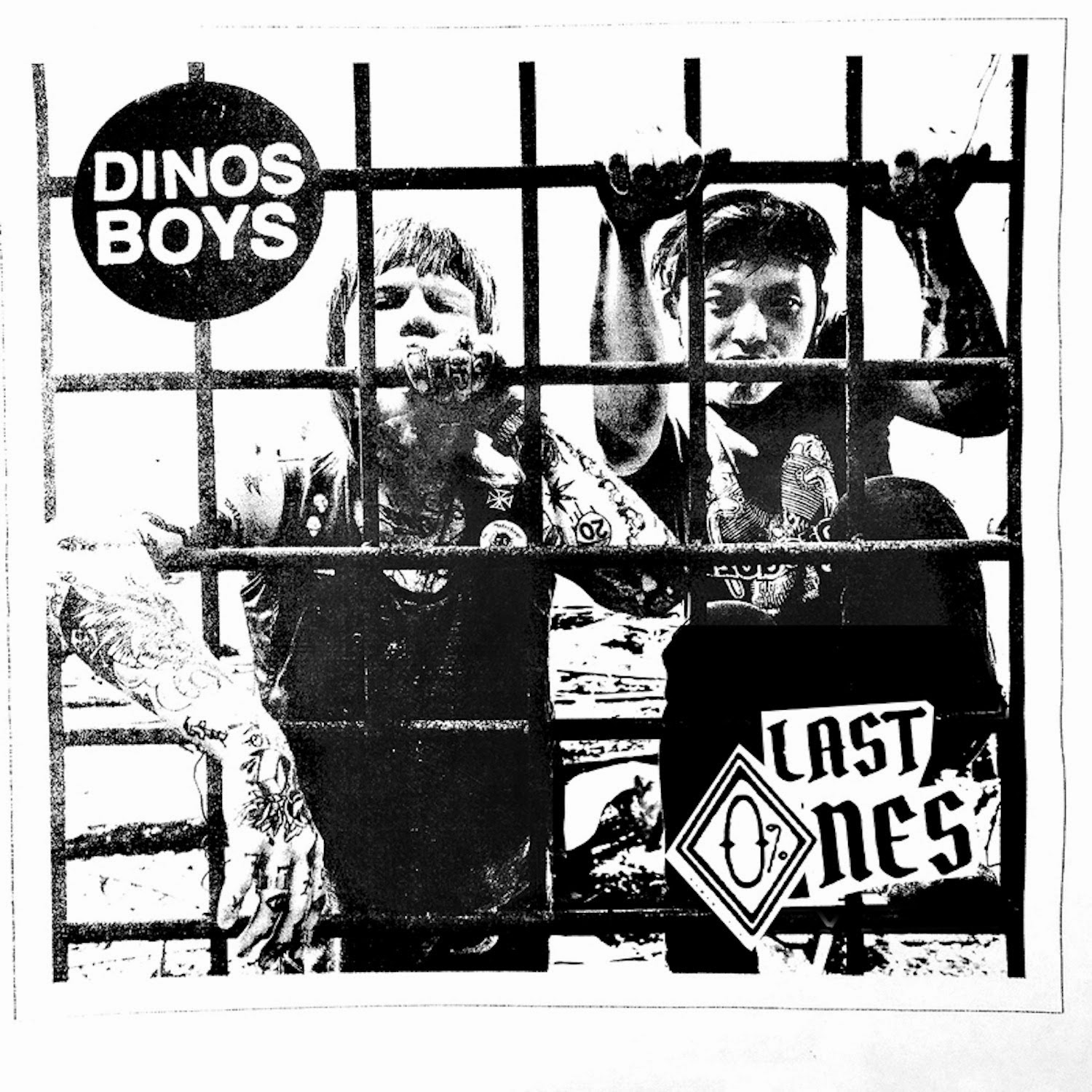 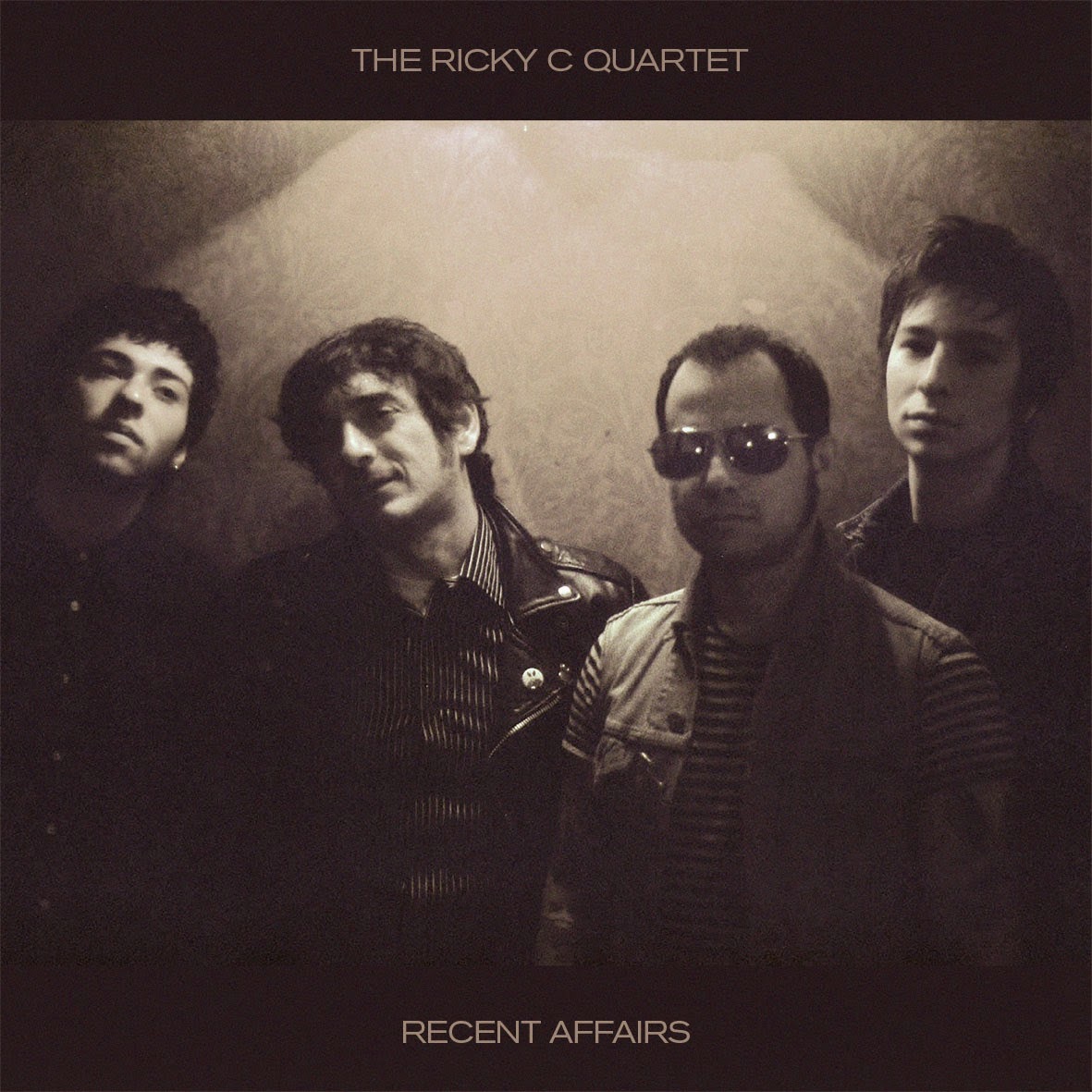 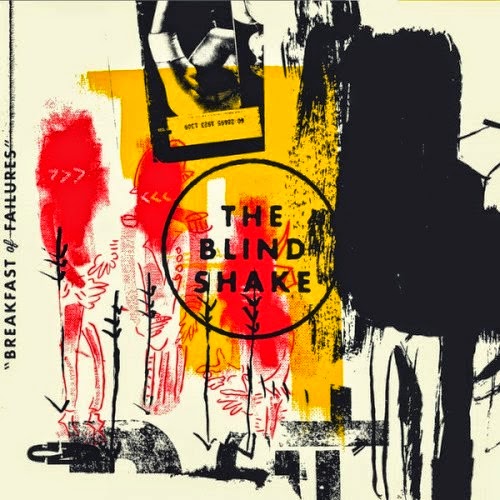 7)    Blind Shake – Breakfast of Failures LP (Goner)
A few words came immediately to mind: massive, ominous, destructive and glorious. I imagine a squadron of B-29 Superfortress Bombers roaring overhead and then suddenly begin laying waste to my hometown. 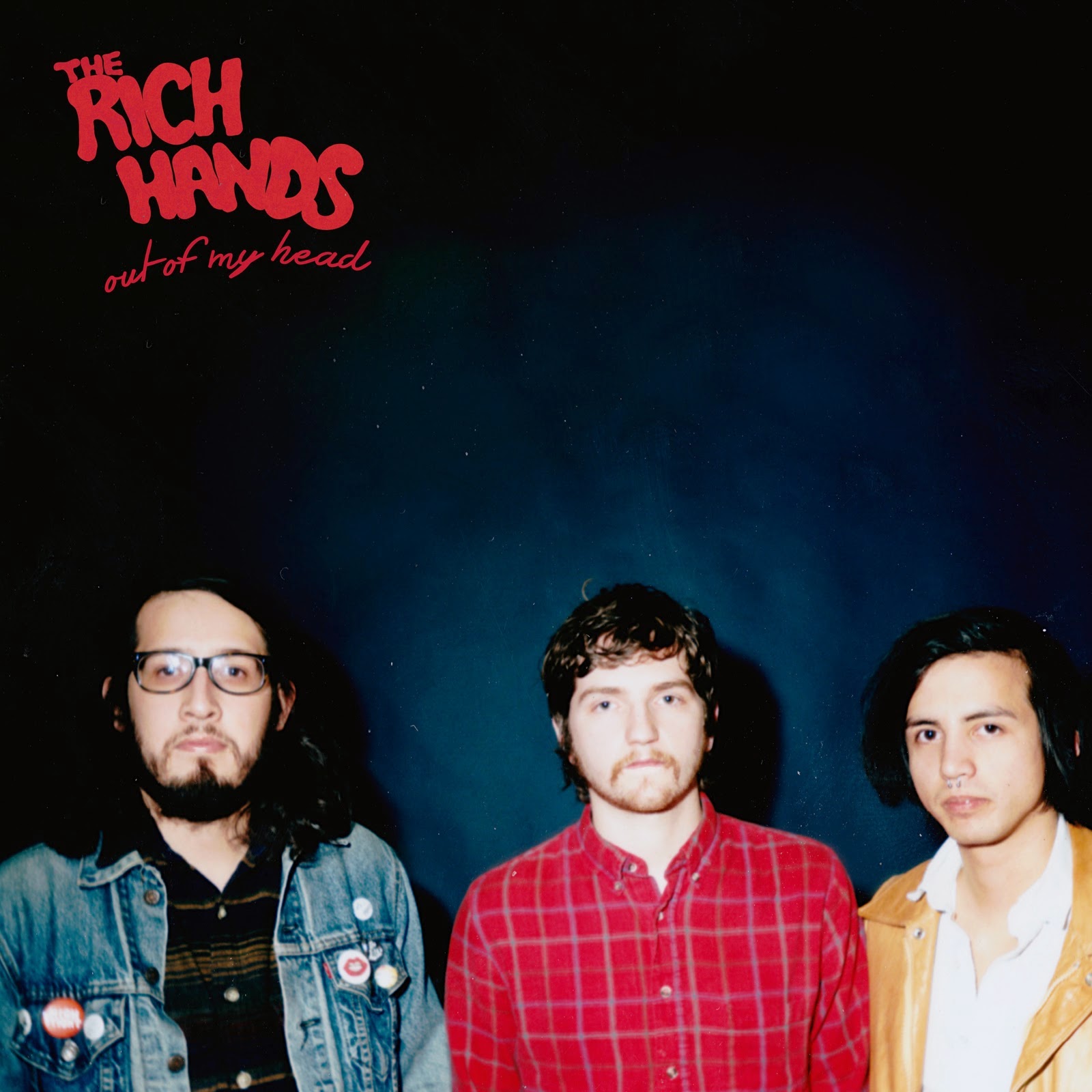 8)    The Rich Hands – Out of Our Heads LP (Fountain Records/Burger Records)
The Rich Hands sound like early Rolling Stones covering Buddy Holly with a bit more dirt and fuzz collected around the edges, which just adds warmth and charisma to their music. 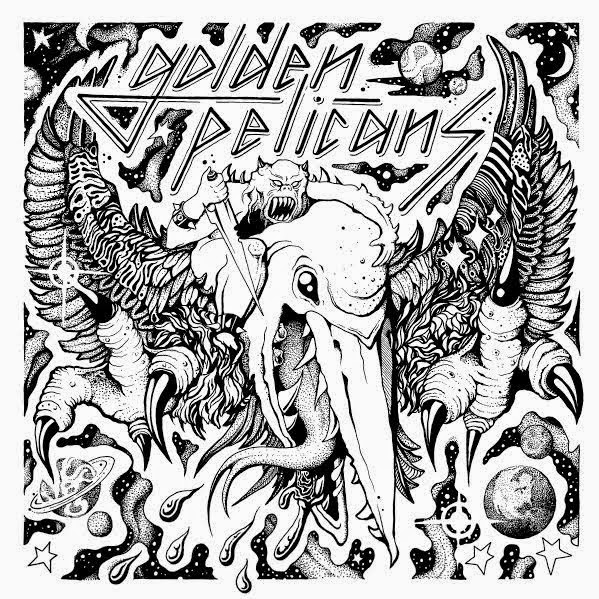 9)    Golden Pelicans – S/T LP (Total Punk Records)
Ultra tight, break neck rock n’ roll that reminds me of Radio Birdman mixed with the Testors. Yes it’s wild, yes it’s sweaty, and if you spend enough time with this record it will probably take a swing at you. Consider my ass kicked! 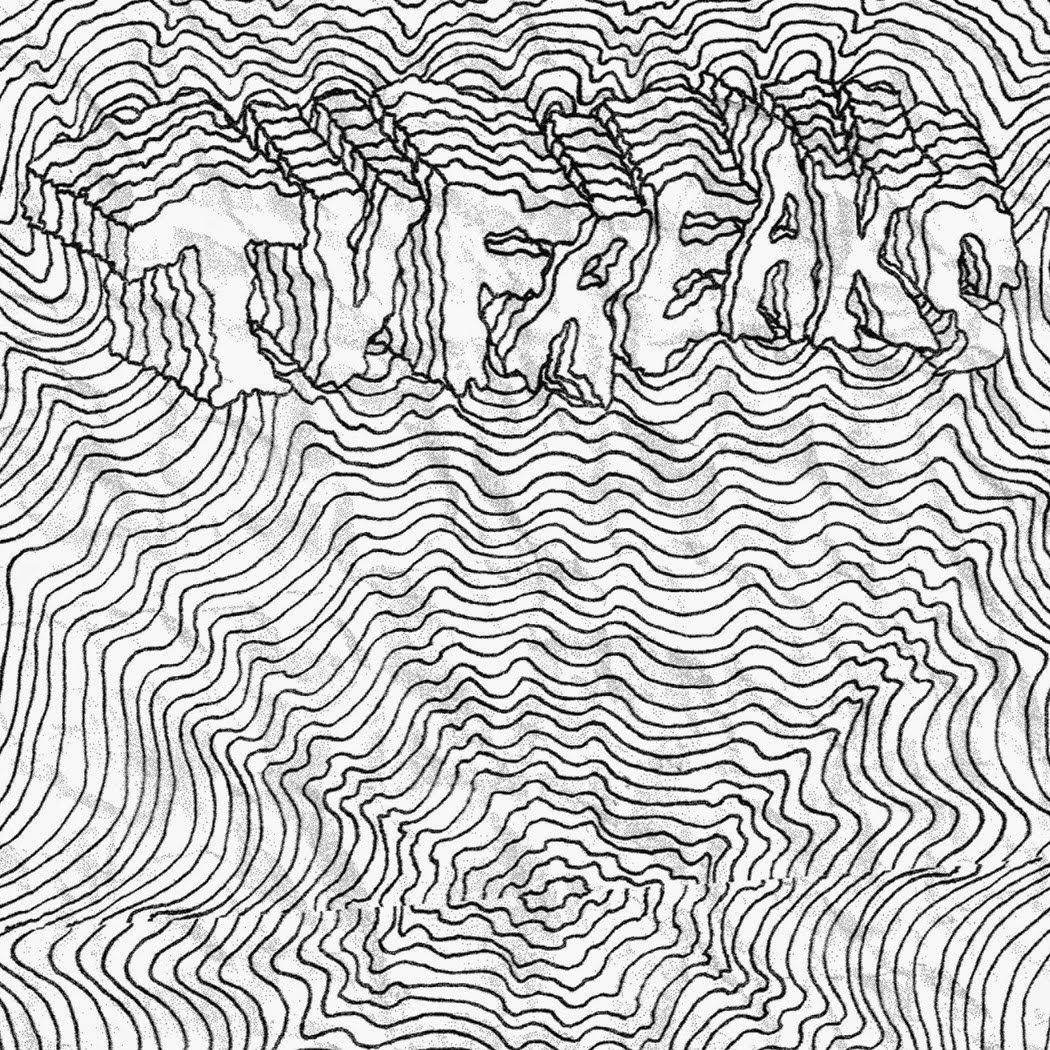 10)    TV Freaks – Leeches EP (Hosehead Records)
TV Freaks discharge a furious, shot out of the sky and coming down hard in flames style of fuzz punk/post punk/hardcore. It’s so great when I can find remnants of bands like The Stooges and Swell Maps among the wreckage.

Honorable and most distinguished mentions:

As if Top Ten lists need a qualifier, but I threw one in anyway. In the making of this list, I stuck to bands that we either interviewed or reviewed here at the Audio Ammunition fortress of doom. Unlike Jay, who is far braver, I did not number them, but just listed them. – Ed Stuart 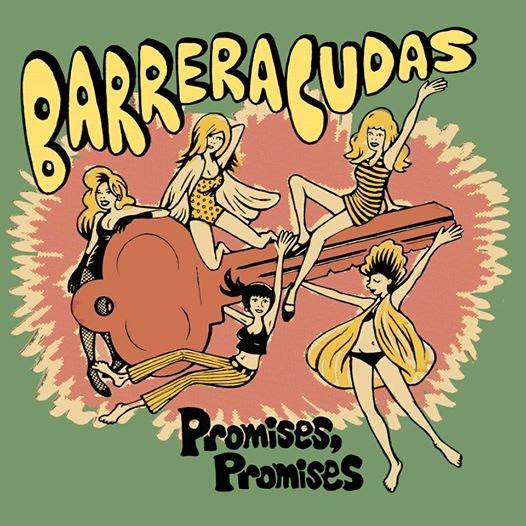 Barreracudas – Promises, Promises 7” (Oops Baby)
“I have a pocket full of quarters now and I’m your Donkey Kong” is arguably too clever to be just a throwaway lyric and that’s only part of what the future classic “Promises” has to offer. “Promises” is the song you swear you have heard before, but you were only just envisioning it your mind. “Young and Dumb” is full of Dictators tongue in cheek pop mixed with Ramones pop and teenage wisdom. The Barreracudas had been absent for a while and this is a most welcome back. 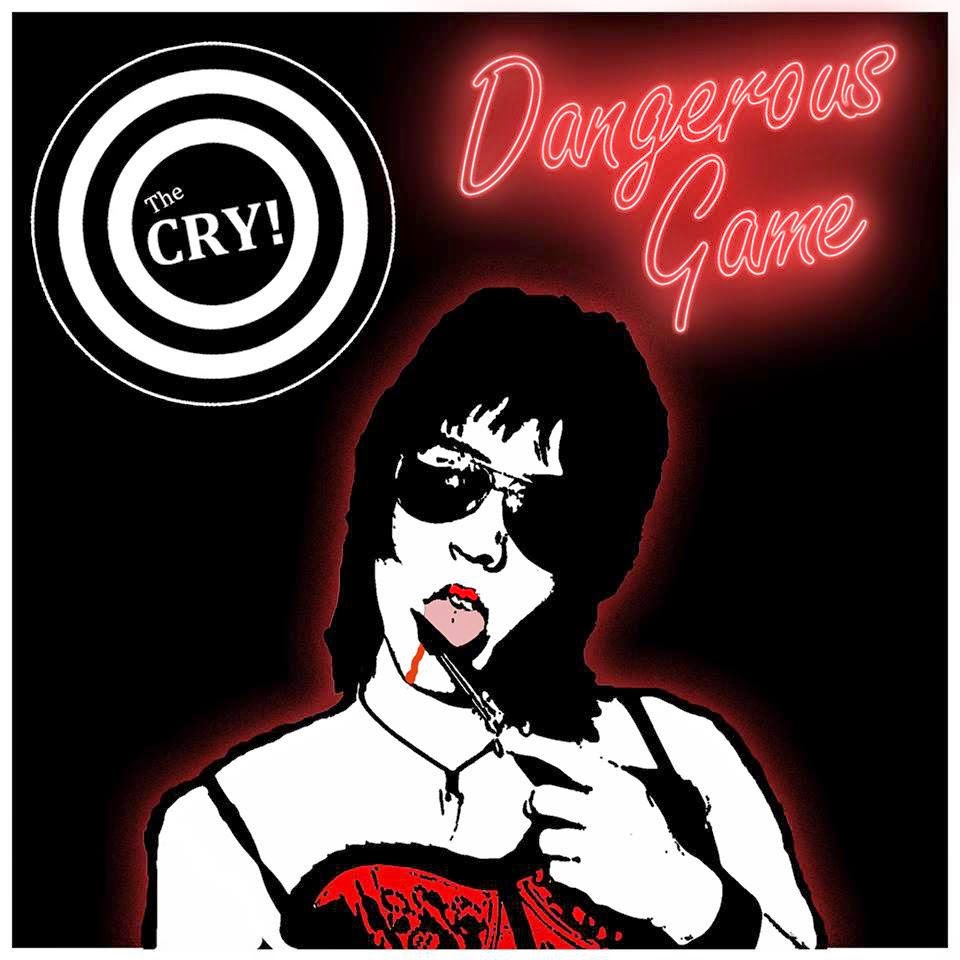 The Cry! – Dangerous Game LP (Top Shelf/Taken By Surprise)
This is a no brainer and I’m sure Dangerous Game is on a million 2014 Top Ten lists and it’s well deserved. The CRY! might be the hottest power-pop band on the planet. The Portland guys have followed up their S/T LP with a whole lot better which was no easy feat. Dangerous Game is so chock full of punk/glam/power-pop that if this LP were a stew you would be full after the first bite. The alliteration song trifecta of “Smirk,” “Shakin’,” and “Seventeen,” has probably cemented these guys as the heir apparent to Exploding Hearts. 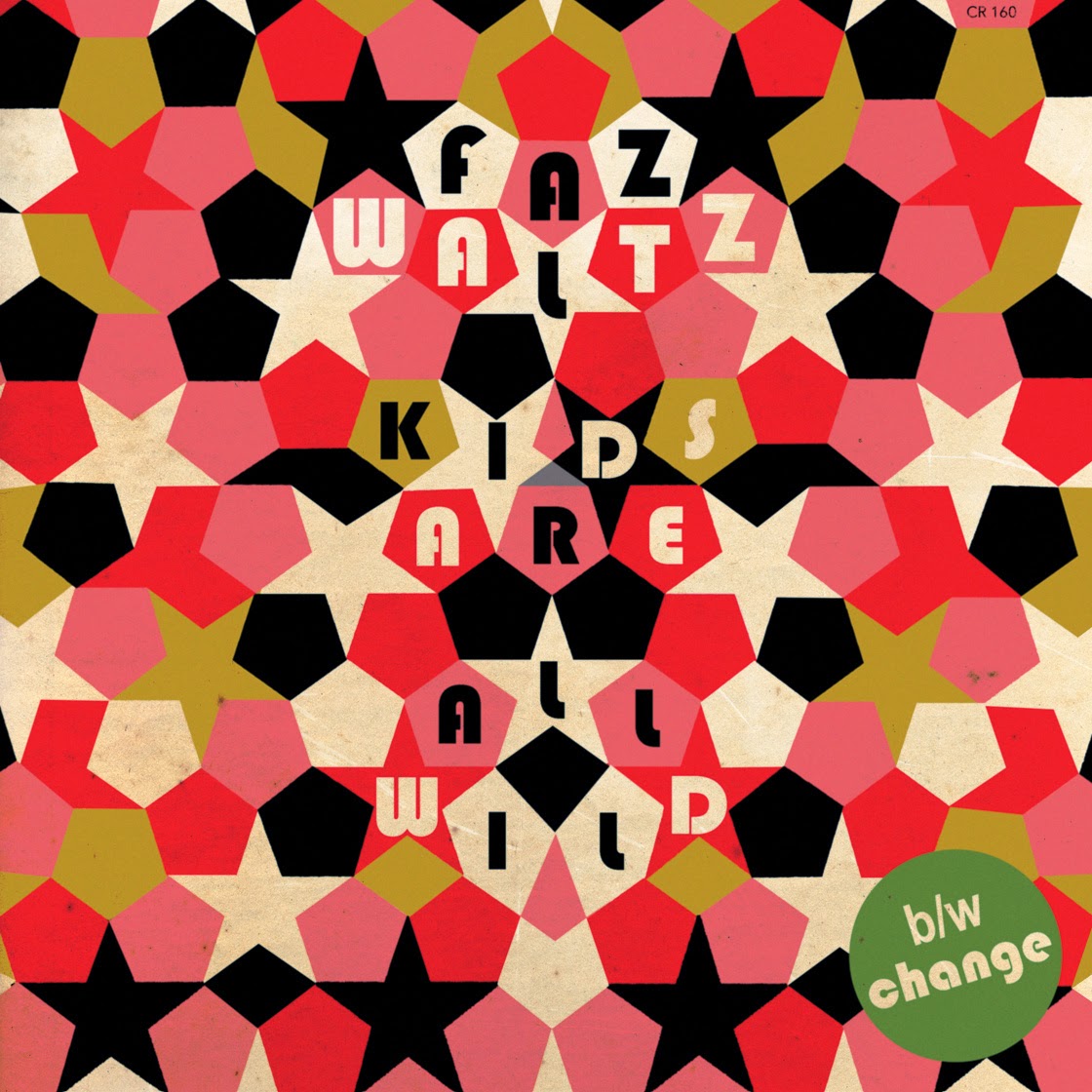 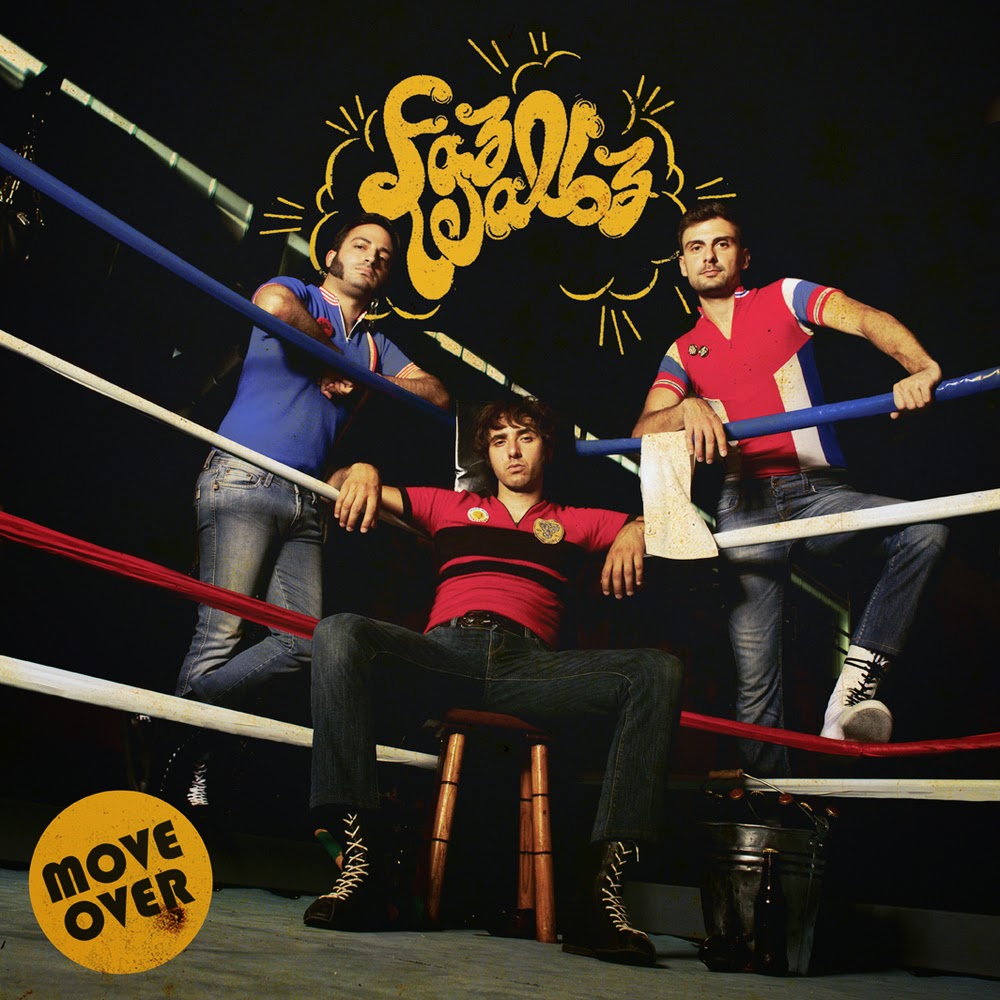 Faz Waltz – Kids Are Wild 7” / Move Over LP (Contra/Surfin’ Ki/White Zoo)
When you were studying all the proper subjects in school, Faz Waltz were studying T. Rex, Slade, Sweet and other obscure ‘70’s bovver rock/glam. While Giuda may get all the press, Faz Waltz has been delivering the goods for years. “Change” sounds like “Instant Karma” as if Marc Bolan wrote it and played it; while “Working Class Teacher” has Slade’s anthemic touch and silver boots all over it. 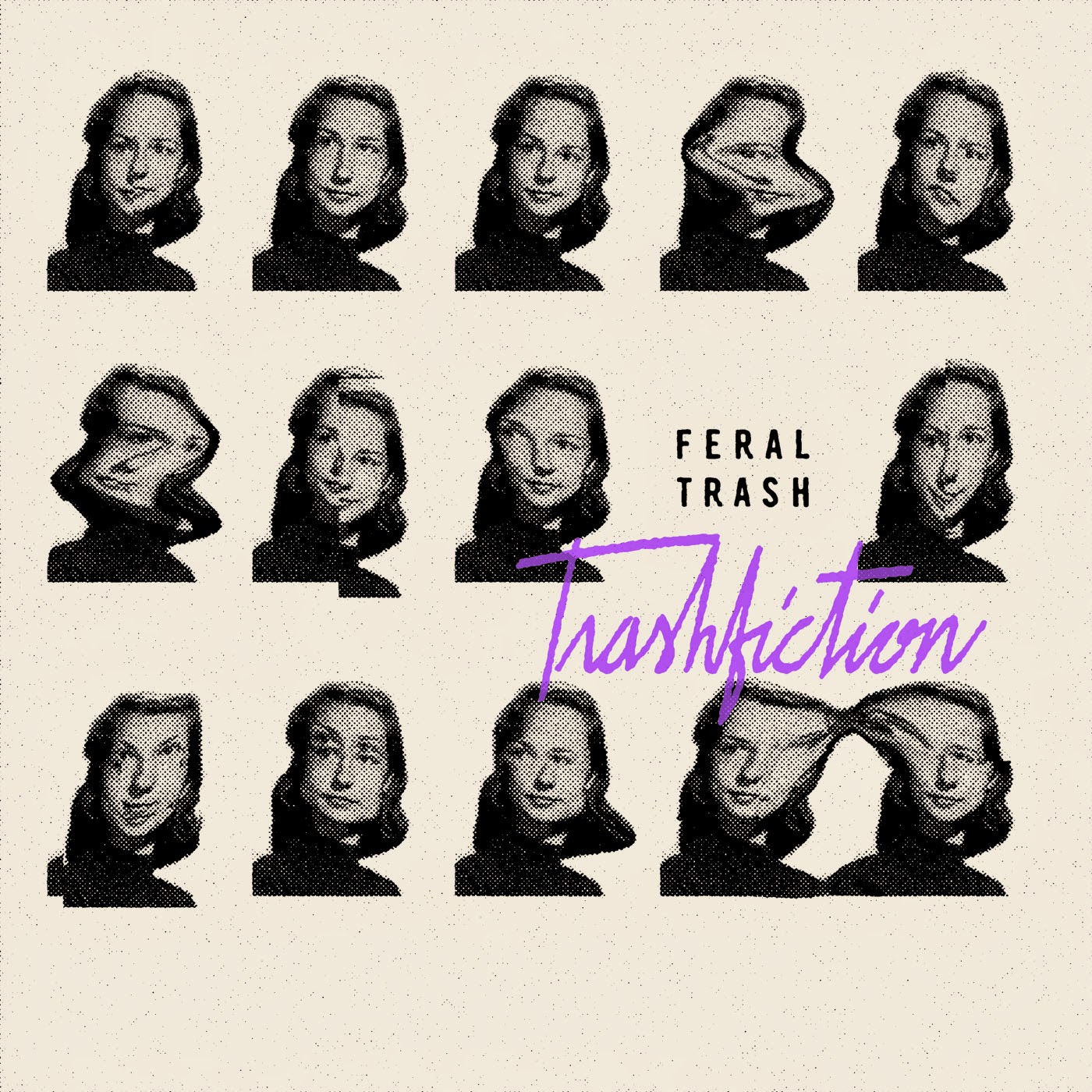 Feral Trash – Trashfiction LP (Dirt Cult/Mammoth Cave/P Trash)
There is a scene at the end of Ratatouille, where the highly skilled chef, that is also a rat, is faced with the challenge of wowing the infamously famous and cynical critic. The rat chef feeds the critic ratatouille, against the advice of the rest of the staff, but to the wonderment and amazement of the restaurant the critic falls in love with the dish, not because of the dishes intricacy, but it’s taste hearkens the critic back to a poignant and emotional connection of his childhood. Trashfiction is much the same way. Feral Trash doesn’t play fancy stuff and isn’t filled with hooks galore, but their simple melodies and sound remind me so much of Posh Boy era that I cut my punk teeth on. It’s where teenage kids bashed out classics in suburban housing divisions that are so full of youthful confidence and energy that they never faded even as the years went by. 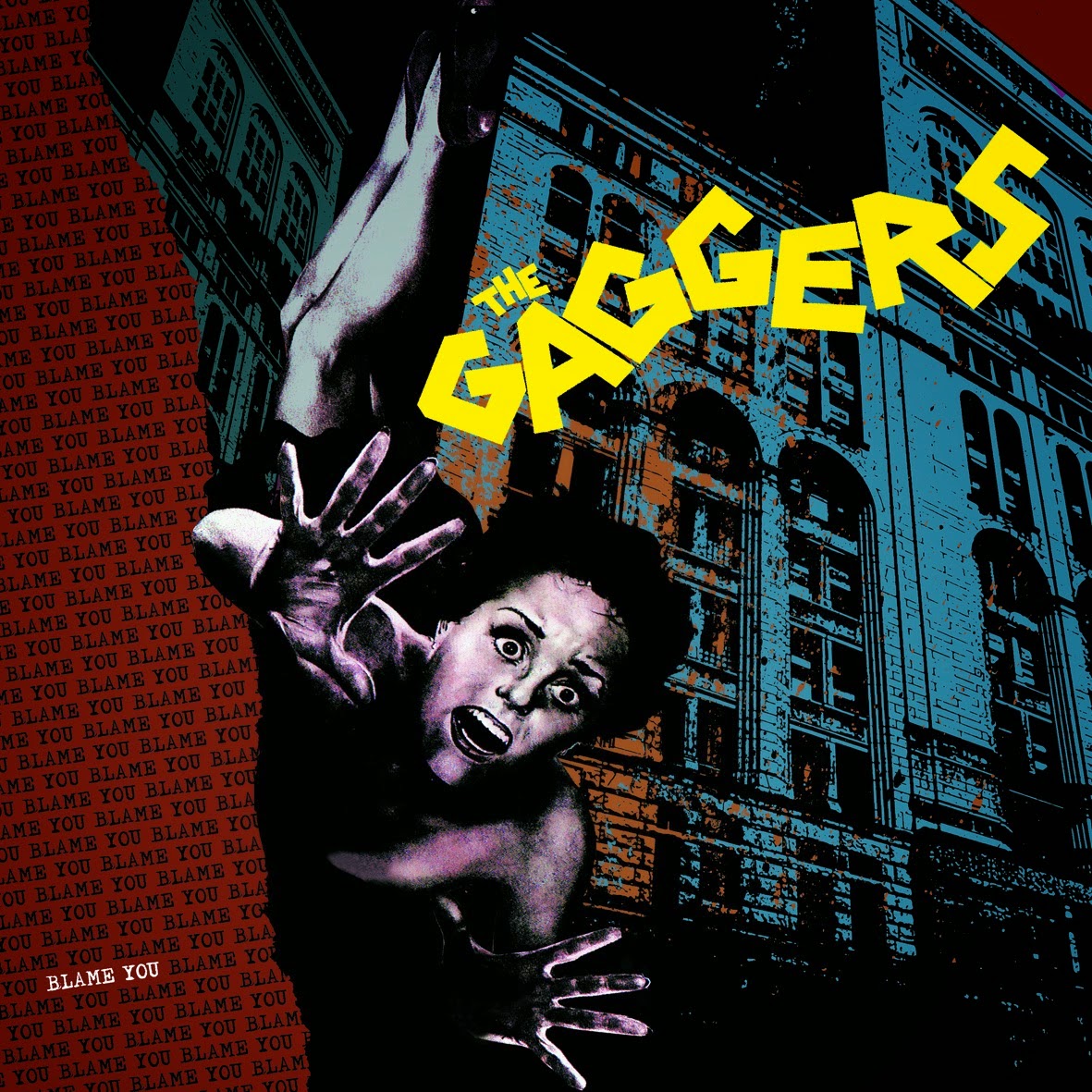 The Gaggers – Blame You LP (Wanda)
While Marco (Terminal Gagger) and Brandy Row put out more music in a year than most bands do in their career between Miscalculations and Brandy Row’s solo stuff and a host of other NFT bands, which are all really good, but The Gaggers are the pinnacle. Blame You is like a razorblade kiss for your ears. It’s so good that it could pass for a lost ’77 UK punk LP and “Instant Low” could toe to toe with any song from that era. 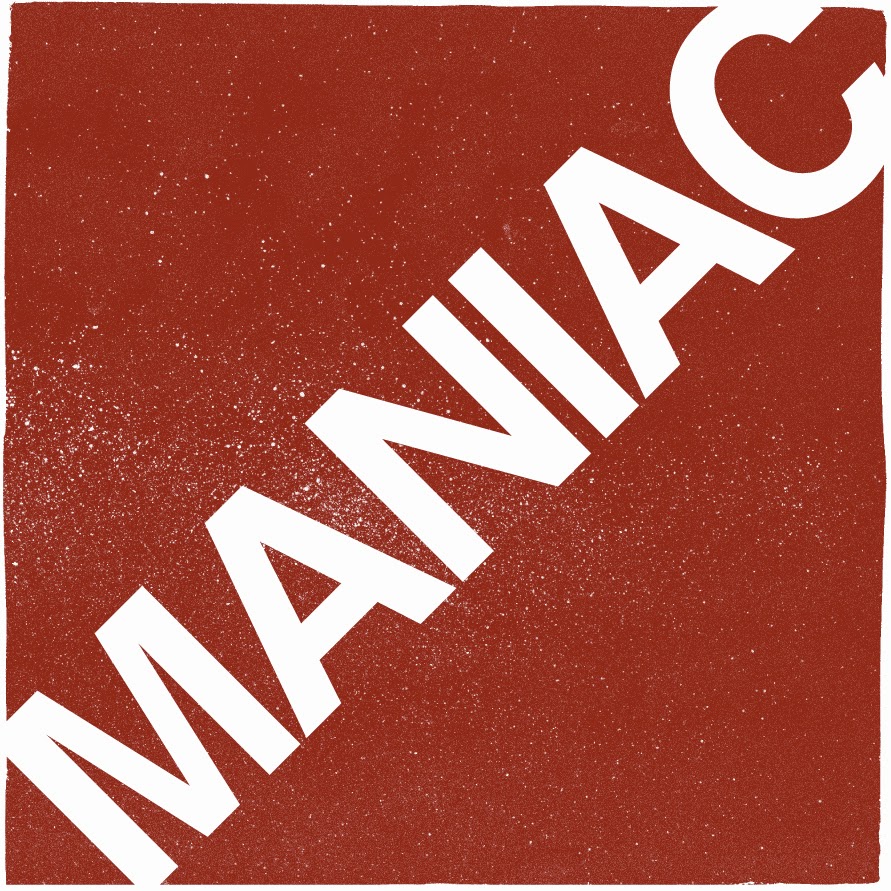 Maniac – Demimonde LP (La-Ti-Da)
As if the other bands these guys are in (LA Drugz, Images, Cute Lepers) aren’t good enough they decide to form this all-star band and wipe the floor with everyone. Hello LA, these are your new all-stars. Demimonde is a mish-mash of influences from The Dickies, Weirdos, Briefs and even Wire that these guys blend so effortlessly. 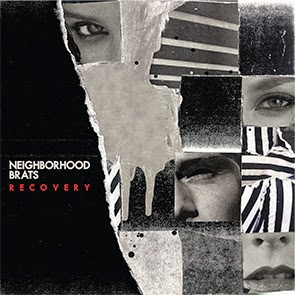 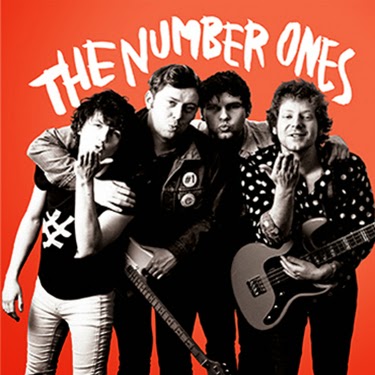 The Number Ones – S/T LP (Deranged/Static Shock)
Northern Ireland’s scene was much overlooked compared to its UK neighbors England. While England gets the punk glory, Ireland produced some of the era’s most seminal bands, Undertones, Protex, Rudi and Good Vibrations label. The Numbers Ones is the combination off all these great bands and their S/T LP is picks up where these bands left off. 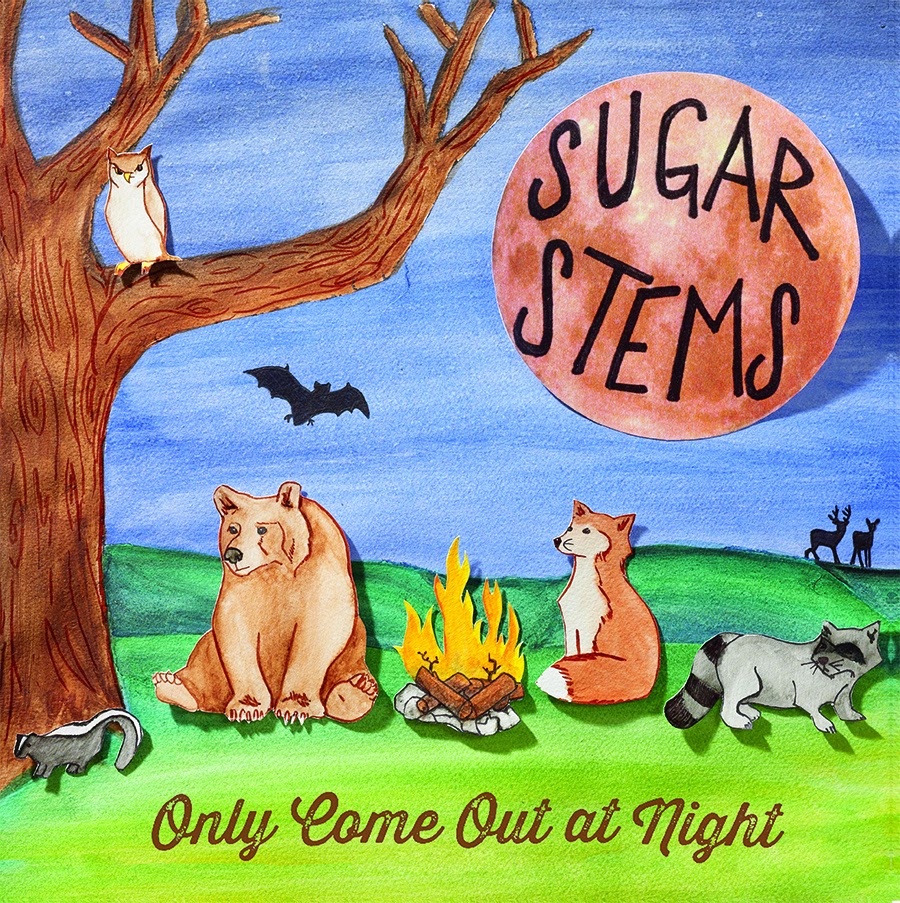 Sugar Stems – Only Come At Night LP (Dirtnap)
Sugar Stems may appear to be sweet and soft (especially considering the LP artwork), but they have a mix of sour in there as well. Sugar Stems could be the modern day equivalent of The Shivvers and Only Come At Night could be the proof. If the modern kids liked music with guitars as much as they like music with autotune, “We Only Come Out At Night” would be a mega-hit, but this hasn’t stopped Sugar Stems from writing hits and this shouldn’t stop you from listening to them.

Posted by Audio Ammunition at 11:11 PM