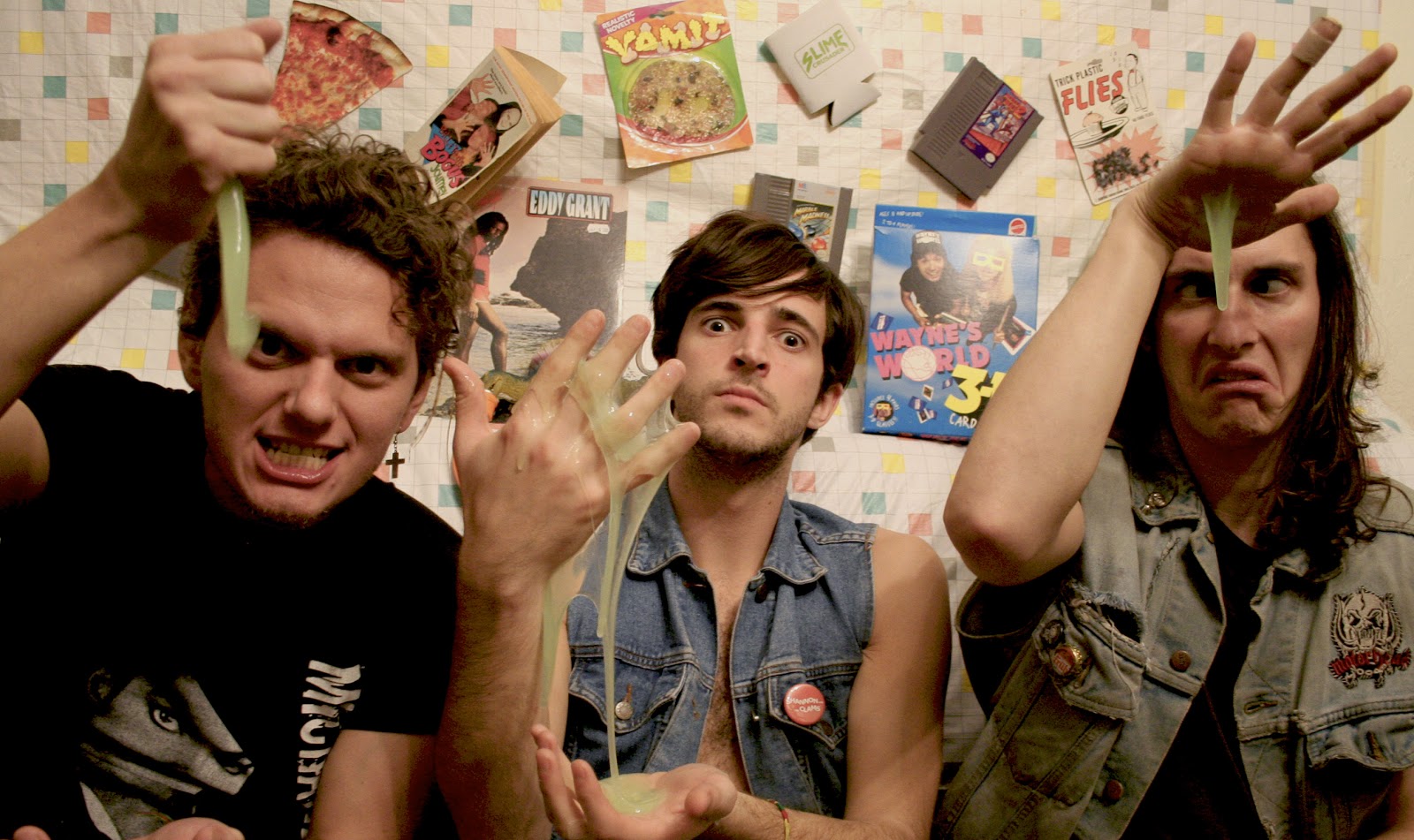 Who is in the band and what instrument do they play
BJ: Billy Jeans, guitar and vocals

Where is the band from?
BJ:  We started as a 2-piece in the Washington, DC area, played 1 show in Baltimore with Nobunny, and then moved to Portland, OR.

How did the band start?
BJ: Late nights in Jeans Wilder's parents' basement, drinking his dad's beer, listening to Ramones and Riverdales, writing really stupid songs.  We made some demos without any intention of "being a band", but the songs were good so we gave it a shot.

In your bio, which by the way was listed on CMT, it reads “Three punk rock goofballs who deliver fast, loud, and hooky tunes and revel in the pleasures of pizza, sex, and getting wasted.” Would you say this describes both the lyrics and band philosophy?
BJ: I can't say we write any songs about sex or pizza, but if that's what people get out of it, that's cool by me.  The lyrics and "philosophy" of the band center around partying as means of survival in a disappointing world and maximizing fun with a few teardrops in the mix.  Twisted Living, Bonehead Romance, Maturity Refusal, Retard Struggle.

JW: Yeah I can't see how any of our songs are about sex at all, but it is very cool that our band bio is on CMT.com. I'm cruising the site as we speak. Get country.

What is your favorite Ramones LP?
BJ: Currently, Pleasant Dreams.

JW: Yeah when it comes to which ones I actually listen to the most it is Subterranean Jungle and Pleasant Dreams. I'm probably one of the few that actually likes Adios Amigos too. It was my first Ramones album.

JJ.  The three of us spent two years living in the shittiest house on the planet, where every night was a party till the sun came up whether we wanted that or not.  Pleasant Dreams was the one Ramones record that got played every single night.  We went through some dark times with it as a soundtrack but its probably the one for me too.

How was the tour the band just finished up with Big Eyes?
BJ:  It was fun! We played Tijuana and Reno for the first times, got to see a lot of buddies, and got to see Big Eyes every night, who I love.

JW: We went to Sunken City somewhere out near San Pedro. I think SOMEBODY in our crew took a shit in the bushes there.

JJ:  Thats a no brainer, it fucking ripped! We all had a blast.

In a previous interview, it was stated that recorded their latest LP, On Mars “at a super shitty house in Portland,” it feels there is a deliberate attempt to capture a more melodic sound this time around. How deliberate was this choice in the songwriting and the recording process for On Mars?
BJ: Deliberate.  It wouldn't have been very interesting for us as a band to make another 'pop punk' album of 2-minute songs about how partying rules.  The songwriting for On Mars was an attempt to try new ideas; ideas that are consciously stupid as shit like shaking macaroni boxes, hitting hubcaps with Jager bottles, unnecessary key changes, slow jams, etc., but new things nonetheless.  The influences are all from outside the realm of 'modern punk' music.  The recording process is just whatever we are capable of doing before getting bored or passing out.
JW: In response to questions like this before I've always said that its actually kinda hard to sit down and write a 1.5 minute fast stupid "punk" song when you are deliberately trying to do so. Most of the songs on our first album just sort of ended up being that way, I don't think it was on purpose. 3 years later when we were doing album number two, lots of things had changed and we just sort of went with what we felt like doing.

Was Dirtnap interested in working with Mean Jeans before the songs for On Mars were written or did they hear the songs and then decide to put out the LP?
BJ:  We've done a bunch of records on Dirtnap, and they were on board before hearing On Mars.  I wonder how bummed Ken was when he heard it!

JW: I think there was a sort of non-spoken agreement that Ken would put out the next album on Dirtnap no matter what. In terms of "signing" us to Dirtnap in the first place, I always like to think that his wife was the one who convinced him to put out our record after seeing us play live a couple times.

Mean Jeans just finished playing Music Fest NW festival and are slated to play both FEST 2012 and the Fall Down Get Down. How exciting is it to mix in these bigger festival shows in with smaller bar/club/all-ages shows? Which type of shows does the band prefer more?
BJ: I am down to play any kind of show, any time, but a variety is important to us.  We've had offers to play on "real" tours with "real" bands from booking agencies and stuff, but aren't interested in playing only big clubs.  Gotta mix it up.  I also think Mean Jeans have fans in a few different 'scenes' so it's important for me to mix those crowds up as well.  Play pop punk fests, and play rock n roll fests. I like playing shows where everyone is wasted or just generally in it to win it.
JW: I think we have been pretty lucky with some of the "bigger" festival type shows that we have done in the past. We have always gone over well at Awesomefest, which is pretty much a pop-punk thing, but we also had a really good response when we played at Gonerfest last year, which is more of a rock and roll/garage-rock type thing. We somehow are able to fit in with all sorts of different "rock" bands. Which is nice. I must say though that the idea of playing on a huge stage in front of shitloads of people isn't very appealing to me personally. Soundchecks also suck. So, I probably prefer bar shows.

JJ:  In general, the appeal of where we play or what type of venue we play rests solely on the people coming out to watch us.  It could be a huge stage with tons of people or a basement with 15 people crammed in it.  If everyone else is having fun, then we're going to be having fun.  Mean Jeans is lucky enough to play for people that love to get drunk, get wild, crowd surf, throw beers and act stupid.  That's what we do.  I'm glad that we have had the opportunity to play in such a variety of situations though.  It keeps things from getting stale to play a big club one night and a shitty dive the next.

50 years ago people used to buy music and get their water for free, now people pay for water and get their music for free. How do you think this affects music in any way?
BJ: Music is for fun. I can't say we are really a part of 'the music industry' or that I really care about it.

JW: I'm hopelessly out of the loop when it comes to the current state of affairs in the music industry. I just found out who Nicki Minaj is. I'm basically still reeling from the shock of Michael Jackson's death.

JJ:  That’s pretty deep.  Too deep for the Jeans.

JW: You can get our latest MiniDisc at Sam Goody. At the mall.

What’s next?
BJ: Shooting a new music video now.  Then flying to South America and Florida for the first time.  We have a new split 7 inch with Big Eyes that is recorded and about to be pressed.  I want to tour Europe again and I want to lose my mind.